The new malt flavoured fruit juice-based drink is set to target all age groups. Priyanka Chopra Jonas and Jr. NTR have been signed as brand ambassadors. &Walsh, the creative agency for B-Fizz, has led the campaign narrative for the TVCs, print and digital 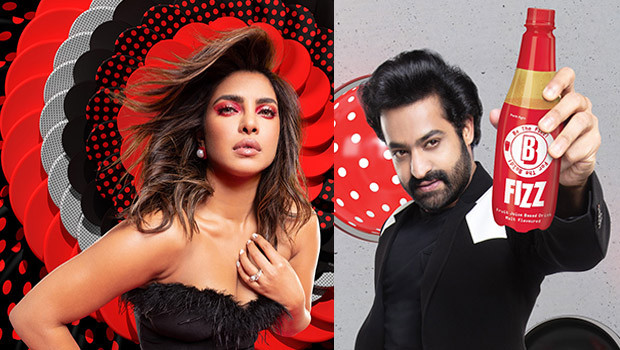 Beverage company Parle Agro has launched a new drink ‘B-Fizz’, a refreshing malt flavoured carbonated drink with apple juice. B-Fizz is a new addition to the fruit plus fizz-based product portfolio from Parle Agro, who pioneered this category with Appy Fizz.

The aggressive marketing, bold packaging and attractive price point is set to create waves in the carbonated soft drink (CSD) category. The brand has signed Priyanka Chopra Jonas as the national brand ambassador to maximise reach and awareness of the new launch, while Jr. NTR has been signed in as the brand ambassador for Southern India.

Positioned as a drink ‘For the Bold’, B-Fizz presents a unique, bold and invigorating taste profile. The malt flavour mirrors a strong taste of beer while the sweet tinge of apple juice appeals to the palette of all age groups. B-Fizz also stands out as a healthier alternative to synthetic fizzy drinks available in the market. Additionally, the strong and distinctive red coloured packaging resonate the boldness of this light and refreshing drink that is ready for consumption at any time of the day or night.

With marketing investments of Rs 40 crore, Parle Agro is looking to build tremendous buzz for B-Fizz through a high-decibel marketing campaign. It begins with two new TVCs, one featuring Priyanka Chopra for national media and the other featuring Jr. NTR exclusively for southern markets.

The TVC campaign will be supported by impactful and innovative print, mobile and digital activations. B-Fizz will also be the sponsor for select marquee television properties. The campaign will also be aggressively promoted across IPL on Hotstar and YouTube.  To drive excitement and demand, the brand has undertaken large-scale sampling of the product through various direct-to-consumer delivery apps. Parle Agro has even deployed OOH for higher impact across 96 cities as of now. Nadia Chauhan, Joint Managing Director and CMO, Parle Agro, said, “Parle Agro is always at the forefront of elevating experiences for its consumers. We love to push boundaries and constantly strive to introduce consumers to taste and experiences that increase excitement and B-Fizz does just that. Subsequently, we have been extremely particular about our Rs 10 price point that’s unmatched in the market. This dominance will not only help scale up our robust distribution efforts post the lockdown, but ensure B-Fizz is accessible to a larger audience. Our soft launch has already received positive feedback and we are eager to create maximum impact with B-Fizz across markets.”

B-Fizz is priced at Rs 10 for 160 ml SKU. The power of Rs 10 has successfully driven massive distribution expansion for the company and has become the fastest-growing SKU for Parle Agro. This Rs 10 price point also makes B-Fizz the only malt flavoured fizzy beverage brand in the market available at this incredible value.

With its new fruit plus fizz offering, B-Fizz, Parle Agro aims to grab a larger market share in the overall CSD category to become the No. 1 beverage company in the country.

Chauhan added, “We are thrilled to have Priyanka Chopra Jonas as the face for B-Fizz. Priyanka fits extremely well with our new product as her bold, distinct and vivacious characteristics represent the core qualities of our brand—bold, edgy and unique. We hope to build on Priyanka’s tremendous fan following and popularity across the globe to achieve our goal to become a leading beverage in the CSD category.”

Speaking about B-Fizz, Chopra Jonas said, “I’ve had a long association with Parle Agro and I’m excited to be a part of the launch of their new beverage, B-Fizz.  The campaign is bold, edgy and fun and I had an amazing time collaborating with them on the new commercial.  Fruit and fizz is an interesting category in the beverage market and the malt flavoured B-Fizz should be a refreshing addition, which I’m sure will soon become a favourite for many."

Speaking on his continued association with Parle Agro, Jr. NTR said, “It’s a delight to be associated with Parle Agro’s new flavoured sparkling drink, B-Fizz. The campaign is bold, it’s unique and I’m sure consumers will fall for the bold taste too just like I did.”

&Walsh, the creative agency for B-Fizz, has led the campaign narrative for the television commercials, print and digital. The films have been produced by Superlounge, LLC, New York, USA along with Scissor Films and directed by John Poliquin. 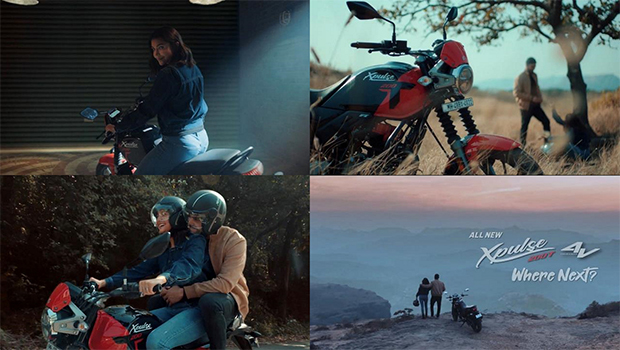