Apart from the sponsors, Star Sports has more than 60 advertisers for spot buys, PPL shows and features 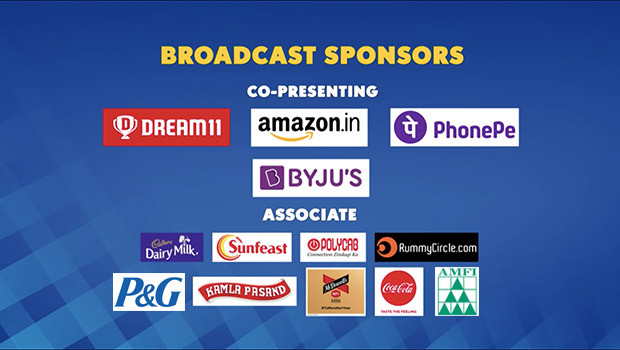 With two weeks left for IPL 2020 to kick off in UAE, the official broadcaster Star Sports has signed on 13 sponsors for the upcoming season.

IPL 2020 Title Sponsor Dream11 has come on board as Co-presenting sponsors along with Phone Pe, Amazon, Byju’s.

Industry sources told BestMediaInfo.com that Star Sports has sold out 75% of the inventory as on date.

Apart from the sponsors, Star Sports has more than 60 advertisers for spot buys, PPL shows and features, sources said.

Besides the traditional advertisers, key categories which are looking to leverage the Dream11 IPL in a big way are online shopping, Edutech, BFSI, Fantasy sports and Auto. All the relevant FMCG advertisers including Coca Cola, ITC, Mondelez, P&G, Nestle, Colgate, Britannia, GSK, Reckitt among others are participating in this edition of IPL.

Star Sports has increased its programming content for pre-shows thus making more inventory available for this popular asset for brands which want to participate in Dream11 IPL during the festive season.

Increased interest from BFSI advertisers, who are considering viewing this IPL season as a unique combination of festive and a high impact opportunity to engage and influence consumers whose buying behaviours have been disrupted.

Both the number of advertisers and the amount of ad spends is higher than usual, the sources said. “The network has witnessed heavy demand from brands, given the fact that Dream11 IPL cuts across gender and ages.”