She never aspired to become a doctor or an engineer as Randhawa always knew she wanted to do something in advertising or journalism. What she loves about account management is that it acts like a bridge between the client and the team 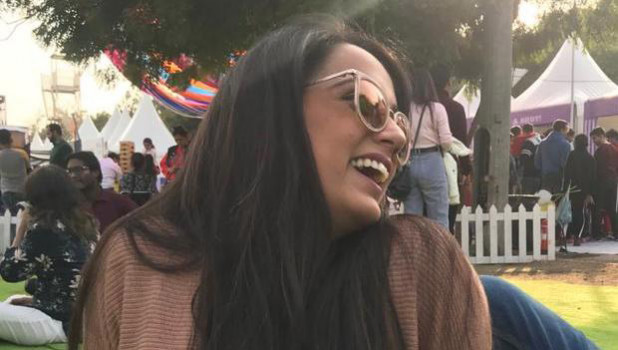 The hope of a good or better future makes 28-year-old Mahima Randhawa optimistic. “The fact that ‘change is the only constant’ makes me optimistic and I think that holds true for most of us. And yes, having faced a tough situation I tell myself, ‘at least I learnt something from this situation’,” she said.

As an Army kid, she travelled all throughout her childhood and studied in over eight schools. From a very young age, she knew that she wanted to be in the media industry. “I loved debating, participating in any kind of extempore, putting forth my opinions in front of large crowds, I was one of the few kids who never aspired to be a doctor, engineer or the likes.” She always knew her calling in life, though she wasn’t sure between journalism and advertising at that point.

After completing her 10+2 with over 88%, Randhawa pursued a Bachelors of Mass Media from St. Xavier’s Mumbai (2010-2013). After her graduation, she gained a few months of experience as a content writer for a Bollywood magazine and then as a PR executive in Mumbai. Then she moved to Delhi and did a diploma in Advertising and Marketing Communication.

After her diploma, she landed up in JWT for a three-month internship on Airtel. “There was no looking back after that. I had found the break I was looking for,” Randhawa said.

Randhawa said she gets her inspiration from her father. “He has always taught me to give my 100% in whatever I do in life. Set small goals at every step in life to be able to achieve something big. He has taught me that discipline teaches one a lot and you learn to value time. He taught me to be respectful towards all and to always remain grounded. But at the same time, he has also taught me to never shy away from speaking my mind and to stand up for myself and others if need be,” she said.

She loves the energy of the advertising profession. “I always knew my calling in life. I may not have been sure between journalism or advertising at that point, but then I had a college for that clarity,” Randhawa said.

“I was highly appreciated by the CEO and COO for my work and my contribution on a pitch for a radio channel,” she said.

In August 2016, she joined Ogilvy & Mather as a Senior Account Executive. “Within two months of joining, I gained the trust and confidence of my client, as well as my managers and, hence, was given one more brand to handle, Royal Stag Barrel Select,” said Randhawa.

In May 2017, she launched her own brand Meraki Desserts, where she shared her love for food with the world. “But soon enough, I realised that I was missing the madness, the fast-paced life, the energy and the passion that advertising brings to my life and that is when I joined MagicCircle Communications as Account Supervisor in May 2018.

“What I love about account management is the balance you have to find as you are the bridge between the client and your team. Understanding both sides and bringing out results that work for the brand is something that is very rewarding and morale-boosting,” said Randhawa.

Randhawa has been with MagicCircle for over two years now. “I was one of the first few employees of MagicCircle (started on May 1, 2018) and have enjoyed every day, growing and building MagicCircle with fellow magicians. I have over the past 2+ years been fortunate to have worked on an array of different brands, understanding their market and getting to learn so much more from each brand and the challenges it brings to you.”

According to Randhawa, at MagicCircle, the experience has been very different; everything is very hands-on there. All the theories one would have only heard of are applied there. One feels more responsible, not just for the brand, but the company as well.  In a way, every individual who is a part of MagicCircle is helping the company grow, alongside their own growth.

“Here, we all are one family. We happily work cross-functionally all the time. There is no one person who isn’t approachable. Our work environment is extremely open and that allows everyone to participate and learn equally, and this is something one doesn’t always get. Be it big or small, everyone gets involved in things and that’s the beauty of working with the MGC family,” Randhawa says.

Speaking on the most fun working project so far, Randhawa said, “I would definitely say the GoIbibo IPL campaign. Though it was promo-based, it was so much fun working as it had multiple legs that needed to be covered and with three different parties – Deepika, RCB and KKR. The list of the deliverable list was so comprehensive that it had every single person occupied to the fullest. And, of course, because I love cricket, this will always remain special.”

The most difficult project for her was the campaign she once did for Spice Jet. “I must have worked on it for eight months and that was my most challenging project. An eight month indeed it was. The expectations of this brand are very challenging, the stress levels are insane and the timelines at which work needs to be delivered are almost unrealistic. But I think it was a matter of a couple of weeks and then I programmed my mind to run in an auto-pilot mode. The kind of high this challenging brand gave me can never be matched. It was maddening but so fulfilling,” remembers Randhawa.

Her biggest strength comes from her army background. She has been in different schools, states, and met different people throughout. That has helped her understand that each individual is different and one needs to auto-tune oneself with each person to perform better.

“I do believe I over-empathise with people and situations and that is one of my weaknesses,” Randhawa said.

Speaking on her biggest achievement so far, Randhawa said, “It would be my time spent at MagicCircle. It’s been a roller coaster where I have had the chance to work on almost every possible brand and that too at times all at once. I consider that achievement because it only gave me more motivation as I could test my mettle. Honestly, this might sound clichéd but I take each day as it comes. While people have big ambitions, I have small goals set for myself at every step, which will help me to be a better version of myself, both professionally and personally in the future.”

In her free time, she watches cricket, even if it’s just highlights. Apart from that, she also loves to cook and experiment with new things.

“My advice to my juniors is always to speak their mind. And to not panic and not rush into things, to be able to grasp everything better and have a more fruitful output. One more important advice is that, it’s okay to take a break every once in a while, because maintaining your work-life balance is extremely important for you as an individual to be able to enjoy the things life has to offer.”