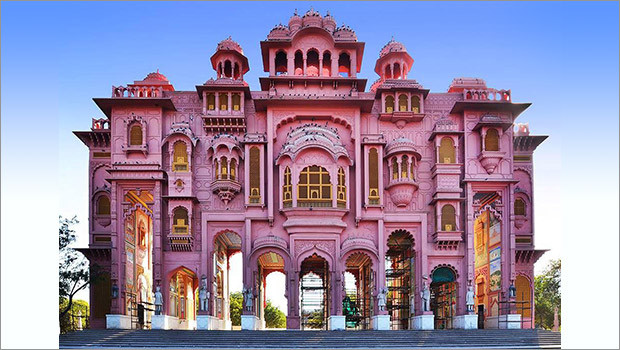 Prime Minister Narendra Modi will inaugurate 'Patrika Gate' during a virtual ceremony at 11 am on September 8. The 'Patrika Gate' is situated at Jaipur's Jawaharlal Nehru Marg. The inaugural will also mark the beginning of a new tourist destination in the form of the Patrika gate.

On this occasion, the Prime Minister will also launch two books - Samvad Upanishad and Akshar Yatra - authored by Editor-in-Chief of Rajasthan Patrika Group Gulab Kothari. Rajasthan Chief Minister Ashok Gehlot will be the special guest of this ceremony. Patrika Gate has been built as a unique memorial showcasing the architectural and cultural heritage of all the regions of Rajasthan.

Patrika Group has constructed 'Patrika Gate' as part of Mission Anupam Yojana of Jaipur Development Authority. The gate is built on the busiest Jawaharlal Nehru Marg of Jaipur and it is an attempt to bring together the art, craft, and cultural heritage of the state at one place.

Patrika Gate as a monument adds to the legacy of Patrika being embedded and unified with the cultural values of Rajasthan.

The nine-point Vastu principle has been given special attention while designing Patrika Gate. The gate engraves the architecture, culture, and lifestyle of every corner of Rajasthan; from Sriganganagar to Banswara and from Jaisalmer to Bharatpur, encompassing the princely regions of Dhundhar, Mewar, Marwar, Hadauti, Shekhawati, Brij, Vagad, Godward, and Ajmer. If a line is drawn from the North to South on the map of Jaipur, then the adorable Govind Dev Ji Temple of Jaipur, Garh Ganesh, Tripolia Bazaar, Talkatora, Ramnivas Bagh, Birla Mandir, and then the World Trade Park to Patrika Gate, the ancient-archaic form appear on this line. In a way, Patrika Gate is the southern gate of Jaipur.