The first phase of this campaign is live in print media. IPG Mediabrands forged this collaboration with Indian Newspaper Society for reach 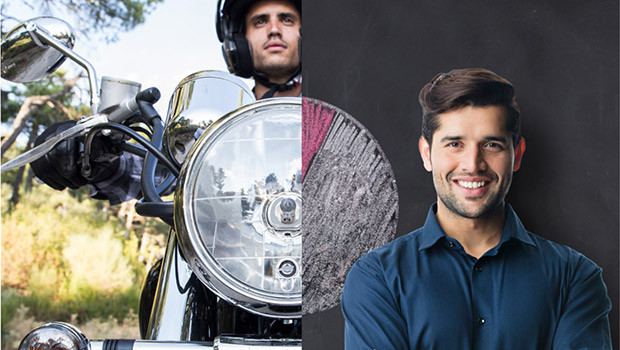 The onset of FY21 has witnessed the pandemic adversely impacting economies and jeopardising livelihoods, businesses and trade practices the world over. It has directly impacted the Indian economy too. The country's output for the April-May-June quarter was 23.9% lower than in the same period the year before. This is the first time that India has recorded a quarter of negative growth. For a country that has always relied on internal consumption, a continued lockdown may only worsen the state of the economy.

To remedy the situation, the Indian government is playing an important role to spur economic revival with various stimulus packages, subsidies and policies. People of the country are equally responsible for restoring consumption to pre-pandemic levels, complementing the efforts of the government.

‘Social distancing’ has been a major factor in distancing people from consumption. Recent studies indicate that more than half of the people have reduced spending on discretionary items. While large ticket purchases in categories such as auto and consumer durables have been deferred as expected, consumers have also taken a serious haircut in spends related to small ticket spends in intimate categories such as personal grooming.

Conceived by Mullen Lintas, ‘Rupaiyyah hai pahiya’ (Wheels of the economy) is an initiative to encourage consumers to start spending and to create liquidity in the market and help boost the country’s economy. The message will be amplified on the back of the extensive network provided by the Indian Newspaper Society (INS).

IPG Mediabrands forged this collaboration with Indian Newspaper Society to provide the necessary reach. The first phase of this campaign is live in print media.

Amer Jaleel, Group CCO and Chairman, MullenLowe Lintas Group, said, “There’s training inside Lintas to think scale and to think mass. We involve ourselves with brands yes, with marketing yes, but beyond that our embrace is towards our culture and our economy. Lintas cannot ignore what’s happening to demand and to consumerism as a fallout of the Covid lockdown. Too much of our work depends on consumer sentiment and reigniting consumer sentiment becomes not just necessary to our work and survival but it’s a calling, it’s a duty. Very early we recognised that this turn of the cycle will not revive on its own and the wheel of the country’s economy will need everyone to push. Spending with confidence is probably the only people-linked initiative that can bring about this momentum, and so we stuck our shoulder to the task and hope that the country gives it a heave too.” Azazul Haque and Garima Khandelwal, Chief Creative Officers, Mullen Lintas, said, “We’re happy and proud to have been able to do this campaign for the nation. Since consumer confidence and discretionary spending is down, our attempt has been to humbly nudge the consumer to not hold back and that every rupee spent is a rupee earned for the nation. That’s how the idea “Rupaiah hai pahiya’ was born to encourage consumers to keep the wheels of the economy turning.”

Talking about the collaboration, Shashi Sinha, CEO, IPG Mediabrands, said, “This pandemic has proved that if we can survive together, we can revive together. It is this collective that can help in crafting the ‘India Revival’ story. The series of unlockdowns announced by the government via print media is playing its part to spread the word. Consumers are closely linked to print media and the campaign message amplification is best suited for a message such as this. The campaign by Mullen Lintas, with a massive reach supported by INS, is a call to spend in order to save.”

Pleased about the contribution to the nation’s cause Shailesh Gupta, President, Indian Newspaper Society, added, “Newspapers are the lifeline of the people and have been responsible to bring about national upheavals. Even though a lot of people migrated to online versions, the readership remained like a rock. It plays a strong connection with the people joining them with the mainstream and bringing them up to speed. A reach such as this can be harnessed for a national initiative like Rupaiyyah hai pahiya and help to turn the wheels of the economy. INS proudly supports this campaign.”