Tata was unanimously elected at its AGM held on September 28 in Mumbai. Pradeep Dwivedi was elected VP, Jaideep Gandhi as Secretary and Abhishek Karnani as Treasurer. Punit Goenka will continue to guide the new team as Immediate Past President 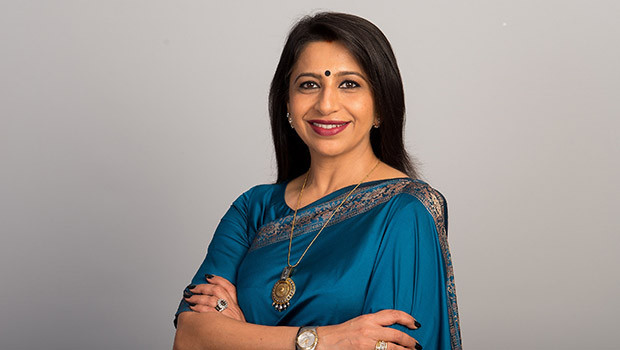 Speaking on her new role as President of IAA, Tata said, “It is an honour and a privilege to be leading the India Chapter of IAA. The legacy of past presidents, the great work they have done, will be continued as I endeavour to strengthen the India chapter and help build a strong ecosystem for the common good of the industry.  The strong representation of women in marcom is a welcome change and I am sure will lead to more meaningful work in the coming year.”

Speaking on the occasion, the Immediate Past President Punit Goenka said, “It was an absolute pleasure for me to lead the entire team of IAA, India Chapter during my tenure as the President of this prestigious association. I attribute the success and milestones achieved over the last two years to each and every member of the team. The association is blessed with dedicated professionals who are focused towards bringing a positive change across the industry. I am very glad to note that the mantle is now handed over to Megha Tata. Her able leadership and experience will add immense value to the association and I wish her and the entire team all the very best. As a proud member of IAA, I will continue to contribute my best, in order to enable the association to achieve its set goals for the industry at large.”

Tata currently leads multiple national as well as international industry forums.  She is on the board of Indian Broadcasting Foundation as a co-opted Director. She is also a board member of the National Media and Entertainment Committee of FICCI and member of CII National Committee on Media and Entertainment. Tata has been jury member of many industry awards like International Emmys, Promax, Children’s Film Festival, Golden Mikes Awards, International Women in Sales Awards, Impact’s 30 under 30 and many more. She has also been shaping young minds through guest lectures at educational institutes including IIT, IIM, ISB, UBS and more.

Tata has been bestowed with multiple industry accolades in her career. Recognised as the ‘top 50 influential women in media, marketing and advertising’, she was conferred ‘Women of the decade in media’ by the Women Economic Forum in 2018. Earlier, she received the Women Leadership Achievement award by the Women leadership Congress.

The International Advertising Association is a globally-focused integrated advertising trade association with membership representing advertising agencies and the media. The IAA comprises corporate members, organisational members, educational affiliates, as well as 56 Chapters with individual members and young professionals from 76 countries including the top 10 economies in the world. IAA is over 80 years old and is headquartered in New York.