At a media roundtable, Prabhakaran, EVP and Cluster Head South Business, Zeel talks about the growth of the network's South cluster channels and its strategy ahead 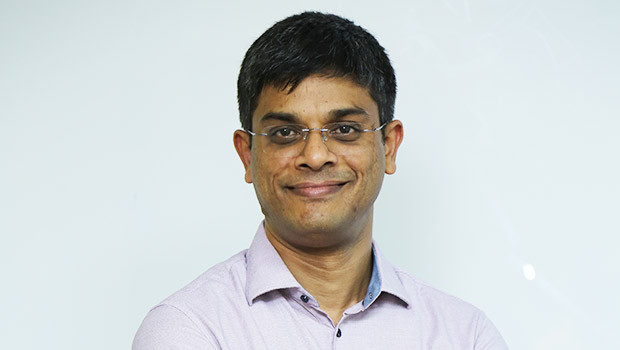 The Zee South cluster channels have seen massive growth in the past few months and with a strong content strategy for the region that includes a number of fiction and non-fiction shows, they are aiming big for the festive season, says Siju Prabhakaran, EVP and Cluster Head South Business, ZEEL.

“Festive season will be a part of a bigger recovery that will happen. It will be a stimulus to the whole industry in general,” he said.

Prabhakaran said the advertising sentiments did go down during the first two months of the lockdown. However, ever since the original content has returned starting from Zee Kannada, which was one of the first channels in the GEC category to return with fresh content in the market, there has been a month-on-month recovery.

He said Zee Kannada, Zee Telugu, Zee Tamil, and Zee Keralam have made strong comebacks. “Zee Kannada after comeback is a leader in fiction and non-fiction, prime time, non-prime time, weekday and weekends, becoming the strong no.1 channel in Karnataka. Zee Kannada is a slot leader during the prime-time band,” said Prabhakaran. The channel additionally has a 36-37% market share.

Speaking about their content strategy ahead, he said they have a marque property Zee Kudumba Awards, and are also launching Comedy Kiladigalu. They launched a new season of SaReGaMaPa on Zee Kannada recently with 9.8 TVR. For Zee Telugu they launched 14 fiction shows together in a day.

“We are the first channel in AP market within GEC space to come back with originals post lockdown. We launched all the 14 fiction shows in a single day with a powerful brand campaign of the comeback called ‘Vinodaniki Aahvanam’, meaning ‘Welcoming back the entertainment’ through our brand ambassadors from our prime time shows,” he added.

Speaking about Zee Keralam he said, “The most heartening piece is that our new channel Zee Keralam within 1.5 years has gained around 13% share in the Kerala market, building on the back of fiction shows, which is the pillar of any GEC channel. The forthcoming weeks will see Zee Keralam launching two non-fiction shows.”

Prabhakaran said their movie genre channels have grown during the lockdown period. “Zee Cinemalu during lockdown benefited from the spurt in interest in the movie genre and the market share increased 22% to 27% and became strong no. 2.”

He said as no movie releases have happened in the past six months, they have a number of big premieres lined up for the upcoming months. “To give freshness to our channels and the South being a very vibrant market where content travels from one market to another, we are also looking for dubbing these movies in languages for all the markets,” he added.

Speaking about the ad response on the cluster channels he said, while April and May saw a steep decline in advertising, they are seeing a month-on-month improvement. “We see that in September the festival buoyancy to push ad revenues up to November and with business coming back and retail outlets opening up, there is a conducive environment for people to go out and shop. While the threat of the virus will still be there, we can co-exist in the current situation till a vaccine is found. We see the comeback of advertising as a positive sign,” he added.

Prabhakaran said across the southern markets, Zee cluster has a 20% share of the all-India viewership and 1/3rd of viewing is from South India.