Digital’s salience has grown but reach of traditional media is double: Sapna Arora of OLX

Arora, CMO, OLX India, tells BestMediaInfo.com how traditional media holds credibility, a sense of ‘largeness’ for brands. Having witnessed a significant rebound in business and transactions after unlock, she talks about its new franchisee model for pre-owned cars 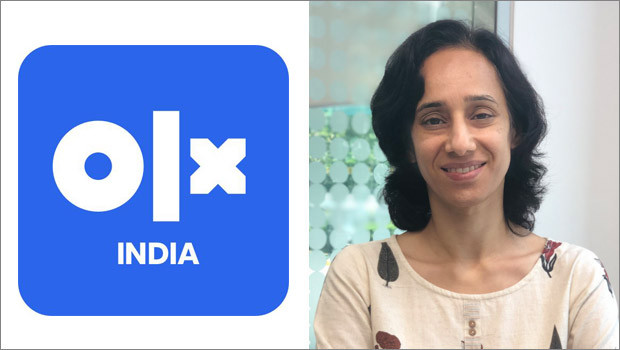 For online marketplace OLX, the choice of communication channels is driven by where the consumers are spending their time.

Being a digital-first brand, coupled with the fact that there was a sweeping shift in favour of digital consumption in India, digital has continued as a primary mode of staying in touch with consumers.

She said, “The reach of traditional media is still roughly double that of digital. Plus, there are certain advantages like credibility, a sense of ‘largeness’ or being a national brand that a traditional medium can bring, which digital cannot. For an online ecommerce player having aspirations of deep penetration, this holds true.”

The brand is not doing a media partnership with IPL.

“OLX as a platform can help cricket enthusiasts not miss out on seeing their favourite heroes in action just because they don't have a device to view it on. We will communicate with our consumers around IPL time to help them upgrade/ buy a device that they can enjoy the matches on,” she said.

According to her, it is not a question of whether a medium is new-age or traditional; rather, it is where can one get a few seconds of consideration that the brand is vying for.

Arora explained how the salience of digital media has grown exponentially in the past few years in India. And this trend was further fuelled during the lockdown, with people hooked to the internet as a means of contact with the wider world.

The brand largely used digital channels for all major communication amid the crisis.

Starting its first set of communication around safety and basic dos and don’ts, it spoke to people about their general well-being while creating a channel for consumers to join OLX India in its relief efforts for migrant labour.

No one was prepared enough for the kind of predicament Covid-19 brought. Arora said one has to stay flexible and nimble while keeping the dialogue with stakeholders on, amid the crisis.

She suggested one should stay focussed on long-term strategy and be humane in its communication.

Apart from this, whenever there is an economic downturn, people tend to gravitate towards pre-owned goods as it is not only cost-effective but also allows them to generate liquidity from items they no longer need. Also, being at home makes it convenient for us to sift through things we may no longer need.

And thus, OLX has seen a surge in demand and supply for pre-owned goods, since the ‘unlocking’ of the economy started.

During the lockdowns, consumers were unable to venture out and hence transactions dropped significantly.

Given the fact that consumers are decreasing their discretionary expenditure, their consumption patterns have veered towards pre-owned goods, such as cars and smartphones.

A pre-owned car or a smartphone can easily be 10% to 50%+ cheaper than a new variant.

Hence, consumers are going that extra mile to save money even if it means they purchase a slightly older version of the product.

Ownership period of these products has declined over the years, meaning higher churning. Hence, consumers are able to get an almost new car or a barely used smartphone on OLX at a great bargain.

“Our key categories such as automobiles, smartphones and goods overall have seen a great rebound. In automobiles, the demand for pre-owned cars is 25% higher than pre-Covid levels while there has been an 82%+ growth in demand of pre-owned smartphones. Our goods category has seen a strong rebound, as demand and supply have gone up by an average of 68% and 25%, respectively, compared to pre-Covid levels,” she said.

The brand is seeing a significant rebound in business but Arora still perceives it through a lens of cautious optimism.

“We have seen an increase in traffic and user interest from ‘Bharat’ — our tier two and tier three towns. Given the fact that the pandemic has had a limited impact on these markets and agriculture as a sector has been doing exceedingly well, consumers in these regions have shown more appetite for using our platform,” she added.

Tier two and three cities contribute to 60% of its platform traffic (the rest 40% coming from Tier one).

In the month of August, it had announced the launch of its new franchisee-led pre-owned car retail offering under the brand name ‘OLX Autos’ to bolster leadership in the pre-owned cars market.

For consumers, this brings a host of benefits such as access to a larger inventory of verified cars, extended warranty services, roadside assistance, and insurance on their pre-owned car purchases.

“The new franchisee model aims to bring in India’s 80% unorganised pre-owned car ecosystem into the organised domain while enhancing the element of trust among dealers and consumers. We plan to do so by bringing the two together in a reliable and trustworthy retail environment,” said Arora.

The new franchise model has many new offerings to ensure franchise-led outlets replicate the values and processes of the company. In order to standardise the offering and present customers with a trustworthy experience of buying pre-owned cars, each certified car will undergo a stringent inspection process based on parameters such as the condition, kilometres driven, authenticity of documentation and more.

Talking about the rise in cyber frauds during these past few months, she said the brand is aware of such crimes.

“OLX’s role in connection with cyber-crimes is three-fold. One, to prevent fraudsters from entering the platform, which it achieves through its robust technology filters and site auditors. Second, educating users on how to transact safely on the platform. It does this by investing heavily both in-platform education, offline workshops and through social media channels. And finally, OLX reacts swiftly to frauds that have taken place where its trust and safety helpline provides users with an effective means to report fraud and for law enforcement agencies to expedite their information request to solve cases before them,” she said.