Commentary: How TRAI killed consumerism in the name of consumer interest

Bouquets offering more channels give more choices to consumers and regulating them means restricting the choices. TRAI, through NTO, is deliberately curbing the consumer’s choices by killing the concept of 'occasionally viewed channels', which is proving to be a death knell for 'niche channels' 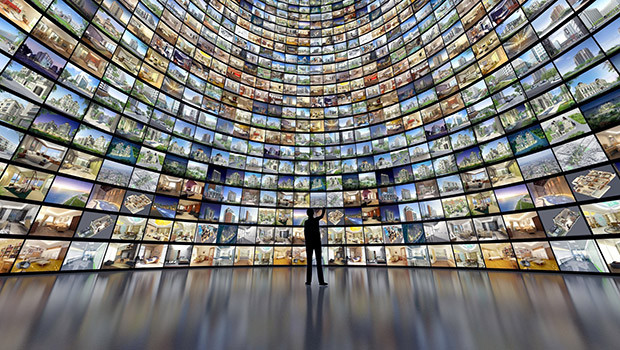 Picture this: You go for shopping and at the billing counter you are told that if you pay an additional Rs 200, you will get a product worth Rs 1,000. You are a kind of customer who does not fall for such offers and you don’t buy it.

Another person at the next billing counter finds the offer lucrative and picks it, irrespective of the usability of the product. And another person is lured by combo packs and so on.

What if someone asks the seller that it cannot offer this much discount, or put “twin conditions” on the pricing of a combo pack, or says the seller is not allowed to push a useless/lesser used product with an MRP of Rs 1,000 for Rs 200, or that the seller can offer such deals only in festive seasons but not throughout the year.

Now, where do in the free trade world such restrictions hold any ground, except what TRAI is doing in the broadcast industry in the name of consumer interest? Does TRAI mean to say that the Indian consumer does not know how to spend wisely?

Let us come to the TRAI’s logic of negating the concept of MRP. Well, TRAI Secretary Sunil Kumar Gupta gave his “industry-famous pen and goggles” analogy to me in a casual conversation during an open house earlier this year where the seller is not telling the MRP of the free goggles offered with a pen. To that extent, asking the broadcasters to declare an MRP for each channel is quite an achievement for bringing transparency into the industry. And they are free to put any MRP they want under the new tariff order.

However, TRAI has capped MRP when a channel wants to be a part of a bouquet. In the new tariff order (NTO), it was Rs 19, which has been lowered to Rs 12 in the NTO 2.0, which is subjudice in the Bombay High Court.

Does TRAI think MRPs are fixed arbitrarily and done deliberately to push “unwanted” channels, a term used by the regulator for niche channels in the new tariff order?

The answer is that even if it is fixed on the basis of the pull the channel has created, that pull has been created because of its high quality of content. Had it been a case of arbitrary pricing, niche channels such as Zee Cafe would not be priced at Rs 15.

On the other hand, if someone is offering content for free to attract more advertising revenue, it does not mean the content has no value. So concluding that the pricing of a channel is never logical is illogical.

Isn’t it an overreach to control the business models of broadcasters?

As far as influencing the consumer choice is concerned, an average Indian consumer is considered to be the wisest buyer in the world. And paying extra for additional channels is the consumer’s individual choice. Moreover, it is also a seller’s right to sell its products to a consumer until it is not looting the person.

So, doesn't the regulator suggest that the broadcasters are/were looting the consumer?

While reviewing my channel package on Tata Sky the other day, I picked three Zee channels each priced at Rs 22 (including taxes) and one channel priced at Rs 11 and the total was coming to Rs 77. Before confirming the choice, the Tata Sky website threw an option to “optimise”. And I was offered 20 channels from Zee at Rs 70. It saved Rs 7. I may want to surf the other 16 channels (which came for free).

According to TRAI, on an average, a consumer watches 50 channels but it did not specify if this counts both free and pay channels. What TRAI fails to understand is the consumer behaviour of surfing the channels. While the number of channels watched regularly by a consumer may be far less than that being claimed by TRAI, the regulator's micro-management of bouquet formation and pricing seizes your right to surf more content and view them occasionally.

Bouquets offering more channels give more choices to the consumer. Regulating them means restricting the choice of a consumer.

Influencing consumer behaviour is what all the businesses mean to do. Whether it is by the means of promotion, advertising or discounts. While the regulator has streamlined the sector by introducing MRP and brought transparency when it comes to implementing CAS where every household is on the record, its twin condition on capping the MRPs of channels by forming bouquets is certainly an overreach, which is not benefitting either the consumer or the broadcasters.

While a handful of cable operators may be rejoicing that their complaints have been heard by the regulator, they must introspect their falling subscriptions and profitability.