For three months, starting from March 23 till June, advertisers stayed away from media glare and no particular revenue-generating business happened for ad production companies.

Even after the phase-wise unlock, very few productions are taking place. There has been a massive slash in the production budgets of client since the crisis. The penny-pinching behaviour of clients is asking ad production houses to work for less.

Advertisers continue to squeeze production budgets and production houses are operating at less than 50% of earlier budgets.

In a conversation with BestMediaInfo.com, heads from ad production houses talk about the problem elaborately. 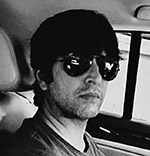 The impact of the pandemic and the lockdown has been as disastrous on advertising production houses as it has been on other businesses across the board, feels Cyrus Pagdiwala, Executive Producer at Corcoise Films. 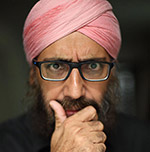 There has been a massive slash in budgets by clients and that‚Äôs impacting production houses. ‚ÄúWe did a lot of films on a lesser budget than pre-Covid times,‚Äù said Dalbir Singh, Co-Founder of Kiss Films. Singh said budgets have reduced to half compared to pre-Covid times.

According to Pagdiwala, ad production houses particularly lost out on the IPL season, which is an important yearly revenue earner for them.

Businesses have started up moving slowly after the unlocking but during the lockdown, a lot of work in production houses had halted. Experts said that with no celebrity shoots taking place in India and abroad, the planned work went for a toss.

Not all clients are making ads, said Amita Madhvani, Producer, Co-Owner at Equinox Films. Luxury and semi-luxury brands have slowed down but essentials and hygiene brands have picked up.

Essential categories that have witnessed growth in business during the crisis are spending on advertising like in pre-Covid times. Non-essential categories cut down on their advertising costs. The auto sector, which was a big spender, was hit badly and as a result, the budgets fell to one-fifth of what the sector was spending during pre-Covid times.

At the beginning of the lockdown, brands started with 1/10th of their production budgets. After three months, they increased their spends and further increased it after the unlocking. ‚ÄúIt‚Äôs getting better and by IPL, clients will start spending quite close to pre-Covid times,‚Äù feels Singh.

Ad production houses are hoping that increasing demand for two-wheelers will bring back work with no penny-pinching in terms of production.

‚ÄúMany brands are selling two-wheelers as they were used to before Covid. The edible category is spending a decent amount of money. The spends on production is directly proportionate to how the sales of brands are getting impacted by the crisis,‚Äù said Singh

Outdoor shoots are not happening in a spree but indoor shoots have started at a good pace, Singh said. ‚ÄúWith less number of employees and more and more work in reduced budgets, working remotely is a pain. When we sit across the table, discussion on work is more effective; it‚Äôs more brainstorming with less stress.‚Äù

‚ÄúSo far, we have been making films remotely and with full safety protocols outside Mumbai. This is the first month when we will start shooting in Mumbai. So now our regular crew gets work and we are happy about that. Following full government mandates and safety measures for all crew is a priority,‚Äù Madhvani said.

According to Madhvani, production budgets of clients came down because small and simple scripts were being written and shoots became less expensive. ‚ÄúSlowly with lockdown opening up, the scripts will open up and there will be more outdoor shoots‚Äîof course, safety permitting.‚Äù

But Singh said preparing Covid insurances and other sanitisation processes are making shooting a bit expensive than before, and it has become an extra expense in times of reduced payments.

Experts speak about the trend of celebrities self-shooting and recording at home and how it impacted the business of ad production houses.

‚ÄúWhen a film is based on actors shooting themselves at home, there is very little for anyone to do. No crew, no equipment and hence no employment and no billing gets generated. This is an all-round loss,‚Äù said Pagdiwala.

But Singh felt it has not impacted the business and that the trend won‚Äôt last long. ‚ÄúEven if the actors are shooting themselves, there‚Äôs always a production house involved in getting it organised and arranged many things required for it. Clients also want to make a good film. If they have a script, they need it to be shot and told in a certain way and it has to be done with proper production.‚Äù

Artists, employees and talents worked on a reduced price ever since the crisis hit the country. Heads of ad production houses say everybody has to adjust to the budget. If the budgets are low, the fees automatically get reduced. But rental costs of shooting equipment remained constant at the same time.

‚ÄúDepending on the brands and their production budget, the payment is decided. Everything is related to the budget of the product. If I get the pre-Covid rates for a certain project, then everyone working on that project will get paid like pre-Covid times,‚Äù said Singh.

Initially, since everyone was at home for three months, talent, crew, vendors and equipment suppliers were all hoping to start and churn out something at any cost. Now after a month of unlocking, the crew and vendors have started normalising prices to a certain degree (maybe about 20% lesser), Pagdiwala said.

‚ÄúEveryone is working for less. Everyone knows we have to tide over and less money is better than no money. So everyone is doing their best to make it happen and stay afloat,‚Äù said Madhvani.

But will ad production houses re-structure their business model with the rise in digital films?

Experts said like agencies, production houses don‚Äôt require skill sets and talents to adopt digital. Ad production houses need to hire people who can work at a cheaper price on digital as the budget for digital is less.

‚ÄúWe don‚Äôt need to hire different skillsets, we just need to hire people who can work on things at a cheaper price,‚Äù said Singh.

‚ÄúFor us, if a client says that a film is going to be digital, that means the budget is going to be less and we have to figure out whether it can be done or not. We still get scripts from the agencies for digital ads. For us, only the budget changes if a film is for digital. I have seen many scripts that were for TV but were run on digital,‚Äù Singh said.

Singh said that as a production house, to be ready for digital, they have to be nimble in the way they approach things and execute the project at a lesser cost.

The margins were under pressure since the advent of the digital boom and a parallel boom in the no. of production houses and directors, Pagdiwala said. ‚ÄúWhat people don‚Äôt realise is that the platform is not a reason for the cost to go up or down; the size of production and the quality of crew one engages is why costs vary,‚Äù Pagdiwala said.

Speaking on actors and employees getting late payments and fewer opportunities to work, Pagdiwala said, ‚ÄúThe amount of work generated is not equivalent to liquidity and timely payment schedules. A lot of advertisers have chalked out 90-day credit periods. Some like Volks-Wagon insist on working without an advance. There‚Äôs great pressure on production houses because of this. At one end, you have to make daily payments to daily wage earners and studios need to be paid 100% before you call a wrap. It‚Äôs a vortex and it‚Äôll collapse.‚Äù

Singh said late payments from clients lead to such situations. In some cases, production houses get payment after months and years of work.

‚ÄúIt depends on profitability and who is handling the finances. If a production house is not producing enough films, it becomes difficult to pay. It impacts the revenue of actors and employees,‚Äù Singh said.

According to Singh, since the unlock production houses are working with local talents of the shooting regions to optimise spends and that can be a reason for talent in metros facing fewer work opportunities.

Speaking on being optimistic, Pagdiwala said, ‚ÄúThe Indian attitude makes me optimistic. We have a large consumer base in any business model and hence all business is bound to spring up. I don‚Äôt see this situation staying for more than three months.‚Äù

‚ÄúI feel optimistic when I see us having and doing loads of work. The whole thing is like an artificial bubble. When you get busy with work, everything seems normal,‚Äù Singh said.