Experiencing a major slump in sales because of the pandemic, the real estate industry is expecting an uptick in transactions this festive season, although not equivalent to pre-Covid levels. The sector is likely to focus more on digital advertising compared to traditional print media. 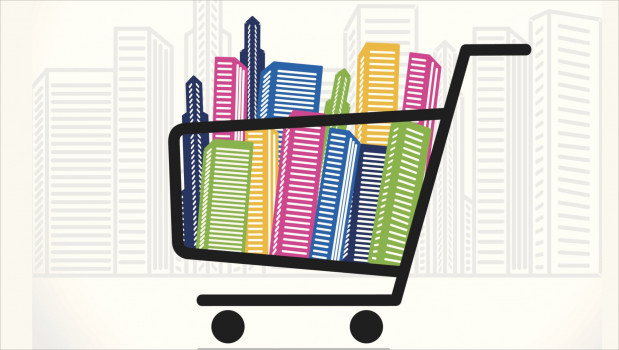 The already struggling real estate industry has taken a major hit because of the ongoing Covid pandemic. The sector, however, is hoping for slight recovery in the upcoming festive season as fresh enquiries are flowing in from customers.

Industry leaders say the luxury segment is catching up faster than low-cost housing.

Priti Murthy, CEO at OMD India, said while the pandemic led to a slowdown for the industry, the festive season is a time when people’s spirits are uplifted and real estate is expected to see some growth. Karan Kumar, Senior Vice-President and Chief Marketing Officer at DLF, said that even though the brand was expecting sales to be a complete whitewash in the quarter gone by, it has done significant amount of sales of around Rs 200 crore.

He mentioned how the luxury segment is doing very well. With consumer preference shifting to the ready to move in space, he said people are still buying properties. In rural areas, there isn’t a branded and structured real estate industry. But in cities, he said the sentiment overall has been on the upswing, and it is cutting across various segments not just luxury but even in affordable housing.

Eshwar N, Chief Marketing Officer, Casagrand, said how many people believe that the festive season is an auspicious time to invest in property. And, therefore, the sector expects sales to pick up this festive season as many new homebuyers will want to take advantage of various offers and invest in a home.

He said, “The overall consumer sentiment is gradually improving over the last few months. During the festive season, we expect the sentiment to be increasingly positive. This will be fuelled by the growing consumer importance of owning a home— real estate being the safest investment, great developer deals and an all-time low interest rate on home loans.”

A spokesperson from the Dynamix Group added, “Structural factors have led to improved sentiments with respect to the purchase of high-quality homes from reputed developers.”

Ankur Gupta, Joint Managing Director, Ashiana Housing, said the sentiment in the real estate sector has been quite buoyant. One can expect a positive development in the festive season as there is a lot of interest in real estate purchases, he said.

Unlike other commodities, buying a house is one of the most significant decisions in a customer’s life; the gestation period is fairly long and the final purchase is made only after several iterations, comparisons, and deliberations from family members.

And the prevailing pandemic followed by the complete lockdown (in the initial phases) had impacted the market sentiment.

But the market is slowly but steadily recovering and has started witnessing traction, and there is an increase in enquiries in the last couple of months, said Abhishek Kapoor, COO, Residential, Puravankara Limited.

The company recently did three property virtual launches while successfully converting a large chunk of these leads into sales too.

The real estate sector also contributes a great amount of ad expenses, especially with a spike in the festive season.

But will advertising spends in this sector this year be muted given the prevailing conditions or will they get a boost?

Since transaction has reduced and people are still reluctant to leave their homes, advertising expenditure on outdoor assets in particular has been lower and will continue to be so until the economy and nation reverts to the pre-pandemic levels.

But while conventional advertising expenditure has reduced, alternative channels such as digital advertising has taken a much larger share of ad expenditure, said the spokesperson of Dynamix.

Kapoor said the entire economy is still on its path to recovery and so organisations are being cautious with their spending.

So there will be surely a trickle-down effect on ad expenditures not just in the festive season but also in the coming quarters.

He said, “Ad expenditures have been impacted due to several reasons, including the disruption in the circulation of newspapers and shutting down of theatres too. Therefore, advertisers needed to re-evaluate the impact of advertising and assess new ways to reach their target audiences. However, as the situation improves, we will also see an increase in advertising expenditures across sectors. Even in real estate, we do see digital as the future.”

Gupta felt there will be a revival in ad expenses to lure customers but in a much subtler manner. “While the adex was cut down for a short term due to the pandemic, we will definitely see some revival happening soon,” he said.

Kumar added, “I don't think advertising during the festive period is going to be the same as last year. I think it will be about 75 to 80% of the same period last year.”

Mediums to get major boost:

Though brands agree that advertising expenditure will increase somewhat during the festive season, as this is a time when sales are generally higher, it won’t be normal this year on account of the pandemic and its economic and social fallout. The pandemic caused unexpected changes and impacted every sector and mediums.

Gupta advised that it is important to understand targeting well as the real estate sector is too localised in nature and so the idea of getting more targeted consumers is critical.

“Digital and newspapers help us to get into much smaller areas. However since newspapers have become very expensive and now readership has been affected, we will focus on how to tap consumers in local areas through effective digital word of mouth,” he said.

For Ashiana, ad spends will majorly be driven through digital mediums, OTT and a little bit through TV, while putting major efforts have been put on word-of-mouth marketing.

Kumar said there will be a shift towards more personalised and customised communication and so spends on various digital lead generation campaigns, content marketing campaigns is extremely high. Spends on technology-related aspects help equip the sales teams to sell better and so DLF’s major focus will be on new-age platforms with no TV and a small investment in print.

Conventionally, print media has been the largest consumer of advertising spends for the sector historically.

But this has been changing over the past few years with the advent of sophisticated targeting through digital platforms, and the significantly lower entry barrier they offer, said the Dynamix spokesperson.

Even Eshwar agreed that due to the pandemic, print might witness a little slowdown when compared to previous quarters.

Dynamix is enhancing its digital presence, which currently constitutes the largest spends. It will focus on stronger distribution to generate leads and sales, and as the economy and nation normalises, it expects to enhance spends on outdoor and some print advertising.

As Casagrand does not anticipate any reduction in ad expenditure in the near future, its marketing plans involve an aggressive strategy that will target new homebuyers post the lockdown. It is allocating 30% of its ad spends on digital, 20% on radio and as it still sees a lot of traction in traditional print ads, it has allocated 30% across all print channels. Reference marketing/channel marketing will take up the remaining 20%. It has also planned new launches.

Being technology-driven brand Puravankara has ventured to newer mediums, apart from the traditional ones. It has created multiple series to uplift consumer sentiment while introducing its own online booking platform ‘BookMyHome’

Kumar pointed out that with the given uncertainty and anxiety among the consumers, brands with legacy and credibility will have greater traction as no one would risk investments during such times.

Brands though agreed that IPL will be a brilliant opportunity for the festive season, they felt it will make more sense for brands from other categories with a national presence to invest in it as it requires huge investments.