Krishan Premnarayen to be honoured with AAAI Lifetime Achievement Award 2020

Premnarayen was the youngest President of AAAI when he took charge as President in 1988 at the age of 36 years. He served as Chairman of the Audit Bureau of Circulation (ABC) and Chairman of the National Readership Survey Council (NRSC) 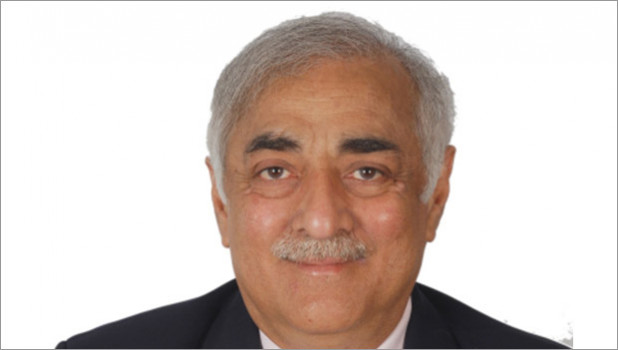 The Advertising Agencies Association of India has announced that this year’s AAAI Lifetime Achievement Award will be conferred upon Krishan Premnarayen, Senior Partner, Prem Associates Advertising and Marketing.

This is the highest honour to be given to an individual in India for his/her outstanding contribution to the advertising industry.

Premnarayen was the youngest President of AAAI when he took charge as President in 1988 at the age of 36 years. Premnarayen devoted substantial time and energy towards reviving the relevance of the association to become a source of support for member agencies and a strong industry body to interact with other industry and government bodies.

It was during his tenure that it started getting due recognition from the Government. Due to his efforts, I&B Ministry, Doordarshan, AIR, etc., started inviting AAAI to work with them on several issues like accreditation, credit, etc. Under his Presidency, AAAI introduced the concept of Creative Seminars and Workshops. The first full-day event titled ‘The Creative Fishbowl’ was held at the Taj Mahal Hotel in Mumbai, which had a distinguished panel of thought leaders such as Subhas Ghosal, Alyque Padamsee and Ravi Gupta.

Long after his tenure as President of AAAI, Premnarayen continued to chair the key AAAI-Government Relationship Committee on vital issues like tax on advertising, service tax, Doordarshan participation in TV viewership measurement, etc. Besides his contribution to the industry at AAAI, Premnarayen also served as Chairman of the Audit Bureau of Circulation (ABC) and Chairman of the National Readership Survey Council (NRSC). In the formative years of the NRSC, he played a stellar role in getting all institutions to participate in a path-breaking initiative for the industry.

Making the announcement, Ashish Bhasin, President, AAAI, stated, “Krishan Premnarayen, besides being the youngest-ever President, made very significant contributions to the industry. It was during his tenure that the foundation was laid to make AAAI the legitimately recognised body for our industry across constituencies. He must also be given due credit for vastly strengthening AAAI’s relationships with the media industry — including while he was at the helm of ABC and NRSC. He is truly deserving of this honour.”

Nakul Chopra, Chairman of the AAAI Lifetime Achievement Award Selection Committee, said, “It gives me immense pleasure that this year’s Committee unanimously decided to confer this richly deserved honour on Krishan. His manifold contributions to the industry have played an important role in helping strengthen both our industry and our Association over many years. Even after he was no longer directly active with AAAI, he continued to go out of his way to help, whenever called upon for an industry cause. It is somewhat fitting that he is being conferred an award, the inception of which, dates to his own tenure as President AAAI. He richly deserves this award, my heartiest congratulations to him.”

The AAAI Lifetime Achievement Award is presented annually to an individual who has been a practitioner of advertising for 25 years and had been in the top management position; has been or continues to be an active participant in industry bodies and or made significant contributions in shaping the industry priorities, which enabled the advertising industry to grow, prosper and  become more professionalised;  individual  known for his integrity, ethical practice and leadership qualities; contributed to his company/companies growth by innovative thinking and taking them in newer directions; involved in projects of social consequence, which is seen as a role model for the industry at large and had been an industry veteran.

The Advertising Agencies Association of India (AAAI) is the official, national organisation of advertising agencies, formed in 1945, to promote their interests. The association promotes professionalism, through its founding principles, which uphold sound business practices between advertisers and advertising agencies and the various media. The AAAI today is truly representative, with a very large number of small, medium and large-sized agencies as its members, who together account for almost 80% of the advertising business placed in the country. It is recognised as the apex body of and the spokesperson for the advertising industry at all forums – advertisers and media owners and their associations and Government.