But this year’s overall spends has come down as many launches have been postponed and the spends on mainstream are also down to the threshold level from the peak operating level.

In spite of all this, brands told BestMediaInfo.com that the festive season is going to be a big opportunity for the auto industry as everyone is looking forward to it, given that the brands will be looking to recover from last year’s economic slowdown as well.

Shashi Sinha, CEO, IPG Mediabrands, said he can’t predict whether the festive season will be same as last year but adex is coming back.  “I think it is far better than what was expected. We can witness an upswing in demand post August 15in the auto sector,” he said.

Despite the slowdown caused by the pandemic, this year’s festive season began on a positive note for Tata Motors.

“We look forward to further improving this as well as our overall performance. During the festive season, we anticipate an increase in demand for our New Forever product range due to its unrivalled safety, stunning design and exhilarating driving performance. This festive season, we will focus more on safety along with the positivity of festivals as a theme to communicate with our customers,” he said. 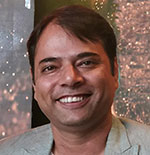 Vijay Kaul, Deputy General Manager, Marketing Communication, Yamaha India, said, “For our category, we have started seeing traction from June. Given the Covid-19 situation and everyone’s focus towards personal mobility due to pandemic concerns, we foresee an upward demand for new and used vehicles across markets. But having said that, this festival season will have an impact on sales compared to last year same period.” 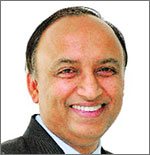 Shashank Srivastava, Executive Director (Marketing and Sales), Maruti Suzuki, said the positive sentiments this year is entirely dependent on the Covid-19 situation and if everything remains the same, there will be a positive growth.

“In July, the wholesale and retail industry has now roughly come to the same level as last year. But the caveat is that last year also wasn’t such a great year for this industry; H1 of last year was very bad. This time, month on month, there has been a very good recovery. For wholesale in May the number was 36K, in June it was about 116K and in July it was about 198K. However, there seems to be a good bounce-back, better than expected, especially in rural areas and this gives hope for the future. August will go at similar levels as July and we have to be cautiously optimistic of this festive season. Car-buying is a big ticket and discretionary purchase that requires not only higher disposable income but also positive sentiments,” he added. 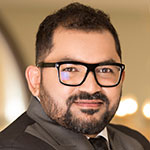 Sinha believes the overall spends are down but companies are definitely shifting to different mediums. And as they are keeping it down for now, festive spends will grow but not dramatically.

This year’s communication will be different from that of the previous year, considering customers are more reluctant to venture out due to the Covid threat and thus assurance of their safety and promoting Vocal for Local are the key communication elements, said Srivatsa.

“There is a shift in media from traditional to digital. For us, the spending on digital is 35% against 15% a few years back. Plus, sports has a great affinity for auto buyers and since no live sports is happening, there is a shift in spends from there as well. Digital now will be across the funnel, TV will be on top of the funnel and print will be for conversion and at the bottom of funnel. For festive season, our digital spends will increase,” said Srivastava.

Kaul said, “We foresee TV and print to slow down. Print will get more tactical and smart size ads to align with ROI. TV will be more threshold than peak operating levels. Digital will be maintained or will increase given consumer addiction and high stickiness to the platform.”

“Since, we have already seen inquiries coming from our digital mode, including the website and social media, we find this mode to be steady and on an upward trajectory, driving a large number of millennials toward our segment,” said Ahuja.

“I think mainstream companies like auto will definitely try to advertise more in this because they incurred good sales,” he said.

“Our TG has strong affinity towards cricket. So, this is a big opportunity but it depends how brands use this platform smartly given the clutter since the entry cost is big and there are many options. It is imperative to have a holistic approach for IPL to drive business outcome. But, on the other hand, other networks will continue to deliver like every year except few big match days,” he said.