The DTH provider emerged as the largest platform in terms of subscribers with 31.80% market share followed by Dish TV at 30.55%.

The pay direct-to-home (DTH) segment has grown with 69.98 million active users among the four pay DTH service providers in the country, according to recent TRAI data. This is in addition to subscribers of DD Free Dish, the report said. 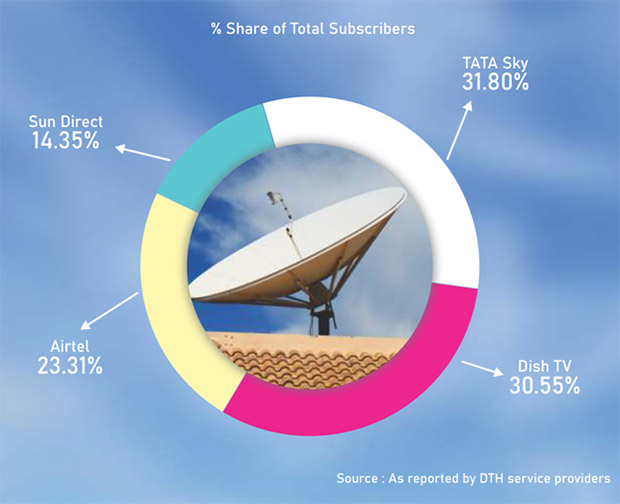 A Tata Sky Spokesperson said, “At Tata Sky, our commitment is to ensure our ever-increasing base of consumers can access their entertainment across platforms. This philosophy has enabled us to cement our leadership position in the direct-to-home and overall pay TV business, as underlined in TRAI’s latest report. As we explore technology-driven newer platforms for content delivery and further scale up our customer support, we are confident that our viewers will continue to make Tata Sky the prime choice of their entertainment needs. The report reinforces our belief that television as a medium of entertainment continues to grow and strengthen.”

It is important to note that till March 2019, the subscription figure of the total active subscribers included inactive and temporarily suspended subscribers for not more than the last 120 days. However, as per new regulatory framework of Broadcasting and Cable TV Services, the total active subscribers are now counted to include only those who are inactive/ temporarily suspended for not more than the last 90 days. 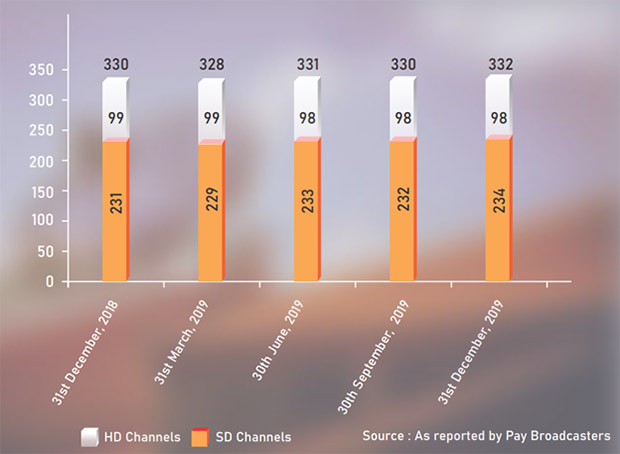 Siti Networks has the largest number of total active subscribers (9,211,351 users), followed by GTPL Hathway (7,554,713 users), Hathway Digital (5,256,930 users), and Den Networks (4,175,528 users), the report said. “The country has achieved 100% digitisation of Cable TV network. This is a stupendous achievement, making India as the only large country where 100% digital cable has been achieved through mandatory regulations,” it added.