The first, full, front-page ad featured on April 4 was followed by a dozen more, consecutive, full-page ads each day. 58 different creatives ran back to back from April 4-May 31. The campaign continues on alternate days or whenever the need for a topical creative arises 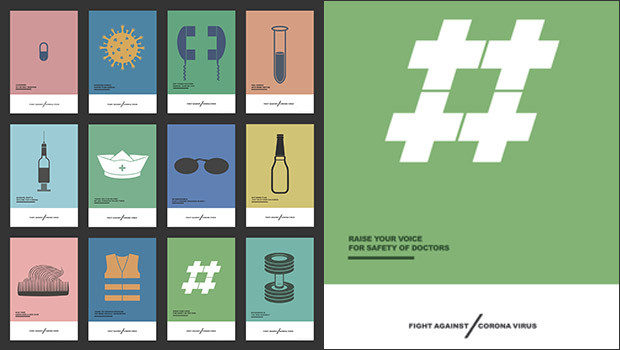 Taproot Dentsu and India's 92-year-old newspaper brand ‘Free Press Journal’ collaborated on a new project that they believed was the need of the hour. They started a print initiative 'Fight against coronavirus' to serve as a creative reminder to help inculcate new habits and a new mindset.

Till today, 67 print creatives were created with topics ranging from precautions, respect for corona warriors, tips for staying fit during lockdown, working from home and also topical issues like liquor-store queues, fake news, Nisarga, precautions to be taken during Eid and so on. The campaign also sensitively addressed the migrant worker crisis and issues like employment and senior citizen care.

The first, full, front-page ad featured on April 4 was followed by a dozen more, consecutive, full-page ads each day. It’s a record longest running print campaign with 58 different creatives that ran back to back from April 4 to May 31. The campaign continues on alternate days or whenever the need for a topical creative arises. Many of these minimal creative ads have been translated into beautiful 10-second animation videos that have featured on Free Press Journal's social media pages.

"We had no idea that this would become the longest-running print campaign of India. It started as a simple, heartfelt initiative to address our readers and remind then about steps for the prevention of Covid-19. But the response we got, initially through our e-paper, and later through the physical paper, inspired us to sustain the momentum and keep going on, with digital videos on social media too. Since the campaign has struck a chord with our readers, we intend to continue the campaign till we manage to completely get rid of the virus. By owning this simple, minimal style of communication, we hope to keep creating social messages expressed in our unique, creative voice."

Abhishek Karnani, Director, Free Press Journal, said, "I feel that the simplicity and minimal approach we chose is what eventually stood out and helped the campaign come together. It was relatively easy to crack the first few of these creatives but as we moved forward it became a challenge to choose an apt issue, crack a visual idea and deliver an artwork in 24 hours, day after day. We chose a creative treatment that fused or blended two unrelated visual elements effortlessly, allowing the reader to discover a hidden meaning in each creative. When the initial ads did well, the expectation was higher, but that's what kept us inspired." Santosh Padhi (Paddy) Chief Creative Officer and Founder, Taproot Dentsu, said, "The team worked with a print-first approach and followed the creatives with the animation films inspired by the print. Everything was done in-house (and also from the respective houses) of the Taproot team members. I, Yogesh Rijhwani (Copy CD), Nilesh Naik (Illustrator) and Krishna Iyer (Animator) worked on this campaign," he added.