Created by Lowe Lintas, the video is about thankfulness, gratitude and hope. The video captures emotions of survivors towards the doctors and health workers who treated and cared for them 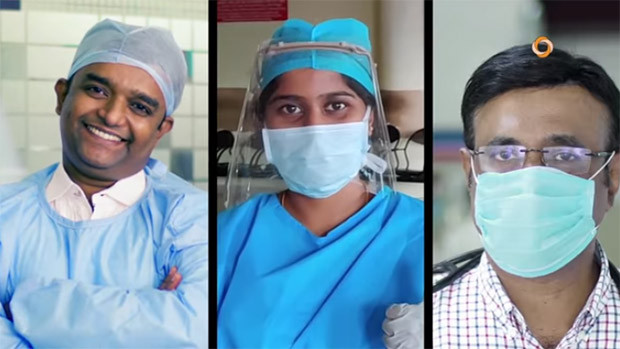 Sun Pharma, a specialty generic pharmaceutical company, has launched a ‘Thank you Doctor’ campaign to express gratitude towards doctors for their sacrifices and selfless service.

The campaign features a one-minute TVC based on testimonials of 12 real-life patients who have recovered from cancer, heart attack and Covid-19, among others. The patients are seen thanking doctors for their bigger role of being their family, friend and nurturer. Originally shot in Hindi, the video has been dubbed in six regional languages. The three-week campaign is now live on TV and social media platforms.

Kirti Ganorkar, CEO of India Business, Sun Pharma, said, “This film is a tribute to all doctors who play such a vital role in our lives. In the times of Covid-19 pandemic, every day, we hear new stories of their compassion and patriotism and are indebted to them for their sacrifice and commitment. The idea behind this campaign is to show the feelings of real-life patients who want to thank doctors for treating them.”

Created by Lowe Lintas, the video is about thankfulness, gratitude and hope. The fear, anxiety and loneliness that accompany the disease are much bigger than the pain from the illness and the video captures emotions of survivors towards the doctors and health workers who treated and cared for them.

Madhu Noorani, President, Creative, Lowe Lintas, said, “The idea comes very simply from genuine real-life narratives of patients who have been taken care of by doctors in their most difficult times. The film is a touching display of gratitude from these real-life survivors to their doctors who have gone beyond their duty as doctors, playing multiple roles to emotionally support these patients in their most difficult times in the hospital, simply captured in two heartfelt words - Thank you.”