As a first, Rio Pads shows red blood in TV communications to bring forth an important and often neglected topic of “heavy flow” during periods 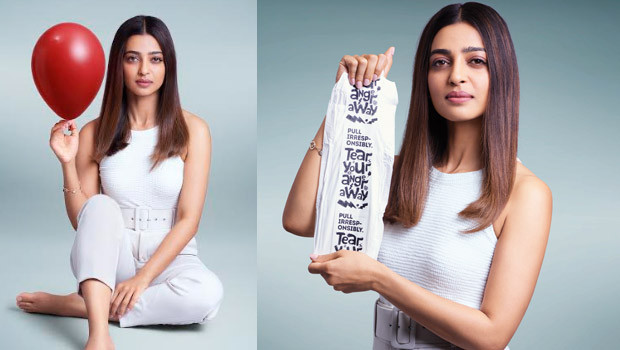 Rio Heavy Flow Pads from Nobel Hygiene has launched a pan-India campaign, breaking the decades-old and misleading practice of showing blue liquid instead of blood.

Rio Pads becomes the first product in the country to show red blood in TV communications, to bring forth an important and often neglected topic of “heavy flow” during periods; a problem which affects almost 25% women in India and requires them to change their pads every two hours. In some cases, women change up to 8-10 pads a day because of heavy flow. The first phase of the launch in February was paused after several complaints were filed with ASCI over the usage of blood shown in the commercial. Nobel Hygiene submitted extensive research documents to sustain all the insights related to periods and the problems that women face because of heavy flow. After deliberations with ASCI and an independent review, the complaints filed with ASCI have not succeeded and Rio Pads has been allowed to air the advertisement with minor modifications in the second phase of the launch.

Kartik Johari, Vice-President, Nobel Hygiene, said, “We are extremely proud to take this first step on behalf of all the women in India. There can be no talk of education, awareness or equality when the biological truth of half the population is censored. Our resolve to continue this conversation has been renewed, starting with the depiction of blood. To show the unaddressed problem of heavy flow, without showing blood itself, is so absurd a concept that it didn’t even occur to us. All our communications are deeply inspired from our research, showing the first true and honest representation of periods for consumers. Awareness is needed, and conversations can only begin after acknowledging reality.”

He added, “We took special care to ensure our communication remained as authentic as possible. The entire creative was scripted by a woman, based on real narratives from women, directed and shot by a woman, and is being marketed by women. Additionally, 1,000s of women have already applauded our product and messaging; we are proud to have brought this innovation for Indian ladies who receive no respite from heavy flow. We are sure that other players in the market are excited by this new paradigm, and we call upon everyone to take advantage of this exciting shift to educate and reconnect with their consumers!”

Theatre and film actress Radhika Apte added, "I have said this earlier and I will say it again. I do not see the issue in showing actual blood. Blood in a fight sequence in a film is fine but not for periods? Why can't we just show what heavy flow is really like? Why can't we show blood?  I am glad that Rio has taken up this challenge and they are standing by it with conviction. Getting a go-ahead on this advertisement is very reassuring. If this ad can start even a single conversation, then that is a win for all the unheard voices. If we can remove even an iota of stigma around periods via this ad and encourage people to accept it as a normal and natural phenomenon then it will be a big win for us all. Period.”

Heavy flow (& PCoD) is often considered a personal complication and not a separate medical problem. Combine it with a general reluctance in visiting a doctor and most cases of heavy flow remain undiagnosed. Thus, women refrain from opening up about it and continue to suffer in silence. Rio’s own qualitative and quantitative research re-affirmed this view and threw light on the pain and the ostracisation that women face because of it across different strata of society. The category codes were to show blue coloured water, which is not an indication about either the colour or the thickness and hence absorption.

The second phase of the launch will see the brand being visible via its campaign across key GEC channels (Star Plus, Colors and Sony ) and regional channels ( Zee Marathi and  Kannada, TV9 and Suvarna) along with select news channels ( News18 and News Nation). The brand campaign will also be seen on OTT platforms (Zee5 and Hotstar) and via partnerships with select print publications to create larger mass awareness. The brand will also be exploring strategic tie-ups with impact properties in the near future.

Globally, the advertising watchdogs of only two countries have allowed showing the red. Many MNCs have still refrained from changing the status quo. This campaign marks a step in the right direction. This positive win will create more conversations, to help bring about a revolution in female hygiene in India, where only 50% women have access to female hygiene products and almost 100% approach menarche unprepared.