The deadline to enter the 2021 Television & Film Awards competition is October 15, 2020 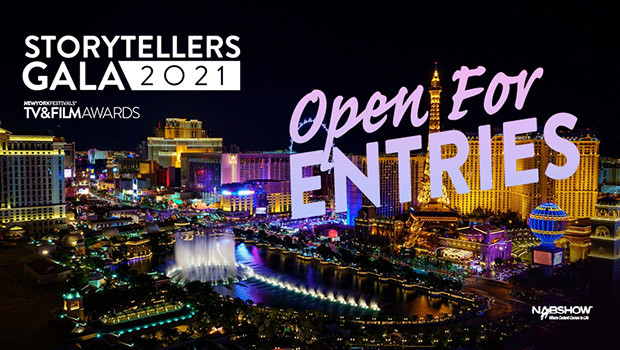 New York Festivals Television & Film Awards celebrates storytelling from around the globe and honours content creators whose compelling programs reach international audiences. The competition’s 63-year legacy provides a showcase of exceptional work across all platforms from broadcast to streaming.

Each year, Rose Anderson, NYF’s VP/Executive Director of the TV & Film Awards, carefully evaluates the competition’s category roster and updates the category roster to provide the most current categories to reflect the innovative content produced in today’s Television and Film industry.

The 2021 TV & Film Awards Storytellers Gala will take place at the annual NAB Show in Las Vegas on April 13, 2021. 2021 marks the 11th year of NYF’s strategic partnership with NAB Show. TV & Film Award winners have access to the multi-day event which is the world’s largest media entertainment marketplace. NAB Show will present the TV & Film Awards to the nearly 100K attendees from 165 countries and 1,700 exhibitors, all with a combined purchasing power of $20.5 billion bringing a high level of prominence, interest, and recognition to all the competition’s participants.

All Entries in the 2021 competition will be judged online and screened by NYF’s TV & Film Awards Grand Jury of 200+ producers, directors, writers, and other creative media professionals from around the globe. Nominated Finalists are judged by a panel at the United Nations for the UNDGC Awards. Award-winning entries will be showcased on the TV & Film Awards winners gallery.