Commentary: What triggered TRAI to order broadcasters to comply with NTO 2.0 when a court order is due

BestMediaInfo.com has consistently been analysing and highlighting the damage NTO has done to India’s broadcast sector and the end consumers. The Ministry of Information and Broadcasting and Prime Minister’s Office has now taken note of the situation and pulled up TRAI for its misadventures that have damaged the broadcast industry beyond repair 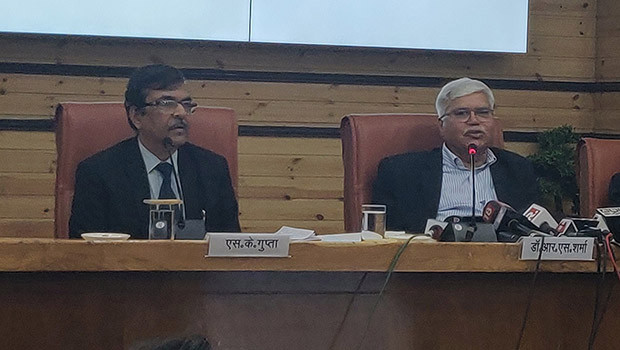 Remember how arrest warrants against influential people are issued on Friday evenings, leaving no options for the affected persons to get bail before Monday? This is an old but tried-and-tested formula to harass someone by not allowing them enough time.

Of late, the Telecom Regulatory Authority of India (TRAI) has started following in the footsteps of enforcement agencies. The regulator on Friday issued orders, asking broadcasters to comply with NTO 2.0 by August 10, despite the fact that the matter is sub judice before the Mumbai High Court. Interestingly, I&B Minister Prakash Javadekar had assured that the amendment would not be implemented anytime soon as the industry was already reeling under the impact of Covid-19.

It may be recalled that the Bombay High Court had reserved its order in the case filed by Indian Broadcasting Foundation (IBF) and nine other petitioners, challenging amendments to the new tariff order termed as NTO 2.0 notified on January 1, 2020.

After day-to-day hearing from February 26 to March 4, 2020, the division bench of Justice AA Sayed and Justice AnujaPrabhudessai reserved the orders. However, the court did not pass any ad-interim/interim order restraining implementation of the regulations and tariff order, which TRAI interpreted as “no stay” on NTO 2.0.

Although the court did not stay the implementation of NTO 2.0 in writing, it told both parties verbally not to go ahead with anything right now till the judgment is out. That means it was an informal stay. TRAI agreed before the court that it will not take any coercive action.

Then why did TRAI suddenly issue the order on a Friday evening?

BestMediaInfo.com has been consistently analysing and pointing out to the stakeholders and policymakers how NTO was the regulator’s overreach forced on the industry without any impact analysis and preparation on the ground and at the backend. Not only has it held back the growth of the broadcast sector, but it has also created an unnecessary burden on the monthly cable bills of consumers. This is “exactly opposite” to TRAI’s claim of protecting consumer interests.

Sources in the government told BestMediaInfo.com that the Prime Minister’s Office and the Ministry of Information and Broadcasting have pulled up TRAI Chairman RS Sharma and Secretary Sunil Kumar Gupta as the regulator’s ways of functioning have drawn consistent criticism from the industry and trade media.

And now, apparently, the TRAI Chairman wants to prove a point or two before he retires because he has been criticised for the regulatory approach TRAI adopted to regulate the broadcasting sector. But, in the process, he is further spoiling the image of a sectoral regulator before demitting office.  Does he intend to damage the system further, which will be a headache for the new chairman?

Action out of desperation

Industry sources told BestMediaInfo.com that TRAI’s action has also been triggered by an issue related to RIO with Sony Pictures Networks India where Dish TV has complained against the broadcaster.

It is evident by far that it is all about broadcasters on one side versus TRAI and distributors jointly on the other side.

LCOs, which work closely with TRAI against broadcasters from whom they earn their livelihood, have been in the good books of the regulator. Alas! They do not even know that their subscriber base is slipping out of their hands faster than ever. Other than a larger subscriber base and innovative revenue models, no amount of artificial regulatory help would come to their rescue but, on the other hand, bring the entire cable and satellite industry to a halt.

Stating that there is a regulatory vacuum because of the delay in the judgment and that broadcasters are taking advantage of the prevailing situation, TRAI had “last month” approached the Bombay High Court to pronounce the order at an early date. Following this, broadcasters had filed their replies to the court.

The authority wrote to the court that it has not taken any “coercive” measures because somewhere they knew broadcasters will tell the court that TRAI is forcing the implementation even as the court is yet to pronounce the order.

Now the big question is that if TRAI thought “no interim” order was “no stay” on implementation, then why did it wait for the final order? Or why did the regulator approach the court to pronounce the order at an early date?

The court has to go through all the replies once again. Seeing all the submissions from both the sides, the court can pass the judgment whether it is against or in favour of TRAI. The other possibility is that the court can start a fresh hearing.

Let us assume that the court goes ahead with option one. Whoever loses will approach the Supreme Court, which may continue the stay on NTO 2.0 until the hearing is complete. So does this direction mean nothing or hold any relevance except holding everyone, including the court, for ransom?

Does not it amount to a contempt of court for 1.) Putting unwanted pressure on the court suggesting they cannot wait anymore for the order and 2.) Implementing the amendment which is still sub judice?

​Let us not forget that the broadcast sector came under TRAI in 2004 after a court order. What TRAI has done out of desperation will weaken its case in the court and the government, which is already under pressure to take the broadcast sector out of the regulator’s clutches.