Commentary: TRAI’s light-touch regulation is making a heavy-duty fool of broadcasters and consumers

The government’s light-touch approach has already ruined India’s broadcast industry and now OTT is likely to meet the same fate. For the growth of the broadcasting sector, which has the potential to create lakhs of jobs, it must be taken out of TRAI’s clutches 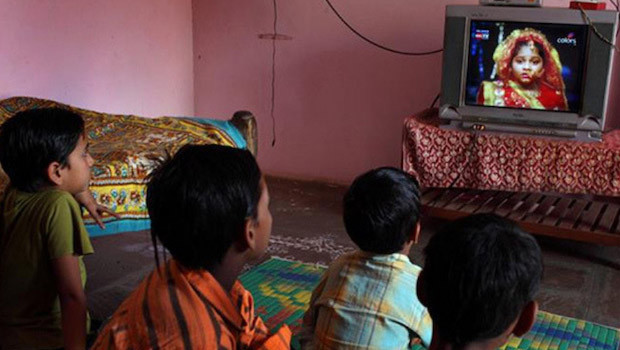 In this piece, let’s just focus on the regulatory approach TRAI has undertaken for the broadcast industry. During the recently held FICCI Frames, starting with Minister of Information and Broadcasting Prakash Javadekar to his Secretary Amit Khare and TRAI’s outgoing Chairman RS Sharma, everyone spoke about the need for light-touch regulation.

But what does the government mean when they say light-touch regulation?

The last time when TRAI implemented the so-called ‘light-touch’ regulation in the name of the new tariff order (NTO) for India’s broadcast industry, the consumers saw subscription prices increasing substantially, and the broadcasters experienced a fall in the number of subscriptions and a near collapse of niche channels.

Nobody can still wrap their heads around the need for NTO. It has led to unnecessary bundling of channels and less flexibility. A consumer can’t have both SD and HD channels in a single pack. He has to either go for an SD or HD package (priced higher than SD).

Before the implementation, the TRAI claimed the order would provide better choices to the consumer and would lead to more transparency in the sector. But what it has actually led to is a price hike. The pre-NTO system was working perfectly well and the market had defined the pricing (which was also quite economical).

In 2004, the Ministry of Finance had written a note wherein they fixed the base price of Rs 70 for cable operators. And they said it will further go down when the subscriber base will go up. The world over, the large base of the consumer means price reduction whereas cable TV in India is becoming costlier with the growth in subscriber base. When DAS happened, the base price for cable subscription increased from Rs 70 to Rs 100. With NTO, it grew to Rs 130. Is there any logic except the one that TRAI is listening to only one party?

What TRAI failed to understand was that the complaint was unjust and there was something terribly wrong with the cable operation system.

India has 100% FDI in cable operations. However, not even a single penny has come in the sector. Whosoever has come in has come through the DTH route (which is known to be much cleaner). While there is no intervention between DTH and consumers, cable TV travels through MSOs to DPOs to LCOs to the consumer.

What TRAI has not noticed is the leakage that happens within the cable TV distribution set-up. Despite moving to a digital set-up, the analogue signal is still working. That means piracy is still continuing and under-declaration is rampant. The cable TV customers have been left at the mercy of local operators. The top brass of the authority doesn’t have any idea what’s happening outside Delhi and in the hinterlands of the country.

Can you as a customer change your cable operator (who functions as a local mafia) in your area? This is a natural monopoly. Opening up of the options has not happened at the last mile. The situation is so bad that the cable operators do not have a functional customer redressal system. There’s not even a local-level app where you can go and register your grievance.

Unfortunately, the overzealous reformist bureaucracy at the TRAI has not paid any heed to it.

Cable operators must also broaden their worldview and understand that they can actually gain a lot if they stopped hampering the pace of technological development and joined hands with broadcasters, instead of seeing them in a negative light. The operators must understand that if the regulatory burdens were to be reduced, the linear television base will grow because of affordability and they will benefit from that in the long run. They can innovate with other things, including providing internet to a large number of subscribers. Right now what is happening is that they are thinking they have a well-oiled business model to make money and that is enough for their livelihood. If they are satisfied with this much, should TRAI connect the entire industry’s growth to the limited ambitions of cable operators?

If India has to improve TV’s reach, it has to work on a two-pronged strategy. First, let the market function freely and remove the unnecessary burden on broadcasters in the form of NTO (TV was much more affordable before NTO, while the broadcasters were making decent margins). Second, end the mafia type functioning of cable operators.

Last, but more important, if India’s broadcast industry is to flourish, the government must curtail the role of TRAI.