The ‘Atrangi Dekho. Atrangi Raho’ campaign focuses on the different content preferences that people practise. The campaign talks about respecting the uniqueness of every subscriber 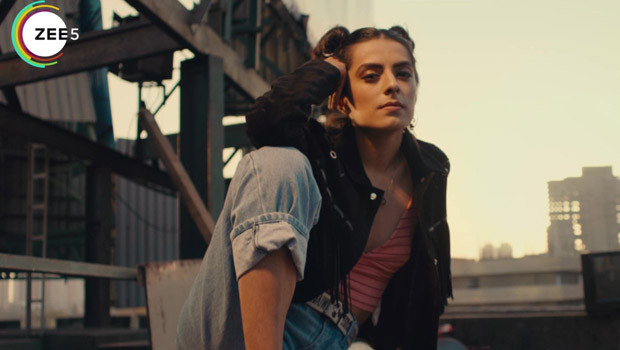 Talking about the objective behind the campaign, Rahul Maroli, Senior Vice-President and Head SVOD, Zee5 India, said, “India lives in their languages and Zee5, through its bespoke and premium content offering in 12 Indian languages, want to cater to all such audiences. Our new SVOD campaign ‘Atrangi Dekho. Atrangi Raho’ celebrates the very eccentric identity that an individual parades by challenging the status quo. As India’s entertainment super-app, we want to reimagine content by our unique storytelling approach which reflects the intrinsic fabric of our culture. We are thankful for all the love given to us by the audiences and we aim to enhance their content viewing experience as we move ahead in our journey to entertain India 24x7.”

Maroli said they have a diverse audience and that’s where they conceptualised the idea of the campaign. Their objective is to celebrate the choices in terms of the choices that each person makes

“This is also in terms with our commitment that we made some time back that we will be the number one platform in terms of content choices. This year, we have committed to deliver over 80 pieces of original content to our audience and that will be the strategy with which we will build our business,” he said.

Amit Akali, Managing Partner and CCO, What’s Your Problem, the creative agency behind the campaign said, “When it comes to content, there’s a certain consumer who’s the pioneer and influencer, the one who always looks for different, cooler, Atrangi content, finds it and then is followed by the others. He/she is Atrangi and one of the ways this Atranginess is expressed is through Atrangi content. Which they find in abundance on Zee5, be it original shows like Rangbaaz, or cutting-edge movies, Hindi or the best of original regional content. They are the one who others admire and wonder how they are always ahead of the curve. That’s the consumer we wanted to celebrate by saying, ‘Atrangi Dekho, Atrangi Raho’.”

“While executing the film, it was important that we captured this inherent coolness or Atranginess in every possible way; the cast, the music, the writing, the attitude. That’s where Arun Gopalan and Storytellers did their magic, making every frame look beautiful and celebrating the Atranginess in it. Like every WYP campaign, there’s a full-fledged digital burst planned across platforms. The idea is also to tie up with people connected to the large Zee family, innovatively as influencers, to reach out to the Atrangi in all of us,” Akali added.

Along with Zee’s network channels and digital mediums, the campaign will also be carried on channels across the board mainly on music, movies, GEC and a few news channels. Bollywood actors, including Vicky Kaushal, Ileana D’Cruz and Janhvi Kapoor have also launched the campaign on their social media platforms.

Maroli said their strategy has changed over the last few months and they want to build on the premise of being a super app and as a space for mass medium content.

Maroli spoke about Zee5’s recent venture, ‘Zee5 kids’. “A few weeks ago, we launched a kids’ section on the platform and that has been doing extremely well. If you look at it from an OTT point of view, there has not been a lot of content that has focused on kids, we have received a lot of traction on our platform,” he added.