Write it on the wall, digital spends will surpass TV in next 26 months: Rohan Bhansali of Gozoop

Bhansali, Co-Founder and Director, tells BestMediaInfo.com that the agency is keeping its eyes and pockets open for any organisation that helps it further its moat. He discusses how it has been unfair on the part of some agencies to execute salary cuts as early as March 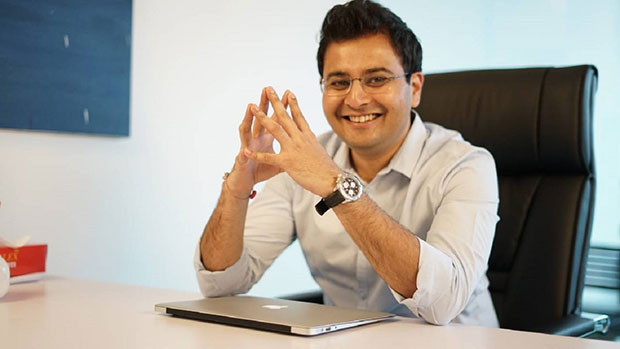 Covid-19 has altered the media and entertainment landscape and the explosion of digital is pretty much evident. As dependency and inclination towards digital grows steeply, a handful of experts are still speculating that other platforms, including print or radio, might emerge as essential mediums in the post Covid-19 era.

However, Rohan Bhansali, Co-Founder and Director, Gozoop, in an interaction with BestMediaInfo.com said, “Write it on the wall – Digital spends will surpass TV within the next 26 months. Digital spends already surpassed print. TV spends still dominate in India. But the pandemic has created cause and effects that further the tailwind to digital and has provided the Nitro.”

He predicted that brands will become more performance-focused, as they should and this will create a noticeable shift in marketing mixes. Digital will be an obvious beneficiary of the pandemic and post-pandemic world but within digital, marketing technologies will see more adopters.

“I am extremely bullish on how businesses are going to adopt marketing technologies with their enhanced performance focus. We have been investing heavily in training our teams and building partnerships on MarTech,” he added.

He said amid the pandemic at an industry level, major consolidation is on the cards because acquisitions have always been an important growth strategy.

Therefore, the agency is keeping its eyes and pockets open for any organisation that helps it further its moat.

He said, “This pandemic will inevitably lead to consolidations in all industries. And through this interview, I would love to invite agencies (digital as well as boutique mainline), with shared values, who would like to join hands and be a part of the Gozoop Group. We are always hungry for an organisation and an entrepreneur that adds to our vision of being a truly integrated creative agency. A lot of our recent senior hiring too has been to realise this vision.”

The agency had acquired Red Digital, a social media agency in 2013, iThink – a technology development enterprise in 2014 and 56 Blue Lights – an event and activations agency in 2016. Its most recent joint venture was with Hepta, a company that now executes most of Gozoop’s tech projects.

“Each of our four acquisitions (three in India and one in Dubai) strengthened a function or built a new capability,” he said.

When the industry suffered losses due to the global pandemic, a lot of employees lost their jobs. With that, the industry also witnessed a few agencies coming forth and talking about prioritising employees first.

Bhansali said that he is pretty disappointed with a certain fraction of the industry.

“Some agencies executed salary cuts as early as March. That’s not only extremely non-resilient but also extremely unfair. I understand cost rationalisation. But it has to be done ‘rationally’. Very recently a big network agency fired about 25% of its staff, allegedly on a one day’s notice, without any severance. Curious, I read its balance sheets of the last five years — cumulated profits of last five years added to Rs 32 crore, a generous chunk of which was paid as dividend to the network company. I find it surprising that an agency I looked up to treated its team in such a manner when it perhaps didn’t have to.”

At the same time, it has been encouraging to see so many agencies truly stand by their employees. That’s real leadership and quite honestly, it’s good business, he added.

While the agency understands that one has to be prudent about the expenses, it is staying focused on winning the marathon amid the crisis. It believes there is no better time to attract great talent to one’s organisation, and thus, it has increased its headcount over the past few months.

As the industry has been hit hard and businesses reduce discretionary spends, he said the companies with strong balance sheets will not only survive in the short run but also thrive in the long run.

Thus, the agency’s ardent focus is on the bottom line, zero debt status, retainer moats and strong cash reserves, which is giving it a longer runway than most.

Apart from this, the agency in April itself promised its team of no Covid-19 related job losses. The philosophy that it is following is — if the need be so, instead of few people suffering a lot, we all will suffer a little and share in the sacrifice.

The agency has been paying full salaries every month and according per him, before it cuts a single rupee of an employee’s salary, the promoters will take zero salary.

Bhansali believes as a team the agency has come much closer than it was pre-pandemic, which he said is the ROI of a strong sculpture.

He said there is no greater time than now to test an organisation’s greatness.

The pandemic has thrown extraordinary challenges – physical distancing has led to work from home and video meetings, falling consumerism has led to tightened ad spends, which in turn has led to re-thinking business fundamentals.

Fortunately, the agency moved into a work-from-home mode pretty early to ensure employee safety and continuity of operations, which gave it an early start into fixing the teething issues.

He anticipated that a hybrid workspace strategy may become the new norm after the pandemic where some teams work from home, some work from the office, and some work in rotation.

With WFH, virtual meetings become normal for all of us, advertising industry awards is another property that everyone is discussing to carry out virtually. Yet Bhansali accepted, “Let’s be honest. A certain degree of charm is lost in virtual.”

In the times of adversity due to the Covid-19 outbreak, the integrated creative agency that was formed in the middle of the 2008 recession, has been winning new mandates such as of Oppo and Sterlomax and will soon announce two more big mandates, one of which is integrated. He attributed these win to the persistence of the agency’s team, who loves being the maverick.

Apart from this, the creative agency recently worked on the motivation thought starter with GNC India for its latest campaign #Iampositive.