Conceptualised by 22feet Tribal Worldwide, the activation gained traction in the very first hour, with people trying out different combinations of emojis to find a playlist

On World Music Day, music streaming platform Spotify India launched an innovative Twitter campaign #PlayThis. The idea centres around the twitterverse discovering playlists by using any emoji of their choice.

Conceptualised by 22feet Tribal Worldwide, part of the DDB Mudra group, the activation gained traction in the very first hour, with people trying out different combinations of emojis to find a playlist. Through the day, the engagement grew exponentially, where at one point the #Playthis trended at #5 worldwide. It featured in the top 10 topics in over 17 countries, including India, USA, Australia and Canada. It also ranked No.14 as the "Longest Trending Hashtag Worldwide" on Twitter worldwide.

The campaign speaks to today's generation that prefers to express their feelings through emojis. Music is all about emotions and Spotify offers a playlist for every single one of them. Building on this insight, Spotify India and 22feet Tribal Worldwide let the world discover music in a language they were most comfortable with.

The idea was brought to life with a first-of-its-kind Twitter partnership in India, where an engine was created to map all the emojis available on both Android and iOS platforms. These 3,304 emojis were systematically mapped to specifically curated Spotify playlists. All one had to do was tweet an emoji of their choice and in a matter of seconds, they received a playlist representing that emotion.

The campaign performed well even with users actively tweeting about World Yoga Day, Father’s Day and Donald Trump’s Oklahoma rally among others, which all occurred on the same day. Reaching over 243k conversations globally, Spotify India generated 39k engagements on Twitter within 24 hours.

Debashish Ghosh, National Creative Director, 22feet Tribal WW, said, “Music and emojis have quite a few things in common — both are universal languages that transcend boundaries and allow emotions to be expressed and shared. We decided to intersect these two and explore the ideas that emerged once we added Spotify’s key differentiator — their curated playlists, as the third element into the mix. That’s how #PlayThis on World Music Day came about. It was designed to connect in the moment with music fans and elevate their experience by making it participatory and personalised on the back of an automated engine. The response has been phenomenal and humbling to say the least. It reaffirms the belief that simple ideas still fly high.” 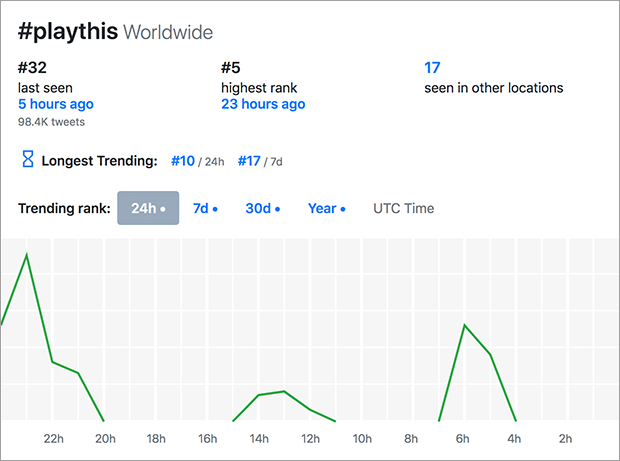