While many magazine publishers across the country had briefly suspended their print editions, India’s most-read magazines India Today English and India Today Hindi continued with their print production and distribution through new tie-ups 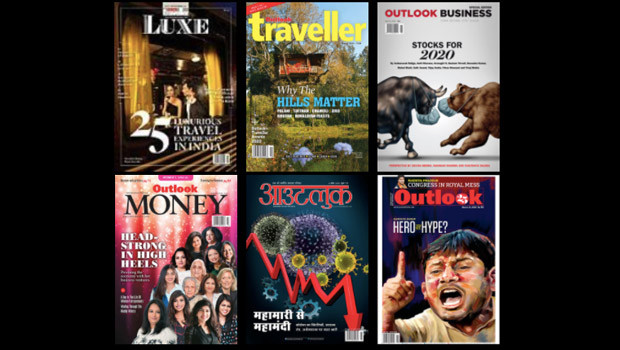 Confirming the development with BestMediaInfo.com, Outlook Group CEO Indranil Roy said, “The July editions of the monthly magazines will release on July 1. The weekly, fortnightly magazines will be released from the first week of July as per the scheduled dates.”

“With the disruption in the distribution network, we stopped printing the magazines and suspended print operations for three months. Therefore, we had made our e-magazine editions freely available during this period,” Roy added.

The Times Group’s Worldwide Media too, at the beginning of the lockdown, had suspended their print content production of its publications Filmfare, Grazia India, Femina, Lonely Planet Magazine India, GoodHomes and Hello! until further notice.

While many magazine publishers across the country had briefly suspended their print editions, India’s most-read magazines India Today English and India Today Hindi continued with their print production and distribution through various tie-ups.

India Today magazines never missed any issue in 44 years of its existence and did not allow the coronavirus to spoil that impeccable record. Despite the nationwide lockdown in the wake of the global pandemic, which brought the nation to a halt, India Today Group ensured the weekly copy of the magazine continued to reach its readers.

India Today deployed a mix of traditional and innovative ideas to ensure that India gets its favourite dose of the weekly magazine.

More than 1,000 outlets were added where the magazine was available in a sanitised format and with least handling efforts; along with tie-ups with FMCG distributors in six cities, 300 unconventional outlets were developed. Copies were placed in essential goods shops, super market, grocery shops, and chemists across nine cities.