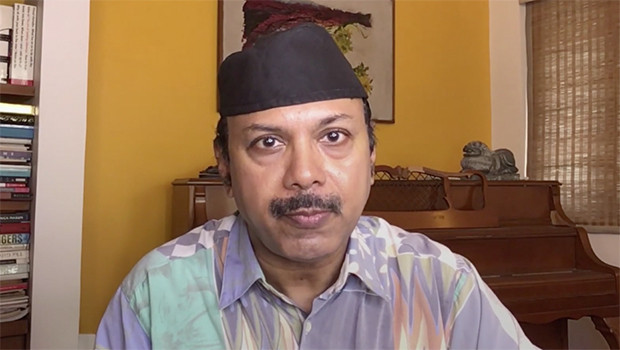 Understanding the difference between selling and buying is a lifetime of learning and finding yourself, said Josy Paul, CCO and Chairman, BBDO India, at Cannes Lions Live week.

Lions Live by Cannes Lions is a curated digital experience for the entire global creative community from June 22 to 26, with a week of compelling, live-streamed and on-demand sessions. The first day marked a session from India by Josy Paul.

In the session named ‘What I have learnt’, which aimed to explore the individual journey through creativity and the lessons learnt along the way to outstanding personal success, Paul shared his learnings, lessons, experiences and rejections he had to face in his journey.

He said failure, embarrassment and rejection became his friends and they fuelled his desire to find the next big thing.

The journey of creativity is really unravelling you to yourself, Paul said. In the process of embarrassment, failure, where one is told not to embrace, is where one should start finding their original self.

Paul started by sharing his first-ever experience of a client meeting in his early training days at Ogilvy Mumbai. “It was my first piece of work which I had to present to a large multinational client, and unfortunately on that day no senior management person came with us to the meeting, and I went with the young account executive. When we reached there, to my shock, we noticed that the entire marketing department was there for the presentation. I presented the idea, but they said it’s not exactly what they are looking for. I was stunned with that reaction and rushed to the window to jump off it and blamed the marketing team of being responsible as I felt that the rejection was the end of the career.”

He said the marketing head then calmed him down and told him to step down from the window edge. Something in his kind voice felt right and he stepped down and left.

“When I reached office, the CCO of the agency was waiting at the entrance. He walked me through the entire office and took me to his cabin. He said my work was approved by the client but they don’t want to see me again,” Paul said.

He realised he was working too hard to sell a piece of work. After many years when his agency won the Grand Prix at Cannes Lions for the campaign “Touch the pickle”, he realised he didn’t have to sell; the client automatically bought it.

“We realised that we don’t have to make a PowerPoint but express a powerful point on something,” said Paul.

How he set up David for Ogilvy

In June 2000, he set up an agency called David along with Ogilvy and WPP. His partner Madhukar Sabnavis and he went to the Ogilvy board in India raise the need for a challenger agency in the country.

“I felt that David Ogilvy has chosen the wrong end of his name. Ogilvy is a great name, but David is an ideology forever,” Paul said.

“It was fascinating as we began to attract interesting people with our point of view,” he said.

He said the agency back then didn’t give an appointment letter to the employees but made them sign a resignation letter — “resignation from adulthood”. The message talked about all the things one has to resign from and accept the responsibility of a six-year-old. Even the office was like a playschool with all sort of cuddly creatures.

According to Paul, when people make you feel small, then something happens inside you, and you show them what you actually are and what you can do.

He shared one such experience. A large electronic company asked David to pitch, and there were a lot of other agencies that took part in the same pitch. David that time was one of the less significant agencies pitching for it.

“My partner and I took a flight from Mumbai to Delhi, and we had about 30 pieces of artwork, but both of us thought the other person is handling the presentation part. We realised that we were carrying stuff we don’t have a clue about and we are going for a pitch.”

Paul then stood from his seat, faced other passengers and started showing the work to them. All the people sitting agreed to help, and then he started walking up and down the aisle with each piece of work.

“I said we are from an ad agency, and we are going to meet a client, we have a lot of ideas but don’t know what is good,” says Paul.

“The company that was hosting a pitch didn’t think we would come. We were so insignificant that they didn’t call us. On the third day, we were told that the MD will meet us for a few minutes. In the meeting, the MD told us, ‘no sitting, only standing and only five minutes’,” Paul said.

He said that in those five minutes, what he said impacted the MD so much that he gave his most of the brand’s business to him.“That’s the magic that happens when people make you feel that small,” he said.

It was later decided that David would merge with Bates. The decision did not feel right to me; it felt like something original was stolen from the unique spirit of David, and I began to protest.

As part of the silent protest, Paul used to wear T-shirts saying, “If something makes sense doesn’t make it right”. If you add water to milk you don’t get more milk, you get milk and water.

The protest didn’t work and the merger happened. For him, something died and he totally felt that he failed and so he quit the agency.

After working with JWT for seven months as CCO, Paul was given a chance to set up BBDO in India.

Paul said he realised the future of advertising is creating acts and not ads. He shared his experience of realisation. “I was approached by a newspaper to make an ad for the first anniversary of the ‘26/11’ Mumbai attack. But I couldn’t be able to write on a huge loss. Raj (Rajdeepak Das) and I then thought of creating a monument of sound by chanting outside the Taj Hotel, Mumbai. We reached outside Taj in the afternoon and held hands together and started to chant, an hour went by, but no one joined us. After two hours, people started joining us. 500-600 people began to make concentric circles and began to chant. The light began to go down, and the candles began to go up.”

“It’s not about selling, it’s about revealing,” Paul said.

The agency started moving from discussing a brief to have a briefing with the clients. “From the briefing, we went into confession and creative therapy,” he said.

“When people ask me or tell me words on my creativity, I tell them I was never that creative. I just heard people’s experiences and tried to work to make it better.”