Featuring eminent personalities from the world of Sports and Entertainment, the weekly series goes live today at 10.30 pm 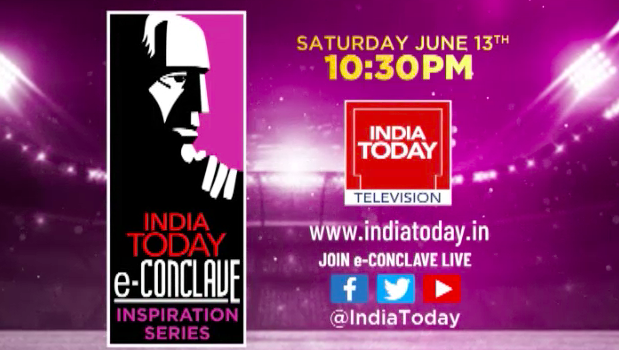 The show has been designed to garner deeper insights into the lives of these luminaries as they share interesting anecdotes on how they spent their time at home during the lockdown period and their views on the future of Sports as well as Bollywood, once the Covid-19 situation normalizes. In addition, the viewers will get a chance to know their lesser-known side and the struggles they overcame throughout their journey in reel and real-life as well as in the sporting arenas. The premiere would feature Indian cricket’s flamboyant opening batsman and icon-KL Rahul.

It would be an enthralling experience to witness one of the most versatile players in the Indian cricket team through a personal lens. The e-Conclave Inspiration series will bring to screen the icons spelling out how they combated the virus and the new normal way of living. Boria Majumdar, one of the country’s leading sports journalist and commentator, will be seen hosting the show with sports stars while Sushant Mehta, India Today TV’s Entertainment Editor and renowned film critic will be interacting with filmstars.

The exclusive series will also feature other stars from the sporting world like Sachin Tendulkar, Sourav Ganguly, Leander Paes, David Warner, Sunil Gavaskar, Viswanathan Anand, Smriti Mandhana, Shreyas Iyer as well as some of the biggest names from the entertainment world.