Commentary: How history will judge RS Sharma after his five-year stint as TRAI Chairman

Sharma’s decisions during his tenure as TRAI chief sparked many industry debates, including the overreach of regulators in India. As Sharma hangs his boots in September, BestMediaInfo.com looks back at the decisions made during his tenure and how they affected the broadcasting and telecom industries 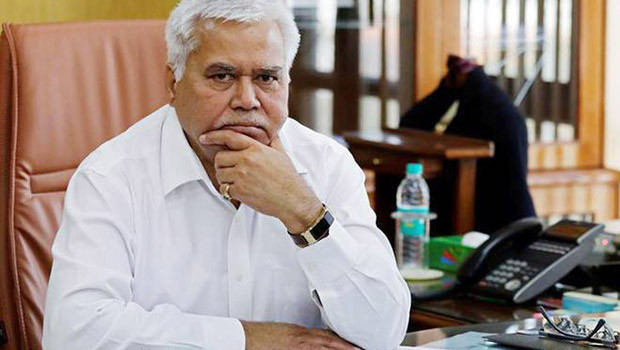 Telecom Regulatory Authority of India (TRAI) Chairman RS Sharma will make way for a new chairperson as his five-year-long tenure ends on September 30.

Sharma was named the TRAI chief for a three-year period in July 2015. In August 2018, the Appointments Committee of the Cabinet approved Sharma’s reappointment till September 30, 2020, when he would attain the age of 65 years.

"The post of the Chairperson, TRAI, will be falling vacant on 1.10.2020," the Telecom Department said in a notice for appointment to the post.

Outlining the criteria for the top job at the regulatory body for telecom and broadcasting sectors, as contained in the TRAI Act, it said the candidate must have "special knowledge of and professional experience in telecom, industry, finance, accountancy, law, management or consumer affairs."

In contrast, the gross revenue from the telecom industry amounted to around 1.2 trillion Indian rupees in the fiscal year 2020.

The government’s notice highlighted that TRAI was established in 1997 to regulate the telecommunication services and to protect the interests of service providers and consumers of the telecom sector, to promote and ensure orderly growth of the telecom sector and for matters connected therewith or incidental thereto.

As far as orderly growth of the telecom sector is concerned, there was twice the number of wireless telecom providers when Sharma took over the role as there are today. Only Reliance Jio Infocom that entered the market in 2016 under his regime was allegedly allowed to flourish while the remaining two operators, Bharti Airtel and Vodafone Idea, are facing an existential crisis today.

Even as under Sharma, TRAI created one of the strongest Net Neutrality rules in the world, both in terms of speed and pricing discrimination, the telecom players were slowly killed, which many alleged was done purposely to benefit Jio.

Though Sharma refuted the charges of being ‘too pro-consumer’ at the expense of the industry as labelled by Director General at Cellular Operators Association of India Rajan Mathews in 2018, the industry is struggling to understand the actual meaning of orderly growth in 2020.

The broadcast sector, which TRAI started to regulate in 2004, is meeting a similar fate as the telecom industry. Barring a few top-performing channels, almost every other is fighting a survival battle. Many have given up, the recent being five channels from Sony Pictures Networks India and one channel from TV Today Network.

There is no denying that TRAI, along with the Ministry of Information and Broadcasting, pushed for many technological advancements, which should have been its primary responsibility. But it was accused of overregulating an industry which ideally should have been free from any regulation.

Following an article on BestMediaInfo.com in April this year, questioning “why TRAI with little understanding of the broadcast business now wants to kill the world’s largest TV measurement system BARC”, Uday Shankar, President, The Walt Disney Company Asia Pacific and Chairman, Star and Disney India told ET Now on May 8 that the television industry was unfortunate to have a regulator with no understanding of the business and which is out to destroy it.

Three days later on May 11, former Information and Broadcasting Minister Manish Tewari in his column on Outlook accepted that giving broadcasting to TRAI in January 2004 was a mistake in the first place and that it had hobbled the growth of the sector.

As the broadcasting businesses are nearing the inevitable, it is yet to be seen if the government comes forward to take it out of TRAI’s clutches and save the sector, which is one of the largest job creators.

By that time, the next Chairman of TRAI will have the challenging task of reviving the broadcast industry in a post-Covid world as it would certainly need thoughtful yet minimal regulation.