Experts tell BestMediaInfo.com that the ban will affect digital marketing budgets and consumer strategies of brands. However, Indian social media entrepreneurs are expected to fill the sudden void and a new ecosystem can emerge where other platforms, apart from social media, will turn into super apps

The Government of India announced a ban on 59 Chinese applications, including TikTok, both on mobile and non-mobile internet-enabled devices last evening. The government said these apps are prejudicial to the sovereignty, integrity and defence of India, the security of the state and public order.

Of the list, only a handful of apps are widely popular and many other utility-oriented apps are easily substitutable. Large social media platforms such as TikTok, Helo and Likee have been impacted.

With the advertising industry is witnessing disruption on account of Covid-19, global recession, lack of product consumption avenues and the boycott of Facebook and other social media platforms by global brands, the recent ban on Chinese apps might change the dynamics drastically.

Also read: TikTok banned in India along with 58 other Chinese apps by the government

Experts told BestMediaInfo.com that the ban on the widely popular Chinese social media platforms will affect digital marketing budgets and consumer engagement strategies of brands. However, the sudden gap is expected to be filled soon by Indian social media entrepreneurs.┬Ā

A new ecosystem can emerge where other platforms (apart from social media) will turn into super apps.

┬Ā"TikTok ban is big for the industry as it had begun to attract a huge number of users and also significant digital advertising budgets over the last year or two," says Samit Sinha Founder of Alchemist Brand Consulting.

Siddharth Devnani, Co-Founder & Partner at SoCheers, said, ŌĆ£TikTok has caught the eye of advertisers and ad spends as well as influencer spends were quickly rising. The ban will lead to replanning of these spends which unfortunately means a total loss of revenue for the new influencers.ŌĆØ

TikTok tried to overcome the barriers to reach the SEC A/B audience. But there are still a lot of platforms available for digital media spends such as Hotstar and other OTTs, Google properties, Amazon, etc.

Neel Gogia, Co-Founder of IPLIX Media, said brands have already started reaching out to understand how they can realign their strategies to reach similar audiences which they had on TikTok.

It will be interesting to see how influencers and brands change their strategies to adapt to other platforms. "We feel in 5-6 months, influencers can build their audience in other platforms (if they create relevant content)," said Gogia.

The ban creates a gap in the market for a short-form video platform, so an Indian version (or multiple) will take off as a replacement soon.┬Ā 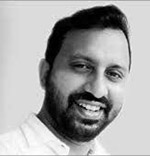 A new ecosystem is expected to emerge where several platforms will turn into super apps. "We can expect Amazon turning into a brand platform rather than an e-commerce centric media player. Flipkart has made numerable changes to its design and built an influencer marketing system. We can see several OTTs and wallet apps trying to build some of the services of these 59 apps, and bridge the demand-supply gap. So, very soon, we will have a new ecosystem where performance, social, and content might go hand in hand," said Sujay Kar, Group Director and Lead, eCommerce at VMLY&R.┬Ā

Shamsuddin Jasani, Group MD, Isobar South Asia, said, "We donŌĆÖt know how long this ban is going to last for. But if it lasts for a few months it certainly is going to have a big effect on the curated video space, YouTube for sure will be the big gainer as well as Indian apps on the space."

Kar said that with 'Make in India' in full force, a plethora of Indian apps would be built overnight to capture audience interest, and there are other platforms that will see rapid growth from here. 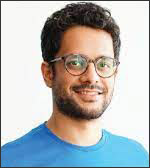 While it's unfortunate for creators who have built influential audiences on these platforms, many of them do have a good presence on other existing platforms (primarily Instagram and YouTube). They should be able to leverage their followings on other emerging platforms, says Pranay Swarup, Co-Founder of Chtrbox.

A lot of TikTok influencers lost their equity overnight and left to build their presence in platforms which they never targeted their personas for. It also means a complete makeover of the influencer advertising system.

Swarup said the influencer marketing industry won't be impacted for long as audiences from Tiktok will quickly shift their focus to new short-form video apps such as Instagram, Snapchat, Mitron or Chingari.┬Ā

"It will take some time for creators to build user bases to the same extent again and understand the new emerging platforms but as long as there are quality creators, there will be viable options for brand storytelling. We've always believed platforms can change but people with influence will remain as a constant," Swarup said.

According to Swarup, some of the banned apps might make a comeback if the platforms make necessary changes.

Kar said ShareChat is a clear front-runner when it comes to acquiring Helo and TikTok users. Myntra would gain an audience from Club Factory and Shein, Chrome Browser will breathe easy, and Roposo and Mitron will emerge as best alternatives overnight. The smaller players would also get a lot of chunk of users due to the ban, and FB and Instagram would get back to their comfort zone as well.

Kar said the Jio Browser with its universe of apps can build dominance in the market.┬Ā"Good times for Make in India. If I were a product developer, I would start working on building a content app tonight. The faster I can, the more the chances to win." 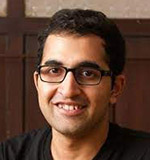 Berges Malu, Director, Public Policy, ShareChat, an Indian regional social media platform, said "This is a welcome move from the Government against platforms that have had serious privacy, cyber security and national security risks. We expect the Government to continue their support to the Indian startup ecosystem."