There have been calls across the board to boycott Chinese brands and most of the media platforms are amplifying the narrative. But given the might of advertising by Chinese brands in India, boycotting them could cause a serious dent in the overall advertising revenue for the media. BestMediaInfo.com deep dives 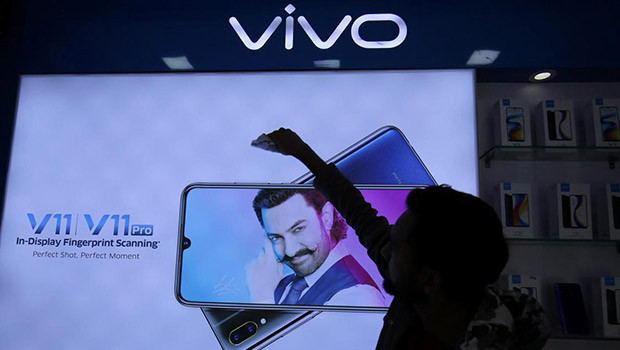 On Wednesday, it was confirmed that 20 Indian soldiers had lost their lives in a faceoff with Chinese troops at Galwan Valley in Ladakh region.

What followed across the nation were calls for boycotting Chinese products.

The traders’ body CAIT went to the extent of releasing a list of over 400 categories where it demanded that the sale of Chinese products should be banned, along with asking top celebrities and sportspersons such as Aamir Khan, Deepika Padukone, Ranbir Kapoor, Katrina Kaif and Virat Kohli not to endorse Chinese brands in India.

But hyperbole aside, can Indian media platforms sustain the jolt of drying up of advertising by Chinese brands?

The Chinese brands, especially in the handset category, hold sway when it comes to advertising on TV, print and outdoor.

Brands such as Oppo, Vivo, OnePlus, Xiaomi and RedMi have advertising budgets running into thousands of crores and spent across TV genres and newspapers. Vivo alone has a five-year sponsorship deal of more than Rs 2,000 crore with the Indian Premier League. Oppo owns the sponsorship of the Indian Cricket team.

And if one were to count the advertising monies poured by the Chinese-owned MG Motor for its India launch last year, the total adex by Chinese brands could be much more. Now with more Chinese auto brands such as Great Wall and others planning to enter India, the marketing budgets of Chinese are likely to shoot up. Advertising by Chinese brands in other electronics categories is also high.

“The overall advertising expenditure has already taken a beating because of the pandemic. But the Chinese brands are still very active as advertisers. So if they were to be banned or boycotted by the media, it could cause serious financial loss to the platforms,” a media planner said.

“This is just a hyperbole. Nothing else. Media knows their survival would be tough if there were no Chinese brands,” said another media planner who works at India’s leading media agency.

India’s dozen plus news channels and all leading newspapers across languages get heavy advertising from the Chinese brands.

Leading handset manufacturer Oppo on Wednesday cancelled its online phone launch in India as tensions on the Indo-China border heated.

But as the tensions on the Indo-China border are increasing, the government may take some steps against the Chinese companies that see India as a huge market, experts said.

“On Wednesday, the government reportedly asked state-owned BSNL to not buy equipment from Huawei and ZTE. The FDI and FII from bordering countries are already banned through automatic route. The norms around Chinese investment and companies in B2B sectors are already being tightened by the government, causing serious fund crunch for the start-up ecosystem of India that has had easy access to the Chinese money as investors such as Alibaba and Tencent have thrown in billions in investment," said a trade policy expert who did not want to be named.

"But consumer companies are unlikely to face any action. There are, however, reports that some Chinese apps may also be banned because of security clearances,” he added.

Tags: advertising by Chinese brands
Advertisment
More from this section