An Indian home made in China!

Look around, right from the mobile phone to the hair dryer, you will find almost everything has a Chinese connection. So just saying boycott Made-in-China products is easier said than done 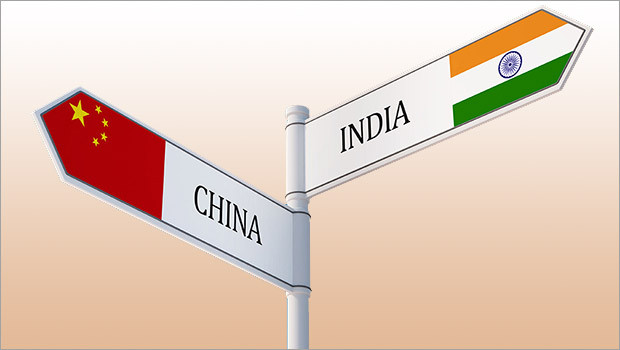 Ever since the India-China violent stand-off in Ladakh, social media in India is going hammer and tongs with anti-China sentiment — calling for banning Made-in-China products and going local by embracing Made-in-India stuff. But, thinking practically, given the way Chinese have made inroads in India, is it really possible, I wondered? I thought of starting off with my own house and looked around if I could junk some Chinese products.

To start with, I thought of the most important thing in our lives today — the mobile phone. And found myself facing the Shakespearean dialogue, ‘Et Tu Brutus?’ For, I possessed a Redmi (read Chinese phone), using it for the last six months. To be honest, I would think twice before dumping it as I had to dig deep into my pocket to get one. In fact, India’s mobile phone market is dominated by China. Xiaomi, Lenovo, Oppo, Vivo, OnePlus to name a few — these are all Chinese mobile companies, assembling and manufacturing smartphones in India as a part of the Make-in-India initiative.

I work from home and my son has to attend online classes. Luckily we have two computers at home. I have an HP all-in-one, an American company. So far, so good! I dug a little deeper into their website to find that Hewlett-Packard sources a lot of its components from China. But I can’t dump my comp for that one reason.

Then our old computer, which our son uses, had become very slow and so we took it to a computer shop to see if it can be salvaged. The technician convinced us that he would reassemble it with the price less than a new computer by changing just a few parts. No prizes for guessing where the parts came from—all Made in China of course!

I looked down and noticed that the two UPS inverters attached to the two computers were made in China. Now if we have to go with the flow and ban China-made products, we need to dump them and buy that of Indian brands. Not a cost-effective proposition at all!

Visit any toy shop and the shopkeeper would always try to convince you to buy China-made toys as you will get exact replicas of branded toys and at a much lesser price (he would never mention the huge margin he gets, of course). When all the hue and cry began about boycotting China-made products, out of curiosity, we checked a few old toys, including a Holi phichkari, of our son, and to our surprise, we found that most of them had a tag written in tiny alphabets — Made in China.

In the lockdown, we started ordering grocery online. The payment would be through Paytm, as it was convenient. An Indian e-commerce payment company at last! But no, Paytm also has Chinese investors investing big in the company. In the meantime, my help called and asked me to send her salary through Paytm as she is in a containment zone now, and so am I, due to Covid positive cases in the areas. Now if I tell her, no I can’t do that as the company has a China connection and it will be ‘unpatriotic’ to do so, will she even understand it? But I am sure she must have heard that ‘China ko ban karna chahiye’, as everywhere people are talking about it in every strata of society.

Surfing news websites, I found quite a lot of information about where Chinese firms had invested big in India.

In 2018, Alibaba invested huge in online grocer BigBasket (from where we order stuff). It had also invested in food delivery app Zomato (so, no online ordering of food). Tencent has a huge investment on ride-hailing app Ola, and e-commerce platform Flipkart too. Alibaba is a large investor also in Paytm, while Tencent has invested in BYJU’s, the education start-up.

Seeing the medicine box I remembered coming across an article that had this para: “Your medicine, prescription or otherwise, may not come from China (although many do), but there’s a high likelihood it contains ingredients that originated in China and other countries affected by the coronavirus.” And it is true — China is a major producer of drug ingredients, known as ‘active pharmaceutical ingredients (APIs)’. In fact, two-thirds of the total imports of bulk drugs come from China, Union Minister for Chemicals and Fertilizers DV Sadananda Gowda had told the Lok Sabha earlier this year. So does that mean, we will stop taking medicines? Absolutely not!

You all must have LED bulbs at home, emitting that brilliant white light. Well, even these have a China link with manufacturing hubs located in China or the use of China technology.

Love your silk sarees? Well, then don’t forget that silk fabric was invented in ancient China and played an important role in their culture and economy for thousands of years. We got it much later when the famous Silk Road opened.

How to forget the popular app TikTok, which is an American video-sharing social networking service but owned by ByteDance, a Beijing-based internet technology company? But how many people will uninstall TikTok, which is a craze among youngsters, from their phones? The irony is that a lot of anti-China memes and videos are being made on TikTok and shared. Even otherwise, people are enjoying funny videos made on the platform and sharing it freely — forgetting at that moment the ‘ban China’ sentiment.

If asked what is your favourite food many of us would promptly reply Chinese — until now, maybe. Now we have to think of a second best option. Being a Bengali, I would prefer Bengali cuisine. For many, may be, Punjabi would be the best reply. But is it really possible to say no to noodles if it is made in India as the concept after all is Chinese? Though the Indian version of Chinese food is different from that of original Chinese cuisine, after all it has a China connection.

Felt like laughing when I read on a website that a political figure said that the best option is to shut down Chinese restaurants. But is it really possible? Or will it really help to counter the Chinese by banning some eateries, which, obviously, would be owned by Indians.

Even that morning cuppa you have to begin your day afresh has a Chinese connection as tea is said to have originated in north Burma and southwestern China as a medicated drink.

Such is the craze of people to ban China that some political party worker in Bengal’s Asansol burnt the effigy of North Korea’s Kim Jong-un confusing him with China’s Xi Jinping.

There is no dearth of memes on social media. A video was doing the rounds where a group bought a Chinese TV just to throw it and break it into pieces. Who will tell those people that you have wasted your money, not China’s.

In our childhood, having a Wing Sung pen was a prized possession, which again was manufactured in China from The Shanghai Hero Pen Company. China is everywhere and we have been using Made-in-China products for the longest time. And banning Made-in-China products, at least in the present times when there are no sufficient valid Indian alternatives, is easier said than done.

When I as an ordinary citizen am finding it difficult to ban China from my small home, I wonder how India as a country with billions of dollars at stake, will ban China.

Tags: An Indian home made in China!
Advertisment
More from this section