With 40 plus ad films in its kitty, The Script Room celebrates its first year

Born out of an enthusiastic and engaged eponymous WhatsApp group, as a place to share and discuss writing in advertising and movies, ‘The Script Room’ has now structured itself as a full-fledged company with offices in Mumbai and Bangalore 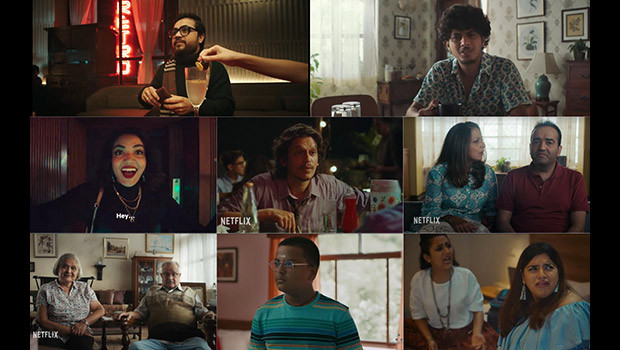 The Script Room, the writers’ hub that successfully created over 40 ad films across youth brands such as Netflix, Oyo, Chumbak, Beck’s Ice and Groww, a financial services app, celebrated its first year of existence amid the lockdown.

A company born out of an enthusiastic and engaged eponymous WhatsApp group, once created by one of the founders, Ramsam, as a place to share and discuss writing in advertising and movies, has now structured itself as a full-fledged company, ‘The Script Room’, as a registered trademark, with offices in Mumbai and Bangalore. Founded by Rajesh Ramaswamy (Ramsam) whose last job was with Lowe, Bangalore and Ayyappan Raj (Ayyappan), whose last engagement was with Lowe (Unilever Global/Lowe Singapore), The Script Room built itself with a singular focus on writing for audio-visual advertising and content. They strongly believe that great writing is behind every single piece of celebrated content, both branded and unbranded, and the purpose of The Script Room is to celebrate writers and give writing its due.

The newly formed entity bagged its first project for Netflix India for a campaign around one of its originals — Selection day. Nine films were shot in one night. The ads appeared sequentially on last year IPL matches. The campaign won the fledgling company the Best Digital Creative Award at Star ReImagine awards. Their second campaign with a series of 10 ads titled ‘So, what are you watching?’ for Netflix was on air on last World Cup and was an Effie Finalist. Speaking about completion of one year, Raj, Founder, The Script Room, said, “We don’t have any typical organisational structure as such. We operate more as a writers’ hub and we spend a lot of time in jamming on what to write before we actually put pen on paper. Since we are a few and we are focussed, we are super conscious of the task, the consumer, limitations of execution and it reflects in the final output, our work. And about completion of first year, it has been a terrific one, extraordinary in all sense.  Ramsam and I started up The Script Room working out of home, added more and more writers, got offices in Mumbai and Bangalore, finished more than 40 ad films, one 30-minute short film (branded content) and with a slate of campaigns in scripting stage and bam! we are back to working from home again! Overall it’s been a fantastic first year, we don’t know if we’re creating something big or something small but we’re having a real good time doing what we’re doing.”

Ramaswamy said, “We have pulled together some of the best writers in the country, who have been very successful in telling insightful, engaging, crafted-to-perfection audio-visual stories. And we make sure that we write for the brand, for the context, for the budget, for the duration — no artificial colours, no preservatives, no added sugar. 100% pure, handwritten ads that effortlessly do their work. We don’t want to do anything that’s art for art sake and stuff that lies in one corner of the internet. And we have clearly chosen to stay away from other channels of advertising, storytelling is our forte and what better medium than audio-visual to tell your stories?

“About one year, I am personally very excited by the spirit of the place and the collective sort of a model that we’re building.”

Prior to lockdown, The Script Room had just wrapped up a series of films for Chumbak and Beck’s Ice, which are in various stages of production and slated to release in the coming months.