News has risen in stature and credibility as channels continue to keep viewers engaged during the pandemic. Can this crisis be a turning point for news to fetch better ad rates and increased business from brands? BestMedaInfo.com finds how news channels can capitalise on the increased trust and viewership 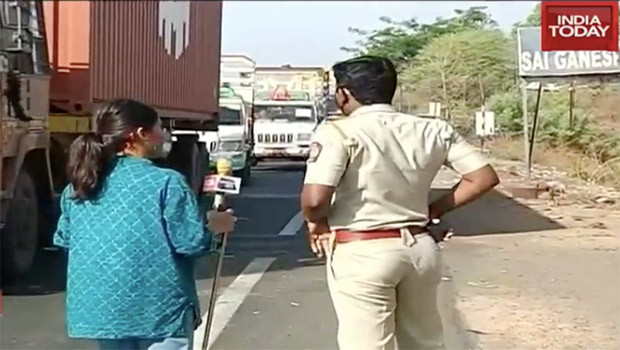 With the gradual easing of the lockdown and the businesses resuming their operations in a phased manner, brands are likely to strengthen their communication with consumers.

And what better way than taking to the news genre on television and their digital medium to reach out to the masses considering how news has held the ground in the most adverse situations.

One of the behavioural changes due to Covid-19 was the way people viewed news television in recent times.

Experts say people have realised how news channels are doing a great job in making them aware about the Covid-19 threat.

But do advertisers think the same about news television considering the kind of engagement the genre has generated and is expected to continue doing for the next year or so?

An independent media expert observed that news television will engage viewers for a significant period given that content production will gradually return to its full potential. “Advertisers realise that news is here to stay. As far as credibility and trustworthiness is concerned, one news brand cannot be trusted by all the viewers and they will watch the channels they trust,” the expert said. Asked if advertisers will value the fact that news has been standing tall during the biggest-ever crisis, Ashish Bhasin, APAC CEO and India Chairman of Dentsu Aegis Network, said they won’t unless somebody educates them.

“News channels will have to market the resilience they have shown during the crisis so that people appreciate this in terms of giving more value to the news genre for a longer period of time. If a GEC comes to you, they talk about their programming. They show 100 benefits of associating with their content. Rather than talking about the benefit they bring on the table, they keep showing viewership numbers. It is true that advertising follows eyeballs but it also needs a credible environment. Besides these, the engagement the genre offers may improve its outlook,” said Bhasin. News has grown not just in terms of performance but also in terms of trust and appreciation, said Vikas Khanchandani, CEO, Republic Media Network. He said, “Most news channels have been working against all odds and amid high risk. In addition to the risk, the operational efforts and cost have increased for news networks. The advertisers and consumers are extremely cognisant of the efforts and are supporting news networks.” The growth in viewership and significant change in the GRP table did not go unnoticed by advertisers and most have already doubled their media weight on news, said Mayank Jain, CEO, Hindi Cluster, TV18.

Mona Jain, Chief Revenue Officer of ABP News Network, said, “The news genre is definitely a favourable medium for advertisers to invest as it has emerged as the most effective and efficient option.”

“This is certainly a tipping point for the news genre as outlays per advertiser have shrunk considerably but at the same time the volume of advertisers has turned out to be a major advantage to stay afloat during these times,” said Jain.

Khanchandani said, “A large number of print-focussed advertisers are looking at reducing their dependence on the medium and TV news and their digital platforms are best suited to fill in the gaps.”

There is a significant shift of education clients, which were largely on print, towards television and digital. News channels have seen significant growth from many other categories such as online education platforms, gaming apps, health and fitness apps, fintech platforms, mobile payments and wallets and other digital business.

“Television has many assets in L Bands and Ashton Bands that are immersed within content and do not require any significant effort to create. The static message on print can be easily converted into these assets,” explained Khanchandani.

News has also the ability to create content-based solutions, which is a very effective tool available for advertisers to craft or curate content and make a stronger connect with their audience. Khanchandani said his Republic Fluid team has been working to craft these solutions and execute them to support advertisers and agency partners.

High viewership and engagement on scheduled special events such as elections and budget days have always delivered premiums to the tune of 40 times more than regular rates on the back of high demand. They are hopeful that the opening of the economy will revive the demand from advertisers, which will eventually translate into higher rates.

Bhasin said, “Rates are a function of supply and demand. If the news channels are able to get long-term sticky eyeballs and market them well, more demand will be automatically generated and they will be benefited.”

Nearly 30-35% advertising is estimated to be from the FMCG sector in such a situation and traditionally these companies have been advertising on general entertainment and movie genres.

Asked if news would be able to attract large FMCG brands, Bhasin said, “News is not a substitute for GEC. Although they look as good as GECs these days, in reality, this is not true. It can become a strong part of your plan provided there is an assurance of regular viewership and credibility.”

During the lockdown, most advertisers refrained from advertising, particularly those in the auto, durables and retail categories. While spends have reduced for FMCG advertisers as well, in the absence of other categories, their share in the total market spend has gone up.

“Most FMCG advertisers fix their media mix in advance and largely operate on CPRP metrics. So while they increased their media weights on news, they haven’t completely changed their media buying mix. If GECs continue to have problems producing original content, then the media mix may change some more,” Jain said.

“This scenario must be taken with the added caveat that television news continues to remain the most effective and lucrative genre for advertisers, which is also ahead in terms of inventory consumption and continues to produce new, experimental and high-quality content. Hence, it has the ability to command a logical price,” she concluded.