The 30-year-old enjoys work that comes with challenges. She calls herself very detail-oriented and appreciates having cultivated the ability to take a step back and look at the bigger picture without losing sight of the smallest pieces of any project 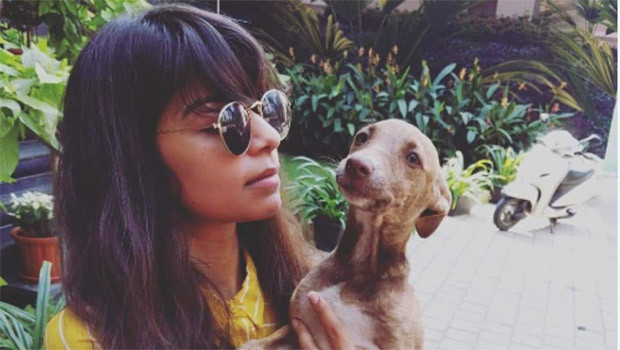 The events industry is like a world in itself that never sleeps, and one can last in this field only if they genuinely love and enjoy working for it, believes MeghanaBhogle. "Each project comes with its own set of challenges and rewards, there's no set format that can be replicated, which means one has to spend enough time understanding the brand, the festival, the offering and most importantly the audience," she said.

The 30-year-old enjoys work that comes with challenges. Armed with degrees of B.com and MBA in marketing, Bhogle has worked for Only Much Louder and Sony Music before Oranjuice Entertainment.

"I did my schooling from Duruelo Convent High, Bandra and bachelors from N.M. College of Commerce and Economics.After that, I went on to do my MBA in marketing. I started my career interning at OML (Only Much Louder) and worked closely with the founders to launch nh7. In," Bhogle said.

Later she moved to Sony Music where she handled Artists and Repertoire for the music label and helped launch artists such as Divine, Arjun Kanungo among others.

After leaving Sony Music, Bhogle took a year-long sabbatical to pursue music again. "I did and continue to lend my voice for a lot of jingles as and when I get the time," she said.

Apart from dedicating her free time for music, she has a deep affection for stray animals. Bhogle runs a page called @goodestboysofbombay that celebrates stray animals in the country and also helps foster/fund/rehabilitate animals in need.

"If not events, I would be definitely doing something that involves animal rehabilitation and welfare my full time," Bhogle admits.

She is also one of the founding members of Voctronica, India's first all-vocal ensemble, but doesn't perform with the band anymore."

Speaking about working at Oranjuice, Bhogle said, "It's my first run-in with the events industry, and I believe my current job expects a lot more in terms of industry knowledge, consumer consumption patterns and actual execution of a live event. When you have mentors like Owen Roncon, V.G.Jairam and VarunKhare — I really wouldn't want to miss a single learning opportunity.So here I am, taking it all in and hopefully giving something back."

According toBhogle, there is no hard and fast rule when it comes to devising a strategy for a brand. Each brand and its targeted TG need to be studied. "If you take enough time trying to understand who you are finally catering to/who your final consumer is— it will go a long way to following a set strategy," she said.

"In the evolving consumer behaviour, the focus needs to be on keeping up what and how entertainment is consumed and match that to what the client/brand needs to communicate and custom-curate it," she said.

She works with multiple teams within Fountainhead MKTG for aspects related to concept, creatives, production, marketing and social media efforts.

Bhogle said it becomes very crucial for anyone who leads the teamto play to each team member's strengths and ensure that they are empowered to take charge and make decisions. "As a leader, you must encourage people to stepup and push the boundaries," she said.

From having no experience in events at all before joining Oranjuice to leading a team across large projects while dabbling in concept-client servicing-planning and on-ground operations in three years, Bhogle has come a long way.

The journey itself of having taken it all with the help of some really great people at the Fountainhead MKTG family is what she considers to be her most significant achievement.

Apart from performing her designated role, she works on artist programming.

"I help with programming not just for Oranjuice but also for Fountainhead MKTG events, and I don't see it as an additional thing to do along with everything else at Oranjuice. It actually helps me offer a little more to the clients whom we work with because of my history with programming," Bhogle said.

Her favourite area in her entire role is when she runs the event on the show day. Seeing the tangible results of what was planned and then creating it on the ground. "It is the highlight of what I do and a bloody good reminder of why I love my job," she said.

According to Bhogle, event companies have to make sure that there is no stone left unturned to make an impact on each person who walks into the event—from the time they step into the venue till the time they leave. The fact that your artist is going to keep them entertained is a given, but event companies have to think of creating a memorable experience for the consumer.

The Arijit Singh GenM concert for Mpower in 2017 was the most challenging and the most notable project she has worked on so far.

"We curated, planned and executed this concert for 20,000 people with a small yet efficient team at Oranjuice for a cause very close to my heart, mental health," Bhoglesaid.

Bhogle has cultivated the ability to take a step back and look at the bigger picture without losing sight of the smallest pieces of any project. While doing that she does feel, that sometimes, the downside is being too detail-oriented and micro managing things too much.

“After delivering a project with complete heart and soul, it’s equally important to step away, do something completely unrelated to work and then come back the next day with a fresh perspective and renewed enthusiasm. In a fast-paced industry like this, taking care of  mental health and well-being is of utmost importance to be the best version of yourself in personal and professional life,” Bhogle said.

She also keeps herself abreast of what's happening internationally and constantly looks to find ways and means to bridge the gap between the consumer experience at live events here and the experience provided internationally.