There has been a lot of debate around whether the IRS numbers are representative enough and if there is a need to add digital readership to it as well. In a conversation with BestMediaInfo.com, leaders from the print and media industry suggest ways to make the survey a more robust currency 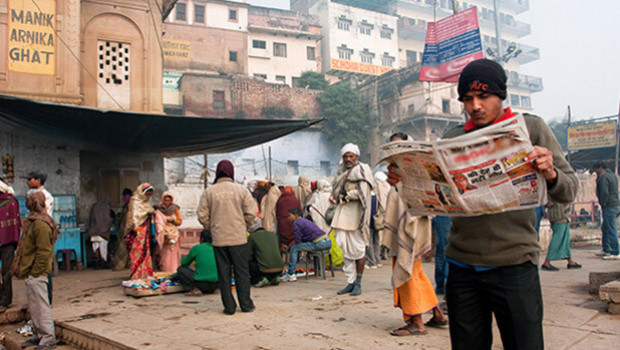 Does it mean that print is dying or has the data been unable to capture the overall trends? Industry experts suggest that there's a need for an overhaul when it comes for the survey to catch the new-age trends.

Experts suggest a more scientific method of arriving at the final numbers and including new streams.

"We have been living in a digital age for more than 10 years, and now, where every keystroke is counted, monitored and harvested by marketers, with use of ‘big data analytics’ and AI, print measurement (IRS) is yet to move beyond ‘mast-head recognition’. As a result, whilst digital media planning/ buying has become almost completely scientific, (as in programmatic), print media planning/ buying/ selling, to a large extent, still relies on relationships and perception," said Sundeep Nagpal, Founder Director, Stratagem Media.

Some suggest that there's an urgent need for the MRUC to increase the sample size of the survey and go into deeper pockets.

"IRS has upgraded itself tremendously, by moving from the diaries to the tablets and digitising most of the process. However, sample size needs to increase. For a 4.5 crore population of Odisha, a sample of 10,000 is too less. It has to be representative of everything. Another major issue is that the competitors’ readership is sometimes reflected as a sudden surge in a given quarter, without much rhyme or reason, which creates confusion. These fluctuations are something that I think will crease out with better, bigger samples. We need to look at including a bigger geographical area to be covered by the IRS," said Monica Nayyar Patnaik, MD, Sambad Group Industry, Media and Entertainment.

Echoing Nagpal's thoughts on the age-old practice of masthead recognition, a publisher from South India said, "There are two things that we need to recommend to the IRS committee. First, many publications have the same logo as that on their TV channels, which help them in better recall. For example, when you show a responder the masthead of Puthiya Thalaimurai, they recall the masthead not necessarily of the magazine but of the news channel logo. However, it doesn’t mean that the responder has read the magazine. There are more examples of these kinds, such as Thanthi TV and Daily Thanthi, their logos are the same."

The experts say in unison that there's a requirement for making the survey more holistic by asking section readership-specific questions. They claim this could ensure right advertising pricing for different sections, which till now is calculated on the basis of perception.

"IRS is undoubtedly a massive quantitative study, (and a very lengthy one as well, with sections on product user-ship and consumption), but there is scope for improvement of quality. The IRS has shied away from metrics such as time spent, proportion read and readership of special sections (business, sports, etc). After all, supplements have been around for over two decades now. Prominent (city and lifestyle) supplements of every lead newspaper in the country have been attracting a fair share of advertising revenue, and some, for more than two decades now, but without this purchase currency," Nagpal said.

"A whole new set of metrics should be evolved that allow users of research to have access to more contemporised information. Having been associated with the product IRS in the past, my POV is that IRS is currently constrained by the limited value it offers to non-print media, thereby limiting subscriptions from other media such as TV, radio, digital and advertisers. This is a vicious cycle the IRS has to get out of to stay relevant to the already-changed media consumption trends in the country. The IRS is best equipped to do this.

“That requires a sincere commitment from all stakeholders, including advertisers (backed by investments from them) to make IRS the comprehensive currency for all media," said Sathyamurthy Namakkal, Executive Director, DDB Mudra Group and President, OMD Mudramax.

Can include e-paper and digital readership

The readership of e-papers have soared post the lockdown, which makes a solid case for including the e-paper and digital readership-related section in the survey. Experts say it could be a step in the right direction but how it's included will have to be debated thoroughly.

Paritosh Joshi, Principal at Provocateur Advisory, said, "The overall AIR for dailies has dropped by almost 15%, but I don’t think the IRS is to be blamed for it. The IRS is merely the messenger. If the reality is grim, it cannot do much but report that. While most publishers are now taking a stance and going digital, the IRS, on the other hand, needs to seriously start measuring e-papers. There was talk of a digital measurement project by the Audit Bureau of Circulation (ABC) but it seems to have made little progress. The problem is that there is no consensus on e-paper and digital versions’ measurement in the industry. So, the IRS/ MRUC probably needs to build consensus among all stakeholders, most importantly publishers, before really looking at measuring digital readership."

Publishers say it will help them to get a better value from the advertisers if the e-paper was also included.

"Another aspect is that we need to get e-paper and website readership too. But it shouldn’t be comparative to the print edition. It should be a cumulative single number of the total readership. For example, Vikatan’s total readership is X, of which y% read on e-paper, z% read on website and the rest is print readership. Something like this data will help improve the brand status for the advertisers too," the publisher from South India said.

Patnaik of Sambad said, "One more step that the IRS must take is to start e-paper readership measurement as soon as it can."

Sathya of OMD Mudramax said digital readership as a part of the survey would greatly help advertisers.

"One improvement the IRS can do is to measure the digital extension of publications so that total audience of a title can be measured. Legacy media's digital extensions, including e-papers, must be measured. An unduplicated reach integrating print and digital will show that the loyalty of the readership of legacy print titles are intact. Readership surveys should cover print and their extensions only," said Varghese Chandy, Vice-President, Marketing, Advertising Sales, Malayala Manorama. Sanjeev Bhargava, Brand Director, Times of India, says the survey is quite robust and there's no need for any procedural change. "AIR is a very robust measurement of readership and of course there can be finer splitting of data by content," he said.

Bhargava said there was no need to add the digital number to the print readership.

"The metrics of measurement in the digital world are eyeballs, likes, comments, shares, clicks and views. It is the worst kept secret in the world that all of these metrics are heavily manipulated through covert mechanisms such as bots, false clicks and so on," he said.

"In contrast, the IRS data is real. Cross checked at several levels to avoid corruption, represents real people living across the country and representing all strata of society. The IRS is the biggest field survey in the world of marketing and delivers very authentic and valuable data for the marketing community," he added.

Chandy said that IRS was already covering a lot of questions like demographics, durables ownership, products/ brands use and others.

"Since it is a face-to-face interview, there is a limitation in length of questionnaire, nature of the questions to be asked and in monitoring real-time behaviour. Publications are already pressurising MRUC to reduce the questionnaire length to improve quality of the interview.

“IRS has already improved a lot in the last two years and the complaints about the believability of the figures have come down due to the security measures MRUC has taken. But it will still have the problems any sample survey has," he added.