Dentsu Impact and My Choices Foundation launched a campaign to create awareness about those women who are locked with their abusers during the lockdown and are victims of domestic abuse and marital rape, and being forced to become mothers 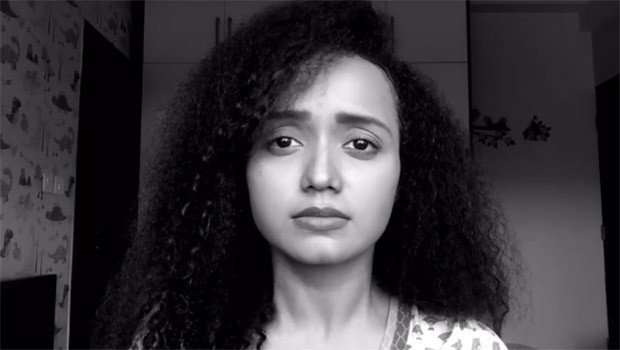 While the world was busy celebrating motherhood during the lockdown, there were thousands of women who were forced to become mothers in their so-called ‘safe’ places called homes. With no choice and no way out, they face a future that has been thrust upon them.

To get the world talking about this issue, Dentsu Impact, the creative agency from Dentsu Aegis Network (DAN) India, conceptualised and executed a digital video that puts the spotlight on one of the biggest and yet least understood causalities of the Covid lockdown.

My Choices Foundation aims to give women and girls the choice to live free from violence, abuse and exploitation. The National Commission for Women has reported a sharp increase in cases of domestic violence, rape and attempted rape from the final week of March 2020. While the lockdown is a necessary step to prevent the spread of Covid-19, it also means that women, who are victims of sexual domestic assaults, are now locked inside the house with their abusers. The brief was to highlight this sharp increase worldwide because of the lockdown.

In these times of crisis, home was meant to be the safest place for everyone. And yet, it turned out to become the most dangerous place for many. Several cases of domestic abuse and marital rape are being reported almost every day, and as a result, the numbers of unwanted pregnancies has surged manifold. Women have become mothers not out of love, but by force, and without a choice. As the world celebrated Mother’s Day, its eyes needed to be opened to the plight of millions of women trapped in a world of violence inside their homes. The aim was to (We wanted to) create awareness about them, who never had the choice of not becoming mothers, unlike the ones who were receiving all the love on this special occasion.

Dentsu Impact, the creative agency from Dentsu Aegis Network (DAN) India, conceptualised and executed a digital video to highlight the problem. The video shows women staring at the camera, unable to speak a word. But despite the silence, what we see is anger, angst and suffocation. The sound design was to enhance the pain that these women have to endure. We hear the claustrophobic pain these women from various walks of life go through every day. The voice over is meant to be their inner voice pleading for us to help them and prevent them from becoming mothers by force. Elca Grobler, Founder, My Choices Foundation, said, “The video, from the opening, makes anyone who watches it feel unsettled. The agonising voice of the victims sends chills down one’s spine, and it evokes a sense of torment. It is brilliant in captivating the intensity of the affliction brought onto the victims by their abusers. This leaves one infuriated and with a feeling of disgust at what vulnerable women have to endure. Although it is extremely difficult to fully know the pain that these women go through, it sends across an immensely strong message — let us not be silent! We feel fortunate to be able to help victims by providing access to our national toll-free helpline number. Each one who reaches out to us will be referred to one of our counsellors to assist and intervene in the sexual abuse, as well as connect them with the nearest police station.”

Anupama Ramaswamy, National Creative Director, Dentsu Impact, added, “We used Mother’s Day as the setting for this communication. The reason being, while the world wants hope during the lockdown, some women are dreading every single day of it. This lockdown is nothing less than a living hell for them. The prediction of 7 million unwanted pregnancies is alarming. If we cannot help these women, we would be doing nothing to stop 7 million innocent children from being born in unhappy households. With this communication, we aim to make people and authorities recognise the fear with which these women live. And give them a chance to live life on their terms.”

Tags: Dentsu Impact Mothers Without A Choice My Choices Foundation
Advertisment
More from this section