According to BARC India’s Week 13 data, the growth of news genre slowed down in Week 13 even though its viewership rose by 251% over pre-Covid period between Week 2-4 vs 298% in Week 12 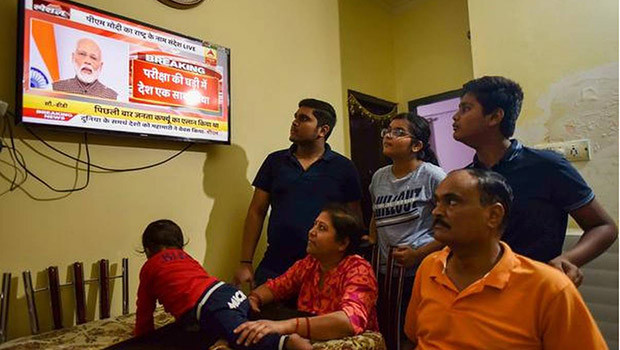 Continuous growth in television consumption was seen in Week 13, says the third edition of the ‘TV + Smartphone consumption report during crisis’ report by BARC India and Nielsen, which gave insights into the changing viewing patterns during the 21-day lockdown imposed to check the spread of Covid-19.

According to the report, there was a 77% growth in the movie genre in Week 13 over the pre-Covid period between Week 2-4. The genre had grown by 56% in Week 12. The drive came through five movie channels in the pay category.

The viewership growth in top South GEC channels was also driven due to the movies aired, the report said. The regional movie channels witnessed growth during the period. The number of viewers spending more than 1 hour on movie channels has also grown week-on-week.

There was a continuous hike in non-prime time viewership in week 13. There was growth in late night and morning viewership. Late-night viewership was high on account of movies and news, it said.

The growth of news channels slowed down in Week 13 even though news viewership rose by 251% over the pre-Covid period between Week 2-4. The growth was 298% in Week 12.

Business news grew by 70% and infotainment grew by 57%. The kids and youth genre grew by 44% and 42%, respectively. The GEC space was ruled by Doordarshan in Week 13 and witnessed a 9% growth. However, there was significant growth in Week 13 on the pay category as a few classics returned. This trend was noticed in the South where Sun TV gained healthy viewership on the back of the return of classics.