India secures 87 shortlists in The One Show 2020

FCB India leads with 25 for Mumbai Police ‘The Punishing Signal’ and 11 for the Times of India’s ‘Out and Proud’ Classified and two for The Open Door Project. McCann, BBDO, Grey India and Carmesi have one campaign each in the shortlist 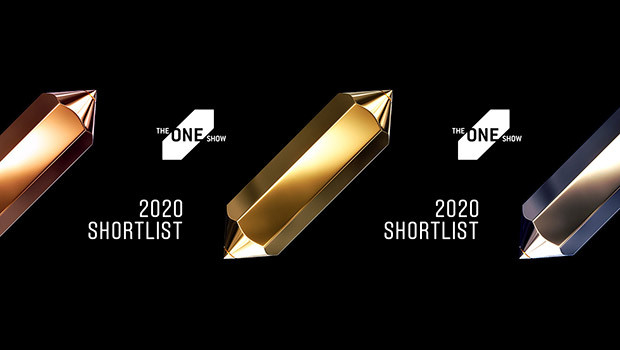 India has secured 87 shortlists in The One Show 2020 by the One Club for Creativity. FCB India leads with the maximum numbers, 25 for Mumbai Police ‘The Punishing Signal’ and 11 for the Times of India’s ‘Out and Proud’ Classified and two for The Open Door Project.

McCann, BBDO, Grey India and Carmesi have one campaign each in the shortlist, and Ogilvy & Mather and Dentsu Webchutney have seven.

Globally, McCann, BBDO and Ogilvy have the most work on the complete shortlist for The One Show 2020 awards, as announced by The One Club for Creativity, the world’s foremost non-profit organisation supporting and celebrating the global creative community.

Leo Burnett Mumbai’s five shortlists are for  #StopMithani (HDFC Bank), Beat of a Billion (Spotify) and another one for Jeep Democracy for Jeep.

Wunderman Thompson has six shortlists; three for ‘The Lynching’ campaign for Turtle Limited, two for Mumbai Mirror’s ‘The Mumbai Mirrored’ and one for HUL’s ‘The Soap with a Lump’.

Independent agency Famous Innovations, Mumbai, has five shortlists. Two for the The Master Stroke campaign, two for Tadoba Wildlife Sanctuary and Irai Safari’s Avoid Humans and one for Behind the Photograph.

Among seven shortlisted entries of Dentsu Webchutney, three are Voice of Hunger (Swiggy), two for Flipkart Hagglebot and other two for Uri Trigger Happy Entertainment.

TBWA Mumbai shortlist is for ‘One Mindful Mind’ in two categories of Design.

Of Ogilvy’s seven shortlists, three are for Pernod Ricard India’s ‘The Legacy Project’, two for UNEP (United Nations Environmental Program) I Will Wear Out Plastic and one each for (GTH-GA) Don't wash. Don't clean. Save the Evidence and Mondelez India’s Unity Bar.

This full shortlist includes work that made it through the first round of judging in The One Show’s quarterly entry system and was announced in January, as well as the much higher number of later entries judged since the final-entry deadline in February.  The complete global shortlist is available for viewing here: https://www.oneshow.org/downloads/results/2020OneShow_Shortlist.pdf

In Asia Pacific, Cheil Worldwide has 56 entries on the shortlist, with 45 coming from its Seoul, Beijing, Hong Kong, Gurugram and Sydney offices.  Dentsu Tokyo has 42, FCB India Mumbai has 31 (all for Mumbai Police “The Punishing Signal”), DDB Group New Zealand Auckland has 19, TBWA\Hakuhodo Tokyo has 14, Ogilvy Group Thailand Bangkok has 13 and DDB Sydney has nine.

McCann New York has the most One Show 2020 shortlisted entries with 107, including 20 each for March For Our Lives “Generation Lockdown” and New York Lottery “The Most Metal Scratch-Off”, 18 for Microsoft “Changing the Game”, 13 for Lockheed-Martin “Think Inside the Box” and 12 for Verizon “The Team That Wouldn’t Be Here.”

Other top agencies in North America are BBDO New York with 89 (including 23 for Monica Lewinsky “The Epidemic”), Ogilvy Chicago with 63 (including 43 for work on behalf of SC Johnson Lysoform, Kiwi and Glade), Arnold Boston with 58, David Miami with 50 (including 21 with INGO Stockholm and Publicis Bucharest for Burger King “Moldy Whopper”), Goodby Silverstein & Partners San Francisco with 44, FCB in Toronto with 43 (27 for FCB Toronto and 16 for FCB/SIX), TBWA\Media Arts Lab Los Angeles with 41 (for 10 different Apple entries) and Droga5 New York with 38.

In the Middle East and Africa, TBWA\Hunt Lascaris Johannesburg has 16, TBWA\Istanbul has seven, ImpactBBDO Dubai and McCann Tel Aviv have six each, and Leo Burnett Israel Tel Aviv has five.

Work included on The One Show complete shortlist advances to the second round of judging but is not guaranteed to win.  The One Show finalists list -- work judges have decided will win either Gold, Silver, Bronze Pencils or Merits -- will be announced in late May.

The One Club conducted all of this year’s judging online to keep jury members out of harm’s way, and will announce 2020 Pencil winners during a special online streaming event to be announced shortly.

The One Show Archives and Creative Ranking will serve as the authoritative global resource this year for the creative community to gauge trends and see the best work in the world.