Viral Jani, Senior Vice President, Investment Operations, Times Bridge, argues here is a novel opportunity that is augmenting the influence of content-driven cinema – on OTT platforms and beyond – and it is maturing fast 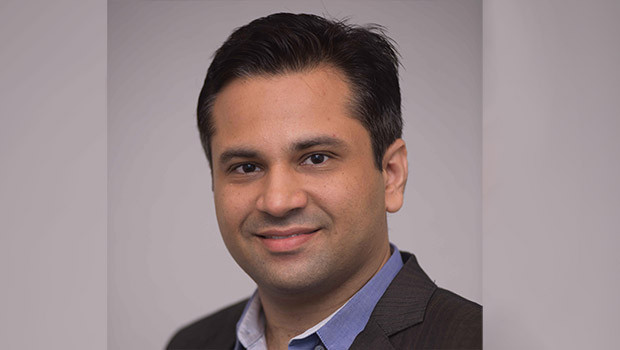 To keep up with the ever discerning and ever aware audiences, content is increasingly becoming compelling, differentiated and message-driven. Nowhere is this truer than in cinema showcased on OTT platforms. Online audiences are driving the metamorphosis of films towards nuanced stories that go beyond escapism.

The key advantage of OTT platforms stems from the breadth of content on offer – from maestros like Satyajit Ray and Hrishikesh Mukherjee to new-age filmmakers like Karan Johar and Anurag Kashyap as well as global cinema in multiple languages, such as ‘Parasite’. One can experience this range across platforms like MUBI, Netflix, MX Player, Amazon Prime Video and more.

This is particularly relevant at a time when people are indoors amid the coronavirus-triggered lockdown – a recent Nielsen report found that this could lead to a near 60% rise in the amount of content they consume.

OTT platforms have something in store for all audiences that tune in from all the corners of India. Through technology, these video-streaming services closely track the change in audience mindsets – the quest for something different from what’s been offered for decades. The millennial and Gen Z generation, in particular, are seeking curated and customised content libraries. OTT players have been prompt in chasing this trend with Netflix harnessing recommendation engines to present intelligent content suggestions and MUBI relying on content curators to hand-pick internationally-acclaimed cinema for its viewers.

There’s something for everyone!

In the conventional scheme of things, a handful of stories (read ‘safe bets’, ‘mass-appeal’) are churned and re-churned. New, real stories, ones that are controversial often don’t see the light of day on the big screen. OTT players, investing in content across genres and at scale, have liberated filmmakers and writers, bestowing on them a rare creative freedom. No subject is too sacrosanct – from politics and crime in India’s B badlands to sexuality and a challenge to social mores – to be tackled.

Writers are free to construct scenarios, characters and plots. With limited censorship and far more open-minded audiences, they are free to explore subjects that may be unpalatable for the big screen.

This has got industry biggies interested in this new-found world. Whether it's an original series, documentary or movie, the investment in content by OTT players shows no signs of slowing. Netflix, for instance, has set aside Rs 3,000 crore for Indian content.

Small-budget films have been a major beneficiary. Due to lack of screen availability, money-minting prospects and budgets, content-driven films often fell by the wayside. Such hidden gems would often make it to prestigious global film festivals but not on big screens or even TV. But in the digital realm, their impact is widening. It’s a revenue alternative that empowers filmmakers to develop quality content and guarantees an audience because of the platforms’ marketing muscle.

This also means fewer compromises on content without the pressures of a theatrical release. The film is available across the globe and it can be targeted using the platforms’ data to specific pockets of audiences. It’s one of the reasons why MUBI plans to premiere Pablo Larrain’s latest film ‘Ema’ on a virtual-only basis in India, UK and Ireland for the platform’s subscribers.

It’s become clear over time that there is an audience keen on watching quality films, often seen mainly on the festival circuit. However, with a steadily rising interest in cinema beyond the traditional fare coupled with constrained access to such content, OTT platforms have become the destination of choice for many.

Filmmakers have been quick to acknowledge that they couldn’t be happier as they get heightened reach off lower budgets and greater creative control.

Another unexpected and welcome beneficiary of the OTT revolution is regional cinema, which gets its fair share of audience on OTT platforms by tapping niches often left unattended by big production houses. This is backed by a strong business case – for a platform to be profitable and build its own moat, it must eventually immerse itself in the regional market with local-language content.

Regional language films, as well as stories from smaller urban centres, are well received due to their relatable content.

According to Ormax Media’s OTT Audience Report: 2019, the size of the Indian streaming audience (number of people above the age of 15 who watch online videos for at least two hours a week and use at least one OTT platform) stands at 76.5 million. The market is expanding rapidly – according to a recent report by PwC, OTT will grow at 22% a year to reach Rs 12,000 crore in the next four years.

The penetration of smartphones, on which much of the content is accessed, is growing fast, expected to hit 859 million by 2022, according to a study by ASSOCHAM and PwC. With 5G around the corner, the sky’s the limit.

It’s no wonder that the number of OTT platforms are multiplying – from a mere nine in 2012 to more than 35 in 2019 on the back of audience demand and affordable data that has sparked a boom in video consumption. Cinema, which was essentially distributed via theatres earlier, has responded by changing release strategies – often to OTT-only.

The situation is a win-win for all. Filmmakers now have an opportunity to focus on great content – not always possible in the traditional commercial framework – and audience interest and hence revenues from it is climbing up. Here’s a novel opportunity that is augmenting the influence of content-driven cinema – on OTT platforms and beyond – and it is maturing fast. No wonder filmmakers are smiling.