Right from cracking and working on the key concept of an event to working on its visualisation and narrative, for 28-year old Alexander, the whole journey of taking on a project is wholesome and fulfilling 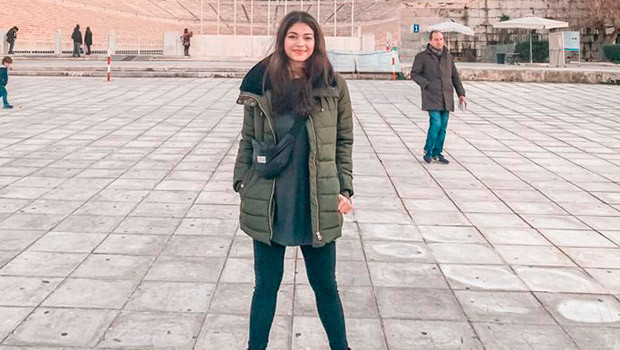 Margaret Alexander believes that an experiential showcase—a corporate gig, a sporting ceremony or simply an entertainment show—is a much more wholesome channel to connect with the audience and tell a story.

Right from cracking and working on the key concept of the event to working on its visualisation and narrative, for Alexander, 28, the whole journey of taking on a project is very wholesome and fulfilling.

“By putting together a show on paper with the right order of events along with its ideal duration that later translates to a spectacle one on the ground. From looking after the script, music, VOs and graphics that elevate the look of the show, the props and artists. Every detail ultimately decides what its live translation is — is that good enough for people to sit and watch,” said Alexander, Group Head, Special Projects, Fountainhead MKTG.

Alexander started her career with UTV Software Communications in the production and creative departments for non-fiction television shows. Later she joined Carving Dreams (now Exceed) where she worked as an in-house Assistant Director for non-fiction TV shows. It was during her time in Exceed where she started to focus on live events.

“After working on several sporting and Bollywood projects, I finally managed to carve a niche for myself in large-scale televised events,” she said.

She never had any second thoughts about the path she chose as a career, but making a career in music was always a second option for her. “Do what you love but don’t ever sell something you don’t believe in yourself,” she said.

Since her college days, Alexander was inclined to do something in the visual medium and was an avid photography enthusiast at that time. Music, art, fitness and food are some of her hobbies.

She advises her team to be fearless and work on a project until it reaches its best possible version. “If you have the best intentions at heart to win a pitch, create a strong message or even design an experience you believe adds value to the show and meets the objectives of the brief and not just fills the gap or crosses a checklist but do it. Work on it until you believe it reached its best possible version and then make it happen,” she said.

Alexander feels Fountainhead MKTG is too chill to be called as a workplace for creative professionals. “The leadership is very supportive and encouraging towards younger professionals to radically transform the event space in the country and always try out new things in the experiential industry,” she pointed out.

Speaking on embracing experiences for consumers with technology, she said, “There is always something new and exciting to showcase a spectacle at an event. Utilising a piece of tech that has been in the industry for a while and applying it differently is the key to making a statement.”

According to Alexander, events are one of those professions that ‘purely’ teach through experiences. I’ve learnt to appreciate certain nuances more and the hard truth of certain elements being completely out of control and still have to be handled with the best possible attitude.

Her biggest strength and weakness is her interest and keenness to work within different aspects of events in various capacities, which exceed the creative concept realm. Right from production design, technical planning that supports the storytelling and enhances the narrative of the production.

“This often leaves me scrambling to finish the story simply due to the tough timelines we work on. I wish we got months to work on large-scale shows just like how it is practised internationally,” she said.

The most challenging event so far for her has been executing a Bollywood filmy awards programme which FMKTG have been doing for quite a few years. “In the year 2019, we executed the said project in a record time of three weeks, which involved creating many aspects of the show from scratch, which is way beyond the scope of making a concept note. From act ideas, scenting elements, hero ideas, technology play, graphic content, etc,” she said.

Inspiration in her comes from everywhere, right from art, news, people, travel, innovation around the world.

She admires her mother the most, who relentlessly worked all her life while maintaining a stronghold over her domestic life and family.

Finding ways to make the hustle and grind work with well-rounded family life is the balance Alexander aspires to achieve in life.

“Burnouts and exhaustion is not a sign of success. If you can strike that balance and still be mentally at peace, you’ve made it at life,” she advised.

Speaking about good experiential marketing experts in the industry, Alexander said, “There are avenues for creatives to explore way more than ever. Identifying different mediums to showcase the narrative of the event and then engaging with more experts to understand those mediums better not only expands our horizons but also introduces newer things for the industry. Because cutting-edge technology, sadly, is the most evolving term and what’s great today could be obsolete in six months. It’s the people who can find new ways to work with what’s there and improvise it to provide better solutions for events.”