Zee Biskope has got on board all three superstars of Bhojiwood — Nirahua, Pawan Singh and Khesari Lal Yadav— as its brand ambassadors. The campaign is spanned across mediums like television, print, outdoor, digital and radio

For the first time ever in the history of Bhojiwood, Zee Biskope has got on board all three superstars of Bhojiwood — Nirahua, Pawan Singh and Khesari Lal Yadav— as its brand ambassadors. They rolled out a high-decibel integrated ad campaign that celebrates the channel’s unique offerings. The campaign spanned across mediums like television, print, outdoor, digital and radio with the aim to create awareness and build sampling momentum.

Zee Biskope aims to be the ultimate destination of authentic Bhojpuri entertainment. The brand signifies a space which enables viewers to rejoice their Bhojpuriyat at their unabashed best. Touted as the go-to destination for Bhojpuri movies; Zee Biskope offers a slew of robust content spread across an array of genres highly popular among Bhojpuri audience, such as romance, drama, action and comedy.

Publicis India conceptualised a unique campaign that epitomises the three main genres of Bhojpuri movies: Action, romance and drama which are essayed by Zee Biskope’s brand ambassadors Pawan Singh, Khesari Lal Yadav and Niruaha. All three films were written and directed keeping the Bhojpuri audience and nuances in mind. The creative idea was to rejoice every moment of your Bhojpuriya life to its unabashed best just like Bhojpuri movies do. 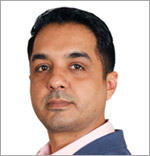 Amarpreet Singh Saini, Business Head, Zee Biskope and Big Ganga, said, “The idea behind the campaign was to capture the essence of Bhojpuri movies albeit with a clutter-breaking rendition. The films were meant to connect with audience and at the same time establish the brand as a unique offering in the category. Each film takes a distinct and stand out route to introduction of the conflict, reveal of mega star and culmination into celebration of brand promise in three distinct styles. The high uniqueness score’ in brand survey corroborates the efficacy of this well thought out campaign. The collaboration with Publicis ensured authenticity and finesse across films, given their keen eye for detail and high thrust on sophistication in execution.” 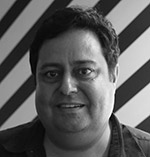 Ajay Gahlaut, MD and CCO, Publicis India, said, “We wanted to appeal to the sensibilities of the delightful people of Bhojpuri belt — witty, funny and unapologetically over-the-top. We are giving the people what they want with this campaign — unlimited entertainment at all hours of the day. We are happy to see our messaging having a great impact with the audience it is intended towards.”

Each of the three films bring out key emotions that resonate with what Zee Biskope truly stands for. In the first ad film, that strongly brings to light the channel’s action-packed content offerings, the protagonist Pawan Singh is seen supporting a cycle rickshaw owner as he falls victim to the high-handedness of a local goon. Leading from the front, Pawan single-handedly takes on the goon and his cronies in his inimitable action style. He reasons that viewers can also enjoy similar action from a host of action-packed movies available on Zee Biskope.

In the second film, the protagonist Khesari Lal Yadav is shown as a love guru advocating a newly married couple on matters of the heart. With romance as the core of this film, the actor ridicules the couple for being introverts and encourages them to set aside their apprehensions and go ahead and make love without any hesitations. He goes on to affirm to the audience that similar messages can be availed from him if they were to watch romantic movies on Zee Biskope.

In the third film, the protagonist Niruaha makes a case for celebrating one’s performance in exams irrespective of the grades they acquire. Whether it is first or third division, one should celebrate every small achievement just like the movies on Zee Biskope.