Zee Picchar released the first in a series of brand films, conceptualised by DDB Mudra, that showcase how cinema lovers have a unique take on life 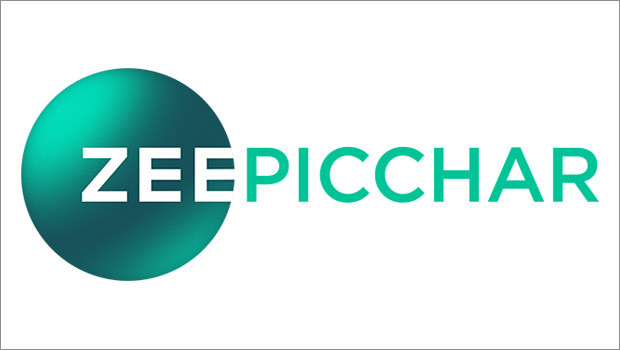 Zee Picchar, the new Kannada movie channel from Zee Entertainment, went on air from March 1, promising to leave its viewers with a ‘Hit Dinada Feeling’.

The brand proposition ‘Hit Dinada Feeling’ that translates into having a ‘hit day feeling’ will be showcased through the channel’s offering and communication. Zee Picchar released the first in a series of brand films, conceptualised by DDB Mudra, that showcase how cinema lovers have a unique take on life. Finding moments of victory and joy in any situation, they can turn it in their favour with the magic of cinema.

Launching the channel Kannada cinema style, life-size cut-outs of the channel logo have been installed in theatres in Karnataka to mark the launch in an authentic and grand manner while tapping into the most iconic symbols associated with movie releases and fandom.

Siju Prabhakaran, South Cluster Head, Zeel, said, “The success of the six channels — Zee Kannada, Zee Telugu, Zee Cinemalu, Zee Tamil, Zee Keralam and most recently launched Zee Thirai in the Zee South Portfolio is testimony to the network’s vision to emerge as the one-stop destination for fans of entertainment. With the launch of Zee Picchar, we aim to further this growth by celebrating the love and passion that Kannadigas have towards films. With a diverse movie library, we aim to make every day a ‘hit-day’ by presenting best-in-class entertainment for our viewers.”

Prathyusha Agarwal, Chief Consumer Officer, Domestic Broadcast Business, Zeel said, “At Zee, we believe in getting deep inside the cultural core of each of the region we operate in and bring alive its true spirit in our stories. In Karnataka, we have remained No.1 for 48 consecutive weeks with Zee Kannada, which is a testimony to this strong customer centricity. With the launch of Zee Picchar, we unite with the Kannada audiences to celebrate their love for cinema and its role in their lives. The brand promises to leave viewers with a ‘Hit Dinada Feeling’ every day and encourage them to turn an ordinary day into an extraordinary one.”

To give the Hit day’s feeling, the channel is bringing to the viewers an extensive library of 350+ films. Zee Picchar will not only air hit movies such as Mayura, Milana, Jogi and Bul Bul but the vast library also includes some of the highest ever rated movies on television like Kurukshetra, Pailwaan, Doddmane Hudga, Hebbuli and The Villain. Every day at 1pm, audiences can enjoy ‘One break Movie’ — movies with just one break — for entertainment with minimum interruptions. From Monday to Friday at 7pm, the viewers will feel ‘Ee Sanje Hit Aagide’ with all-time sandalwood hits. ‘Hosa Hit Picchar’ at Saturdays, 7 Pm and Sunday Blockbusters will make the weekend a hit for Kannada families. For the first time ever for any Kannada movie channel, Zee Picchar will showcase a World Television Premiere Festival for 12 consecutive days.

Raghavendra Hunsur, Business Head, Zee Kannada, said, “Zee Kannada has seen the most incredible journey in the last one year by emerging as the number 1 Kannada GEC channel in Karnataka. Now with the launch of Zee Picchar, we hope to find a place in the hearts and minds of fans of Sandalwood. Our offerings such as one-break films and 12 premieres in 12 days are a first for any channel on the Kannada television industry and will present viewers with best-in-class entertainment. With Zee Picchar, we aim to leave our viewers with a ‘Hit Dinada Felling’ and promise to indulge the love and passion that our audience has for Kannada cinema.”

Krupanand Sivadasan, Senior Creative Director, DDB Mudra group, Bangalore, said, “To stay relevant, it is more important than ever for a movie channel to represent something real in people’s lives. And that’s exactly what Zee Picchar is doing for those who adore sandalwood movies. With an array of carefully handpicked movies and never seen before packaging, it is definitely going to give the small screen viewers a ‘hit dinada feeling’. A feeling that is a celebration of small victories over hurdles that a day can throw at you. Our brand films and other communication pieces are crafted to deliver on this promise.”