The network crossed 100 shows on its platform. Among the new ones, some are in regional Indian languages, others offer in-depth conversations about a host of offbeat subjects

IVM Podcasts, the podcast network in India, celebrated its fifth anniversary on March 8 by announcing the addition of five new shows to their catalogue and crossing 100 shows on the platform.

┬ĀA premier player in the Indian podcasting space, IVM has witnessed a huge rise in its listener numbers, serving all kinds of podcasts to its listeners ŌĆö from comedy, politics, advertising to business.

IVM plans to launch five exciting new podcasts this month; while some are in regional Indian languages, others offer in-depth conversations about a host of offbeat subjects.

Some of the shows that listeners can look forward to are:

ŌĆśBegin The JourneyŌĆÖ is airing from March 2, and is hosted by Ashish Vidyarthi, film actor and motivational speaker.

ŌĆśSmile IndiaŌĆÖ hosted by Shifa Maitra with new episodes every Monday and Thursday.

IVM Podcasts with its exciting, quirky and fun shows offers many options to engage all kinds of audiences. Some of its most successful shows include, Cyrus Says hosted by Cyrus Broacha, The Habit Coach hosted by Ashdin Doctor, Ponniyin Selvan hosted by Kavitha Jeeva, Paisa Vaisa hosted by Anupam Gupta and The Edges and Sledges ŌĆö a cricket podcast whose hosts are ordinary Indian cricket fans based in Singapore, London and Cincinnati. 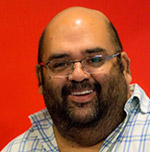 Amit Doshi, Founder of IVM Podcasts, said, ŌĆ£It has been an amazing journey for us and I canŌĆÖt believe we are celebrating our fifth anniversary. It's exciting to have 100 shows hosted on IVM, as the goal was to bring podcasts to India at scale. Even though we have just begun we are humbled and happy to see such a great response.ŌĆØ

Kavita Rajwade, Co-founder of IVM Podcasts, said, ŌĆ£It feels surreal to see what we have achieved. Our constant effort has been to bring forth all types of podcasts to the audience and we have tried to cater to a wide spectrum of preferences. With our five new shows we take this ideology forward continuing pushing this medium. We are overwhelmed by the responses of the audience and it only makes us more dedicated to deliver our best.ŌĆØ