Commentary: Why seeking suspension of TV ratings is a bad idea

Some news channels reportedly reached out to MIB to suspend TV ratings, which was countered by NBF. Meanwhile, sources in the ministry on the condition of anonymity told BestMediaInfo.com that BARC India will continue reporting weekly data across all genres 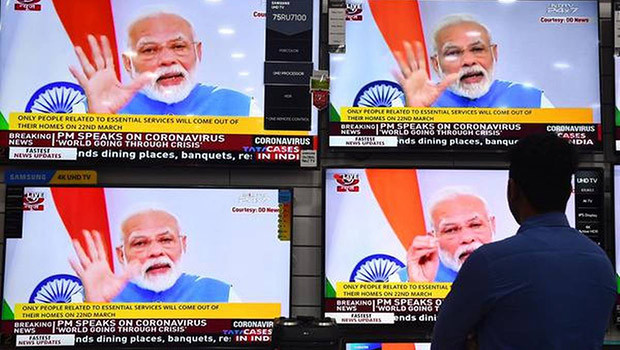 Imagine the news viewership numbers witnessing a massive growth in Week 12, which will be one full week of the complete lockdown — March 21 to 27. So much so that Hindi news channels surpass ahead of all the Hindi general entertainment channels. Also, imagine if viewers or the broadcast industry would not be told about this.

At a time when news channels are being hailed for their public service in disseminating information across the country, ironically, the commercial interests of news broadcasters are starting to become paramount.

When Arnab Goswami in his capacity as the President of the News Broadcasters Federation wrote to Minister of Information and Broadcasting Prakash Javadekar on Monday about the alleged attempt to get television ratings suspended during the coronavirus crisis, he said "vested interests" were behind this move.

Despite the fact that most of the genres other than news are anticipated to lose viewership because they have run out of fresh content due to the lockdown, it was clear from Goswami’s statement that the “vested interests” were in the news segment itself.

The pandemic crisis has resulted in an unprecedented lockdown, which is set to throw up unprecedented viewership numbers for news channels. They have the opportunity to prove the might of the entire genre. Still, why would a few news channels not want ratings?

Goswami pointed out “commercial interests” behind their bid to get the ratings suspended. In a “breaking news” or “big news” situation, the number one brand, with the highest brand recall, gains most and widens the gap from the rest. Aaj Tak and Republic TV are set to be the biggest beneficiaries among the Hindi and English news channels, respectively. If the lockdown continues, this huge gap will remain for weeks and could have an impact on ad rates after 4-6 weeks.

BestMediaInfo.com on many occasions has advocated for the four-week rolling viewership data for news channels with sound logic that the step may help improve their quality of content, which is often compromised in the weekly viewership race.

The same logic was propagated when certain news channel/s allegedly reached out to MIB to suspend the BARC ratings. It was argued that in order to remain ahead in the race, news channels might be sensationalising news and hence suspending ratings would improve the quality of content.

When the four-week rolling data, which was termed as a viable option in normal circumstances, could never see light of the day, it is more unlikely that the broadcast industry would ever think of “no data”.

When the said news channels make a point that this is the right time to suspend ratings to contain ‘sensationalisation’ due to the weekly viewership data, the reality is quite the opposite. If the news channels are risking the lives of their ground reporters, the viewership numbers will be nothing short of a reward by the viewers.

Further, the viewership numbers will ensure the continued and, more importantly, intensified support of advertisers to the news channels.

Advertising has already been affected because most of the businesses, barring essential services and products, are shut, and no data would mean status quo in the distribution of the remaining advertising monies across genres. This distribution will either be on the basis of the last four weeks’ average or gut feel. In this case, an advertiser will continue to spend money on a certain genre or channel even if that genre or channel has lost its viewers to news. And all of this is despite the fact that the expense on newsgathering increased multi-fold during the lockdown.

Highly placed sources in the ministry on the condition of anonymity told BestMediaInfo.com that BARC India will continue reporting weekly data across all genres. “The status quo is maintained,” the source said.

I will write about the lapses in quality across the news genre in my next commentary piece but for now, it is time for the news channels to both make and break it. If all the news channels feel somewhere that they are doing public service, they should do it without keeping viewership in mind. Today a channel can earn TRPs by trivialising things but it would be tough for them to correct their broken images. Those who are trying to win viewers’ hearts with their sensitivity and sanity too shall be remembered for discharging their duties in the toughest times and conditions. In both cases, both types of news channels should know their viewership numbers. So do the advertisers who can decide about their advertising monies in such a tough environment wisely.

Tags: Commentary TV ratings is a bad idea
Advertisment
More from this section