Last Week, Hindustan Unilever filed a suit against Reckitt Benckiser in Bombay High Court for an advertisement allegedly disparaging the former’s soap brand. Reckitt later agreed to suspend the ad from March 22 to April 21. But is it the right time for leading brands to indulge in such practices? Experts believe that these are extraordinary times and brands should be more sensitive to the environment they operate in 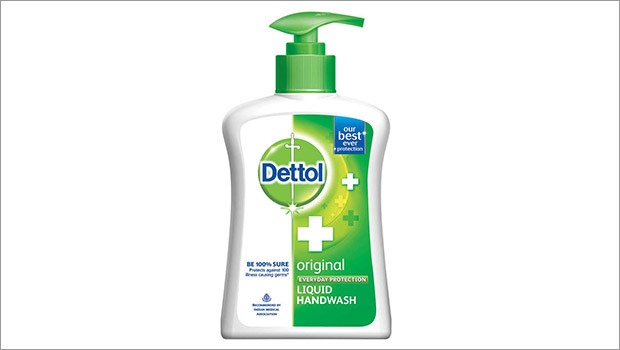 Just like the government, brands have an important role to play in communicating the right messages to the public.

However, even in these trying times, a few brands aren’t shying away from making the most of the situation and profiteering at the cost of misleading the public.

Last Week, Hindustan Unilever filed a suit against Reckitt Benckiser (RB) in the Bombay High Court for an advertisement allegedly disparaging the former’s brand of soap by claiming that Dettol liquid hand wash is safer than the red soap (HUL’s popular soap brand). Reckitt later agreed to suspend the ad from March 22 to April 21.

But a company that manufactures India’s most popular domestic hygiene product flouting the government’s and World Health Organisation’s guidelines to claim that liquid hand wash works better than soap hasn’t gone down with brand experts.

Especially, when the country is trying its best to contain the spread of the Covid-19 outbreak.

“At a time when every medical expert is saying washing hands with any soap will help in killing the virus in the hand, the brand’s strategy looked very ill,” said Ramesh Narayan, Founder, Canco Advertising.

This particular matter is currently sub-judice and ASCI, the advertising industry regulator, will not be looking into it.

“Unfortunately, RB is making a habit of making such ads. What they have done goes against the principle of fair play,” shared Narayan.

According to Harish Bijoor, Founder, Harish Bijoor Consults Inc, it is a time of health emergency and it is not the right time for brands to practice marketing warfare. “The RB and HUL battle is unnecessary and badly timed and odious. This is surely not a time for marketing cannibalism. Do it in times of peace. Not in times of war. And this is a war,” he said

Comparative advertising can be helpful for brands but not disparaging one. In times of crisis, brands should create gracious communication that makes a positive impact on consumers.

“Marketing is not a war in any case and brands should try and come up with gracious communication for consumers. Such communications make a positive impact on the mass,” Narayan said.

Misleading advertisements erode consumers' trust and adversely affect brand equity and in a pandemic, advertisers should be extra cautious about what they communicate and how they communicate. “Clean and honest advertising is the least they can offer as their social responsibility and educate consumers who are panic-stricken and looking for the right product solutions,” said Shweta Purandare, Secretary-General, ASCI.

“While comparative advertising is permitted, the claims have to be truthful. Our current guidelines take care of the potential issues — it is all about self-regulation and responsible advertising,” she adds.

The matter related to the Dettol ad

HUL filed a plea before the court against RB seeking a hold on the broadcasting of the advertisement and damages to the tune of Rs 1 crore for allegedly creating scare amongst the general public by falsely propagating that soaps are useless.

A single-judge bench of Justice K R Shriram heard HUL’s plea on Friday. The matter has been adjourned till April 20, 2020 after a statement was made on behalf of Reckitt Benckiser that the said advertisement will be suspended for the time being.

HUL, through senior counsel Virag Tulzapurkar and advocate Hiren Kamod of Khaitan and Co, argued, “Other products including alcohol-based sanitisers are recommended only when soap and water is not available. Nations across the world are communicating just the opposite and asking people to wash their hands with soaps and water.” Senior counsel Chander Lall for RB (Dettol), however, opposed the plea and submitted that HUL could not prove that the soap shown in the advertisement is their product and therefore there was no infringement.