In-depth: Traditional media versus new-age disruptors: Who will win the long race in digital news publishing?

India’s digital news publishing ecosystem is at a crossroads. Traditional media platforms are ramping up digital presence while new-age aggregators and players are disrupting the market. Who will win the battle of monetisation and traffic? The jury is yet to be out 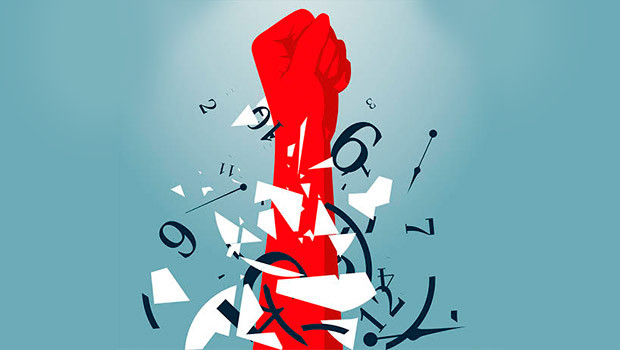 India is the second largest news-consuming nation with about 282 million unique viewers, according to the recent Comscore data.  The Times of India Group’s digital platforms have a unique visitor base of over 250 million.

But after that, most traffic goes to aggregators such as DailyHunt and Inshorts, along with other legacy outfits.

Digital news publishing is a place where any new player could disrupt the traditional players in a matter of months. And in several niche segments, it has already happened.

According to Sanjay Sindhwani, CEO, Indian Express (Digital), said, “In a competitive environment, where huge VC funding can disrupt established profitable businesses, it is so much easier to disrupt a small start-up. So, it is all about getting deep funding so as not to get disrupted by someone else with deeper funding.”

But does that mean new-age platforms such as ThePrint, The Quint, The Wire, Scoopwhoop and Scroll can pull the ad monies from the legacy players that already have well-oiled sales machinery?

He added, “Platforms such as Inshorts and The Quint will continue to be in business, as their acquisition strategy continues to focus on the digital loyalists. These platforms have changed the news consumption pattern by providing much easier ways in comparison to any conventional news apps. Besides, their advertising models are data and insight-driven, which offer sharper and intelligent targeting to its advertisers which should make them continue to grow.”

Some think the future of independent platforms at a time when there’s intense competition from the likes of Indian Express, HT Digital, Times Internet and NDTV Digital, remains dependent on how lean the operations of these smaller platforms can be.

According to Gautam Sinha, CEO, Times Internet, “Survival is a function of your product/ market fit (engaged quality/ loyal users) and your cost structure to deliver it. Anyone can survive if they manage the cost and the business model right.”

Currently, the total advertising market for news publishing in India is in the range of Rs 1,500 crore out of which almost 30% is controlled by Times Internet. Players such as Network18 Digital, Indian Express, NDTV Online, India Today Digital and HT Digital Streams are less than Rs 200 crore in terms of revenue.

Subscription has opened up as another revenue stream but its overall impact is insignificant.

“Theoretically, independent organisations have a sure chance if their operations are lean and they produce content that a large segment of users find valuable and are able to scale up fast enough,” added Sindhwani.

“Also, there are niches where profitability and survival are possible— those who have figured out their business models with a combination of ad revenue, consumer revenue, events adding up to a sustainable balance sheet. The challenge in the niche model is that it is difficult to scale beyond a point,” Sindhwani explained.

Experts believe the new-age platforms have better user insights and their technology helps them to target users better, allowing brands to extract a better return on their investment on these platforms.

Among all the players operating in the online publishing space, Times Internet (TIL) has the lion’s share, both in terms of profits and audience. Times Internet’s Sinha said TIL’s focus is on sustainable profitability (of 30-35% PAT) at scale. “Additionally, TIL realises its responsibility as a thought leader, nurtures ambition to shape where the industry is headed,” he said.