Deshmukh doesn’t fear failures as they motivate him more to move ahead. A fan of Steve Jobs, he believes in striving hard to achieve what he wants even in toughest conditions 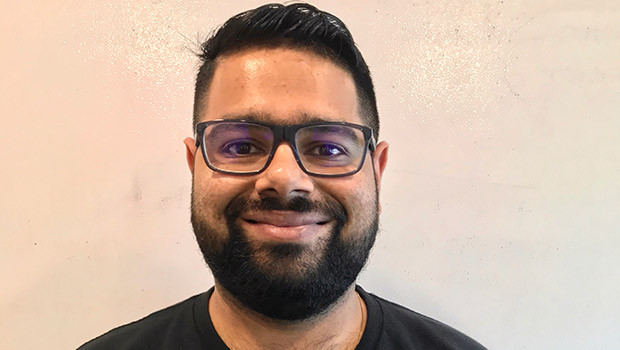 A big fan of Steve Jobs and his vision of ‘Stay Hungry, Stay Foolish’, 29-year-old Shreyas Deshmukh had always strived to push hard to bring out the best in him.

“One common thing that I have learned from my role models is to strive hard for what you want no matter what. It’s good to have failures because they teach you a lot and motivate you to push yourself ahead,” said Deshmukh, Senior Brand Services Manager, Social, FCB Interface, who considers his father and Steve Jobs as his role models.

Since his schooling days, he had an inclination for things related to science and technology but interest for social media happened in 2011.

“I got interested in social media back in 2011 when I was in college. The atmosphere back then was exciting to try a new platform giving competition to Orkut. No one knew Facebook would become the largest social media platform in the world at that time,” he said.

In 2012, Deshmukh joined the social media team at Digital Law and Kenneth (Now L&K Saatchi & Saatchi) where he worked for brands like Parle-G, CSIA Mumbai Airport, Tata Capital, etc., and handled social media channels, including writing content and ideating for brands. “My first campaign ever where I contributed was Parle-G’s #BeCurious (Roko Mat Toko Mat) and to date, I feel proud to be a part of it,” Deshmukh joyously said.

At present, Deshmukh leads the social media and ORM team at FCB Interface (an IPG Group Company). He feels the journey so far at FCB has been exhilarating. He handles clients from automobiles, entertainment, FMCG and other verticals.

“My role is to work with the business, strategy and creative teams to provide the best solutions, helping them grow in the digital space through content, campaigns and moment marketing,” he said.

Deshmukh says FCB Interface is one of the few agencies that truly do integrated advertising. At FCB, he was able to learn various aspects of ATL advertising and improve his digital knowledge too.

He said “The Punishing Signal- #HonkResponsibly” campaign was one of the most recent projects that he had fun doing for Mumbai Police.

“I feel elated to be a part of this campaign where celebrities, politicians, cricketers and people, in general, came together to show their support for the initiative across the digital ecosystem. FCB’s core proposition of ‘Never Finished’ always pushes me to think differently every time,” he said.

According to Deshmukh, social media gives that opportunity to showcase skills, explore avenues. As a gesture of giving back to the community, he spreads knowledge of social media topic through lectures at various institutes.

Speaking on catering new clients v/s key clients, Deshmukh said, “For me, every client possesses an opportunity to bring the best for them. There is no difference, but the requirements change for each client and that’s how solutions are catered.”

“In terms of challenges, time is of critical importance since social media functions 24x7; so we have to be prepared all the time, be it a trending topic or a crisis,” he adds.

His biggest weakness is that he keeps on trying to dabble in many new things to be updated whereas he believes he should focus on building his expertise in a few.

Motivating videos and articles give him a lot of self-motivation. He is also a big fan of Simon Sinek and his book ‘Start with Why’.

His biggest achievement so far for him has been getting awarded for the campaign #DoorsOfIndia (Brand Tata Steel). “I have executed this campaign in my previous organisation and we were awarded the Kyoorius Baby Elephant for it.”

However, he thinks that the best is yet to come.

Speaking on the most challenging project so far, Deshmukh said, “For Mahindra Rise, the brief was to highlight the brand’s initiatives of ‘Zero-Waste-to-Landfill’ digitally. Since plastic pollution and waste management are pressing issues in our country, we wanted to give this a different spin for #CutTheCrap campaign.”

“Through a social experiment, we highlighted how three dozen of plastic is problematic for humans in a swimming pool; imagine the same for our aquatic animals in the oceans. Along with it, we took it ahead on social media through posts, partnerships, clean-up drives and UGC content to drive the message forward of #CutTheCrap,” he adds.

He is also passionate about aviation and probably would have chosen it if not social media.

In his free time, he likes to watch videos related to aviation and learn about it. He also plays simulation games and binge-watch shows.