From a photography enthusiast to a design and motion graphics expert now, Mallapur’s journey has been quite interesting. The 26-year-old believes not doing anything helps when he faces a creative block 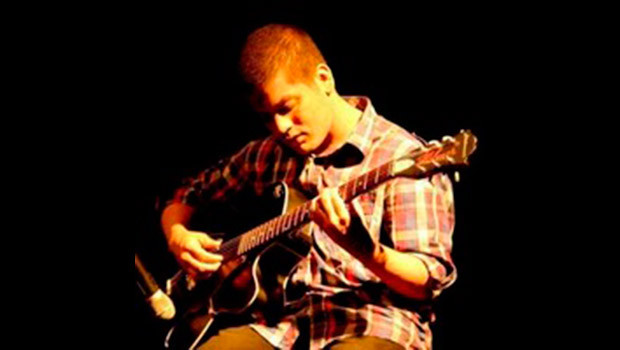 Kartik Mallapur got his calling for design and motion graphics in the second year of his college after creating designs for visual communication modules. Before that, Mallapur was a photography enthusiast and learning photography in detail was the reason that he opted for vis-com.

Mallapur has done his schooling from Mumbai and Delhi and college from Pune’s Symbiosis with majors in Media Studies.

The 26-year-old creative soul believes not doing anything helps when he faces a creative block. Within a few years of his professional journey in the space of design and motion graphics, he has grown from a designer to Associate Director now.

“I started my career with FoxyMoron as a designer in 2013. After spending two years, I moved to the position of Art Director at The Glitch,” said Mallapur, now Associate Director, Design Innovations, FoxyMoron India.

Mallapur started his second innings at FoxyMoron in 2017.

“I came back to FoxyMoron in 2017 in a different role. Currently, I head animation and oversee post-production work here,” he said.

“I also look into 360 videos, AR and VR integration in campaigns and experiment with new innovations coming in the market,” he says.

Mallapur has a multifaceted role in the agency, looking into design, animation and technology. He has played a key role in developing some award-winning campaigns for brands such as Hershey's India (Meethe Bahane), Colgate (Singing Dentist), etc.

Sharing his experiences, Mallapur said, “The experiences so far have been great. I have been able to dabble in multiple roles, as a designer first, now leading a video team. There is always something new to do.”

“In Glitch, my work was more design-oriented and back then a lot of content in social media, in general, wasn’t very dynamic. It was more focused on static creatives. Around the time I shifted back to FoxyMoron, the whole trend of video caught on and that’s when I switched to motion graphics,” he said.

Working for Bisleri Pop during his first stint at FoxyMoron is one of the best memories of his work with fun. He feels his recent work for Dream 11 was also quite interesting.

“We worked on making GIF and animations for the client and it was one of the most fun-loving projects. Most recent works were for Dream 11 where we made a set of animated videos for their HR activities,” he said.

Remembering the toughest project so far, Mallapur said, “The most difficult one was my first-ever project of Castrol FIFA for the FIFA World Cup. The learning was immense, I had a great experience working but it was quite taxing.”

According to Mallapur, his biggest strength is his ability to adapt things faster. He calls himself a quick learner. But on the other hand, his major weakness is his attachment to his ideas and work.

People working in the creative space shouldn't get too attached to their work, and basically embrace criticism, he says.

Projects for Colgate, Dream 11, Bisleri Pop are some of the projects close to Mallapur’s heart considering the amount of hard work and creativity he has put into these works.

What he loves the most about his profession is that it is not stagnant. “Every day there is something new to do and that’s what I like the best about my profession. Stagnancy is the rarity here,” he said.

He follows a lot of animators and agencies on Instagram as this gives him an idea about latest trends and experiments happening around the globe.

“When I face creative block, I just go into a zone and do things I feel like doing. From binge eating to playing the guitar, sleeping and sometimes doing nothing help me get over the blockage. Doing nothing helps a lot,” he emphasises.

He says any design is good if it is catchy and quirky. Any graphic designer could do it if the idea and their touch to the design are smooth. It is also not required for the idea to be huge; it could be minor and simple. “It’s the little touches that matter in animation,” said Mallapur.

Speaking about the presence of current talents in design in the industry, Mallapur said, “The current talent is quite nice. The quality of the design output has gone up from what it was 10 years back. It has improved brilliantly.”

If not into designing and art, he would have been a photographer. “I wanted to do when I entered college but I feel it just shifted over time,” he shared.

But he has still kept his photography skills alive by making it a part of his hobbies. Apart from it he plays the guitar, Lego in his free time, which is a rare blessing for people who work in the space of media and advertising.