Talking about the results that voice search can deliver for a jewellery brand, Sujala Martis, Consumer Marketing Director, Platinum Guild International (PGI), said, ‚ÄúVoice search is being hailed as the next big thing on digital. But it is still at a nascent stage in India. Hence, we also wanted to test it.‚ÄĚ

‚ÄúWe will be looking at response from an organic level first, as there are pretty much zero benchmarks for something as nascent. With all the clutter and fragmentation, its only innovation that helped drive a deeper impression or engagement ‚ÄĒ technology for our TG is also a seamless fit,‚ÄĚ she said.

PGI has also been exploring AI possibilities on its digital assets as well at point of sale, to be able to showcase a range of designs and offer product trials.

Commenting on the campaign, Martis said, ‚ÄúWe want to focus on and celebrate relationships built on a modern, progressive value system of equality, respect, friendship and partnership.‚ÄĚ

An extension of this very thought is the ‚ÄėLove Bot‚Äô. Being one of the features of the campaign, it works in the form of a voice-based ‚ÄėGoogle assistant‚Äô. It suggests meaningful ways to celebrate the day and aims to encourage consumers to interact with the brand.

‚ÄúI have a question for you‚Ä¶a kiss is great, but how can you make it feel even greater? Certainly not by fixing a particular day for it. ???? A little reimagining could make your Valentine's day a lot more meaningful. If you'd like to do that, why don‚Äôt you just ask me directly? Step 1: Initiate Google Assistant on your phone Step 2: Say, ‚ÄúTalk to PLATINUM LOVE‚ÄĚ Step 3: Ask any question you‚Äôd like, and be #GreaterTogether.‚ÄĚ -???????????????? . . . #monthoflove #platinumdaysoflove #pt950 #rarelove #platinum #platinumlovebands #lovebands #platinumrare #couplegoals #love #lovegoals #relationshipgoals

PGI to undertake a 360-degree marketing plan to push demand

In a predominantly gold market, PGI has been ensuring that platinum fills an important gap in the jewellery market. Through its marketing efforts, the organisation is shaping up knowledge and appreciation for the metal both at the retail end and consumer end.

‚ÄúOur initiatives are deployed through all mediums. We use TV for impact and reach in order to connect with consumers. Print/outdoor really does the task of talking design and romancing the metal while making sure the consumer knows where to access what he/she sees, hence building traffic at the retail store level,‚ÄĚ Martis said. 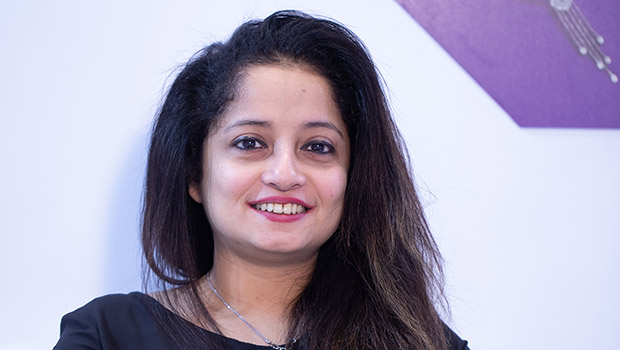 Talking about the use of digital as a part of its marketing plan, she said, ‚ÄúGiven our affinity among a younger TG, digital is a critical medium and we use the whole digital eco system towards that end. A vibrant mix of social, OTT and publisher platforms help us achieve our objective and multiple assets are developed basis that. Our digital strategy focuses on creating awareness, building an understanding of the platinum differentiation, influencing behaviour and building connections.‚ÄĚ

The brand also strategically uses influencers, bloggers and celebrities to encourage and draw consumers into the category.

PGI runs various programmes, both direct to consumer and in collaboration with jewellery retailers and manufacturers in four markets: China, Japan, USA and India.

In India, it has a flagship in-store awards and recognition programme for all the key retail partners called ‚ÄėSeason of Love‚Äô (SOL). Over the years, Martis said that it has become one of the biggest retail activations in the jewellery sector.

‚ÄúIt is the only time one sees a promotion on platinum. Through SOL, retailers offer an array of exclusive offers and rewards to consumers. The best performers in terms of stores as well as staff are recognised and awarded at the end of the SOL programme through a grand awards ceremony. Such programmes provide an incentive for retailers to promote platinum, as well as boost the morale of store staff to perform better,‚ÄĚ said Martis.

Through strategic and sustained trade and marketing programmes, PGI has opened up various avenues and business opportunities when it comes to platinum.

To this, Martis added, ‚ÄúOver the years, we have noticed that a substantial amount of the demand for platinum jewellery comes from the South. With our partners, platinum in retail has spread way beyond the tier 1 cities today.‚ÄĚ

PGI‚Äôs ‚ÄėPlatinum Jewellery Business Review 2019‚Äô report stated that platinum market in India has witnessed consistent growth on the back of its strong trade and marketing initiatives and its strategic partners have reported a growth of 26% in platinum sales in 2018.