They were CCOs for the West region until now. While they will oversee all creative work across markets in India, they will also continue to lead creative hands-on in Ogilvy Mumbai 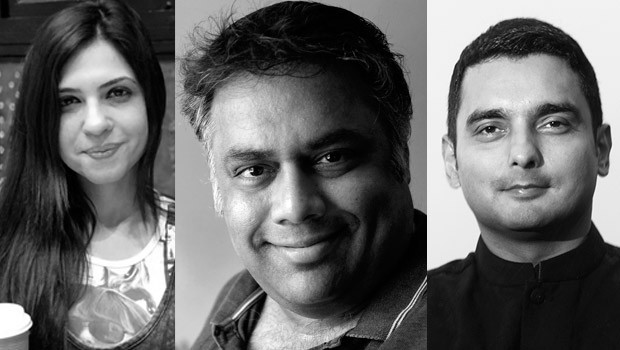 Following the exit of Sonal Dabral, Chief Creative Officer South & South East Asia and Vice Chairman Ogilvy India, Kainaz Karmakar, Harshad Rajadhyaksha and Sukesh Nayak have been given the joint responsibility of driving Ogilvy India’s creative product and reputation, as Chief Creative Officers, Ogilvy India. They were CCOs for the West region until now. While they will oversee all creative work across markets in India, they will also continue to lead creative hands-on in Ogilvy Mumbai.

In a press statement, Ogilvy India said, “As we continue to drive internal transformation to stay at the forefront of the creative communication industry, we are clear that our success is built on the width of magnetic, memorable creative work we do for our clients. Across platforms. Across devices. This is what differentiates us.”

Karmakar, Rajadhyaksha and Nayak are amongst the most talented, celebrated young creative leaders in the industry today, and together they will now shape the creative work that defines Ogilvy India, the statement said.

Nayak joined Ogilvy in 2000. He is a quintessential Ogilvy leader – all heart and full of passion for great work. His ability to tell compelling stories is evident across his body of work on Mondelez, Tata Sky, Asian Paints, Bajaj Auto, Unilever, Star TV, Castrol, Wildstone, JSW, Tata Salt, Pantaloons, Shan Masala, Fortune Oil, Amazon, Google, UNEP and the ICC Cricket World Cup, among others. Over the years, Nayak’s work has been recognised at national and international awards, including Effies, AMEs, Kyoorius, Adfest, Spikes, D&AD, London International Awards and Cannes. The one accolade he treasures most, however, is the phone call that he received from his father after the Google Reunion campaign went viral.

Karmakar, Rajadhyaksha joined Ogilvy in 2010. They are fantastic client partners and incredibly talented creative leaders. Their work on Brooke Bond Red Label, ITC Savlon and Unilever Start A Little Good has been widely recognised, and their water conservation work has been awarded at advertising and film festivals around the world. In 2017, they were instrumental in Ogilvy India’s record number of Cannes Lions; nine in a year. In 2018, Savlon Healthy Hands campaign won Asia’s first Grand Prix for Creative Effectiveness at Cannes Lions. In the course of their careers, they have won many global awards across Cannes, One Show, Clio, D&AD, D&AD Impact, Spikes, AMEs, including the coveted Cannes Glass Lion.

“I consider myself very fortunate to have on my team three partners who have made a huge impact on Ogilvy’s creative leadership, and an even more significant difference to Ogilvy’s partnerships with clients. This promotion could not be more deserving!  I am extremely proud to have Kainaz, Harshad and Sukesh on our India team. They are the future of Ogilvy and I am confident they will be the game changers in Ogilvy,” said Piyush Pandey, Chief Creative Officer Worldwide & Executive Chairman India, Ogilvy.


“Sukesh, Kainaz and Harshad are powerhouses of energy and great talent.  Over the last few years, their work across some of our largest clients has been modern in expression and execution, and as inspiring and memorable as any trademark Ogilvy India work should be.  This is a rare and precious balance for any creative to strike.  They understand the value of hard work and deep client relationships and I am sure they will do a fantastic job of driving Ogilvy India’s creative product and reputation,” said Kunal Jeswani, CEO, Ogilvy India.