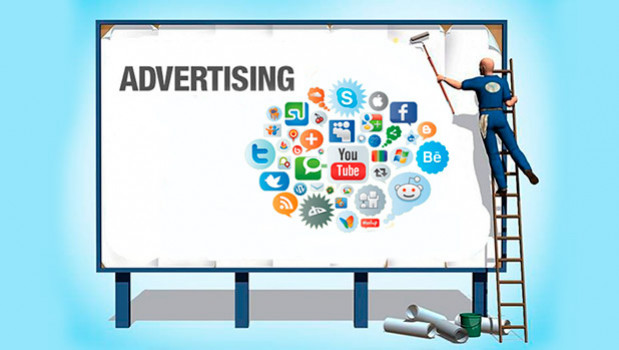 Key findings of the report:

- 56% of this growth has been contributed by Digital, which has expectedly grown by as much as 32%.  Traditional media has grown by mere 6%

- A quarter-wise analysis shows that unlike in most years, when Quarter 4 shows a blip because of the festive season, this year Quarter 2 showed a blip on the back of IPL, World Cup and General Elections and in fact Quarter 3 and Quarter 4 show a de-growth of 3% and 7% respectively.

- TV lost 1% share point and its share in the total Adex stands at 37%, demonstrating that it is vulnerable.

- FMCG continues to rule the roost in TV Adex, contributing 49% although its contribution came down by 1% share point in 2019. Telecom and Auto follow with 12% and 7% contribution respectively. Ecommerce category also gained dramatically during the year by as much as 20% and has reached Rs. 1,320 crore.

- There is a marginal decline in total FCT that has been telecast in 2019, perhaps because of disappearance of the FTA channels, unlike in most previous years when FCT has gone up year on year.

- In terms of revenue, Sports genre has grown the highest by as much as 47% and Hindi GEC by about 7%, which leads us to conclude that despite a soft market, these two genres have been able to command a rate increase.

- Print grew by 3% in 2019, lower than our mid-year projected rate of 5%. Whilst this is the third consecutive year Print has grown less than 5%, it continues to be the second highest contributor after TV with a share of 30%.

- FMCG, Auto, Education, Real Estate and Retail continue to be the main cash cows and contributed almost 50% to Adex in 2019. Ecommerce is fast emerging as an important category for Print and grew 14%, over 2018. Political Parties are estimated to have contributed Rs. 200 crore on account of  Loksabha Elections.

- Nearly 65% of Print’s growth of Rs 588 crore is accounted for by 4 categories – Education, Ecommerce, Real Estate and Retail.

- In terms of volume there is a 3% decline in 2019. Hindi publications continue to maintain the lead over English Publications, contributing 35% followed by English at a distant 25%.

- Digital Adex made impressive gains during the year and achieved a growth rate of 32.1% in 2019, the highest growth achieved by any medium in the year taking Digital Adex to Rs 15,467 crore.

- Digital has grown at a compound annual growth rate of more than 30% over last 5 years and now contributes 23% of Adex, an increase of 4% share points over last year.

- Search, Social, Video and Display have all equally contributed to the growth of Digital Adex, with each contributing between 20% to 30% to the total.

- Consumption of video is going up year on year and in 2019 video spends grew by as much as 59% beating the Digital adex growth of 32%. Almost all of Digital Adex (94%) is on mobile.

- Forecast for 2020 for Adex is muted. In arriving at projected growth figure for the whole year at 10.4%, Madison is guided by the expectation that the economy should bounce back in the second half of 2020 as indicated in the Government’s Economic Survey published on January 31, 2020. The agency therefore sees a subdued H1 for Adex and a buoyant H2, specially Q4.

- There would be a wide variation of growth rates across mediums with Digital medium leading the growth at 28.4% and ending the year with 27% share of Adex at Rs 19,854 to be precise.

- TV will continue to be the largest medium with a 36% share of Adex, but will have a subdued growth rate of 6.8%.

- Radio and Outdoor are expected to grow at 5% and 6% respectively and maintain their share at 3% and 5%.

- Cinema, amongst traditional media should grow at a high growth rate of 20.1% taking its spend to Rs 1255 crore.

Sam Balsara, Chairman, Madison World, said, “Whilst 2019 has been a tumultuous year for Adex, I believe Adex will grow dramatically over the next 5 years given that we are one of the larger growing economies of the world and already growing at twice the rate of global Adex (11% vs 5.4%). Despite this India’s contribution to global Adex is under 2%, which is bound to go up. Advertisers need to experiment more with media and do things differently to harness the power of media for Brands.”